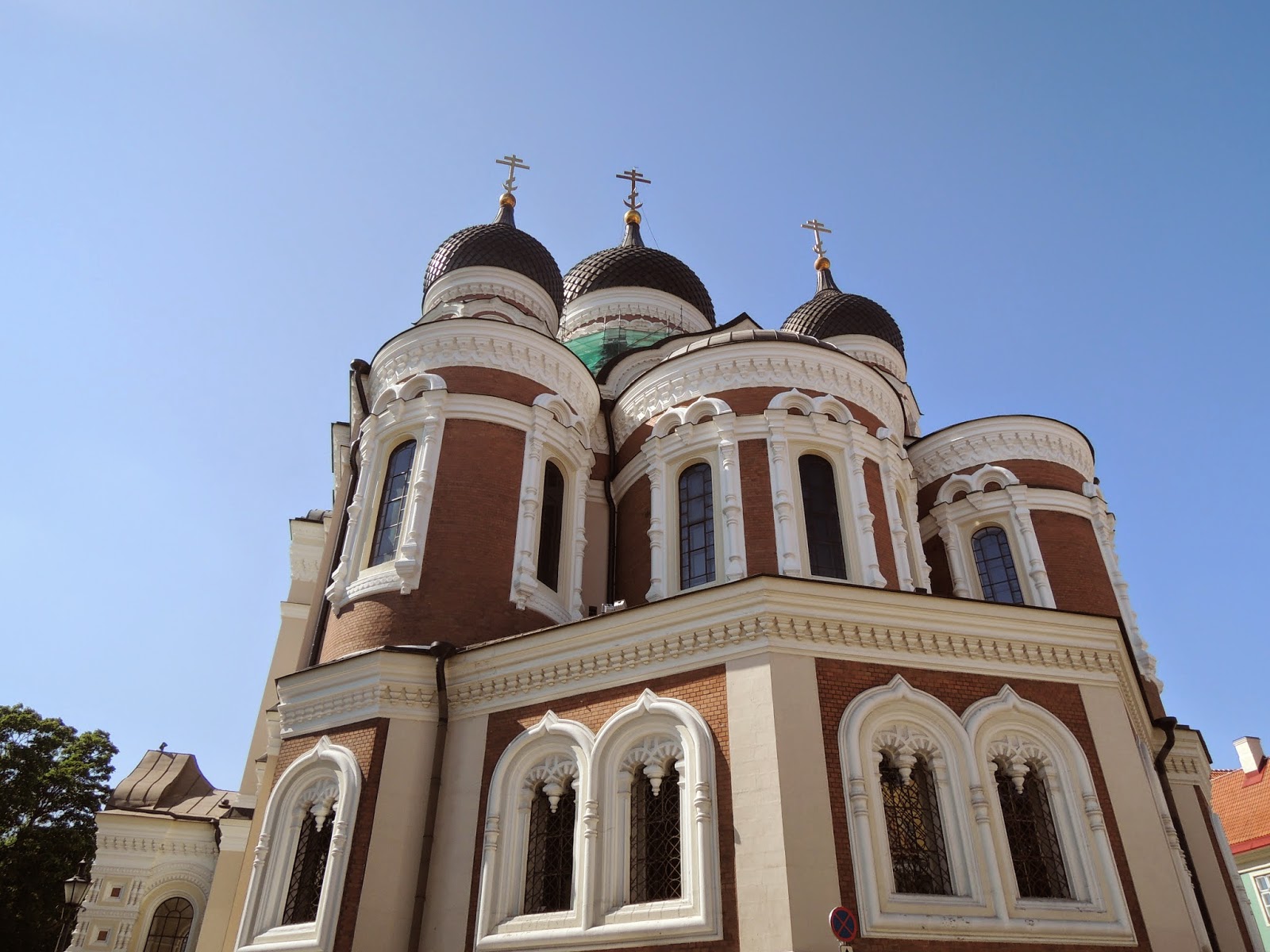 Our second port of call is Tallinn, Estonia. We spent our day in the city center historical districts with it's old cobblestone streets and beautiful architecture. 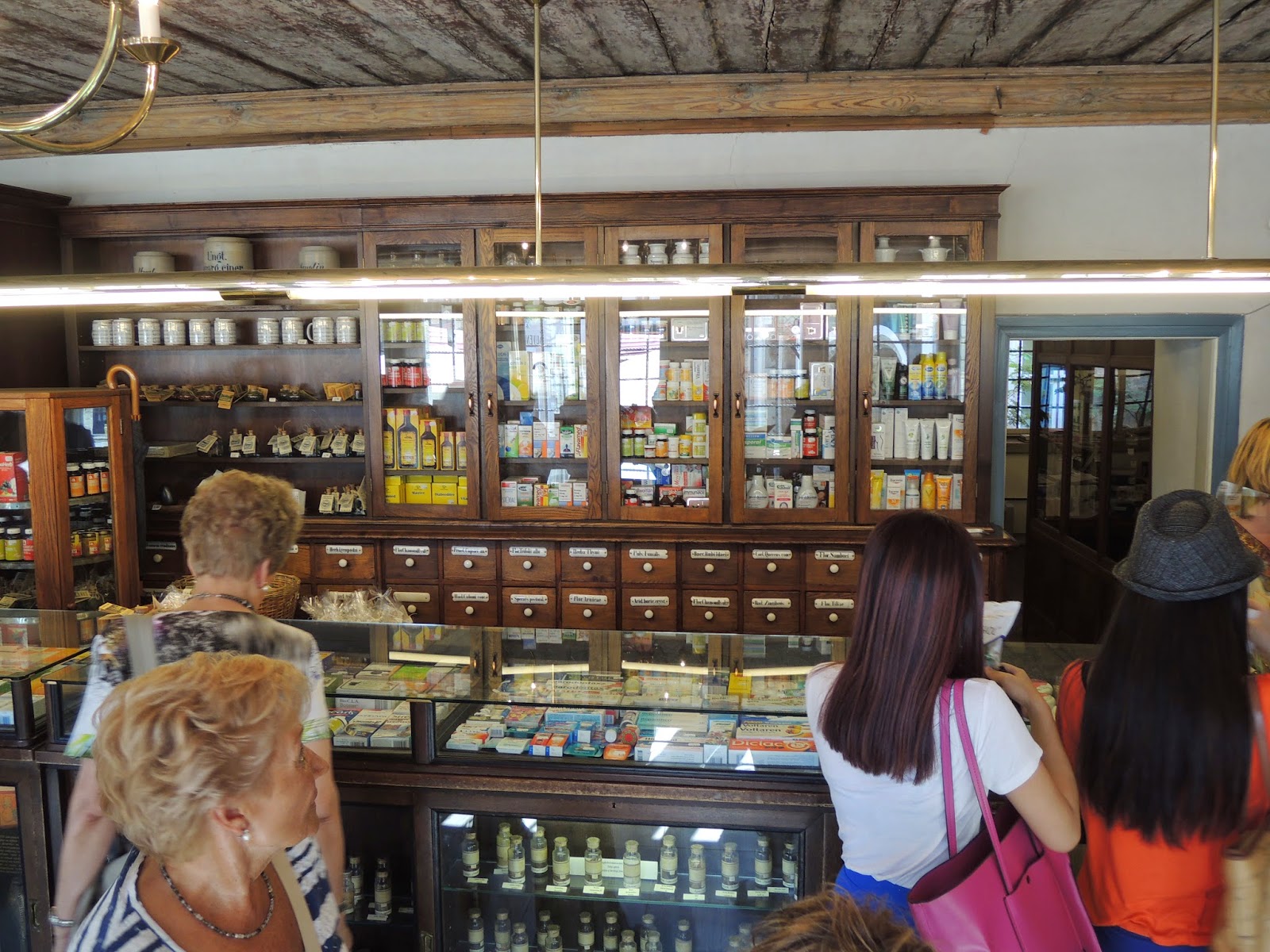 We found the oldest still operating pharamacy. It was pretty neat being part museum and part pharmacy, I'm sure the native population gets pretty annoyed whenever the ships roll in and clog up their place to pick up prescription medication. They had examples of medicinals, equipment (such as a ticture making device), and plant pressings with their medicinal usages all of them look older than say my whole country (which from anyone but the US point of view isn't that big a deal, but it's still a neat statment to make). 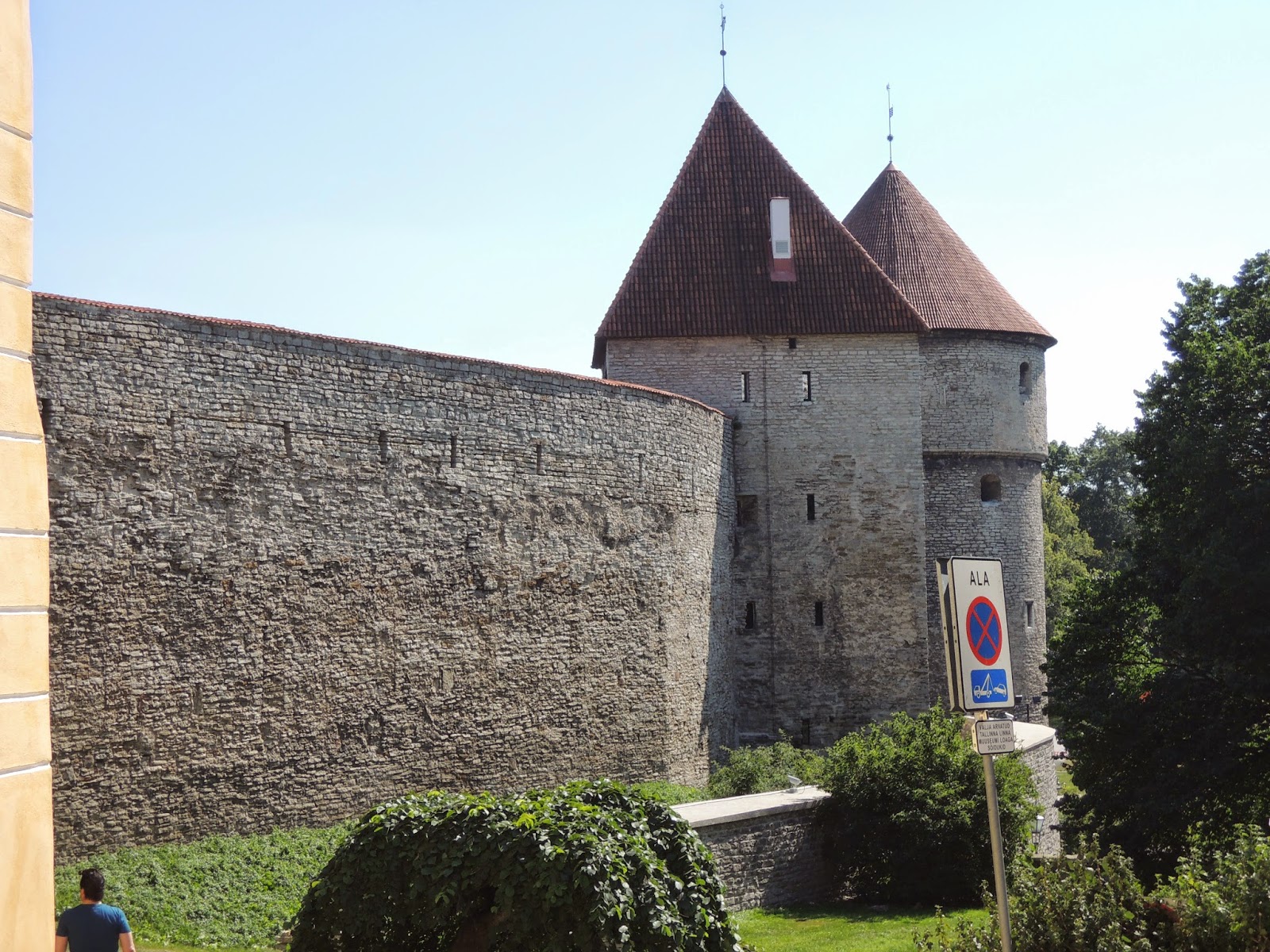 Wandering up this very steep hill found the King's garden, which would have overlooked the whole town if not for the modern buildings and condos (the price of progress). It looked more like a castle/fortification than a garden but it was meant to be open to the people, they converted the rampart access into a cafe instead of places where you put archers and get ready to dump burning oil upon your enemies ("and hear the lametation of their women" bonus points for those that get that reference). 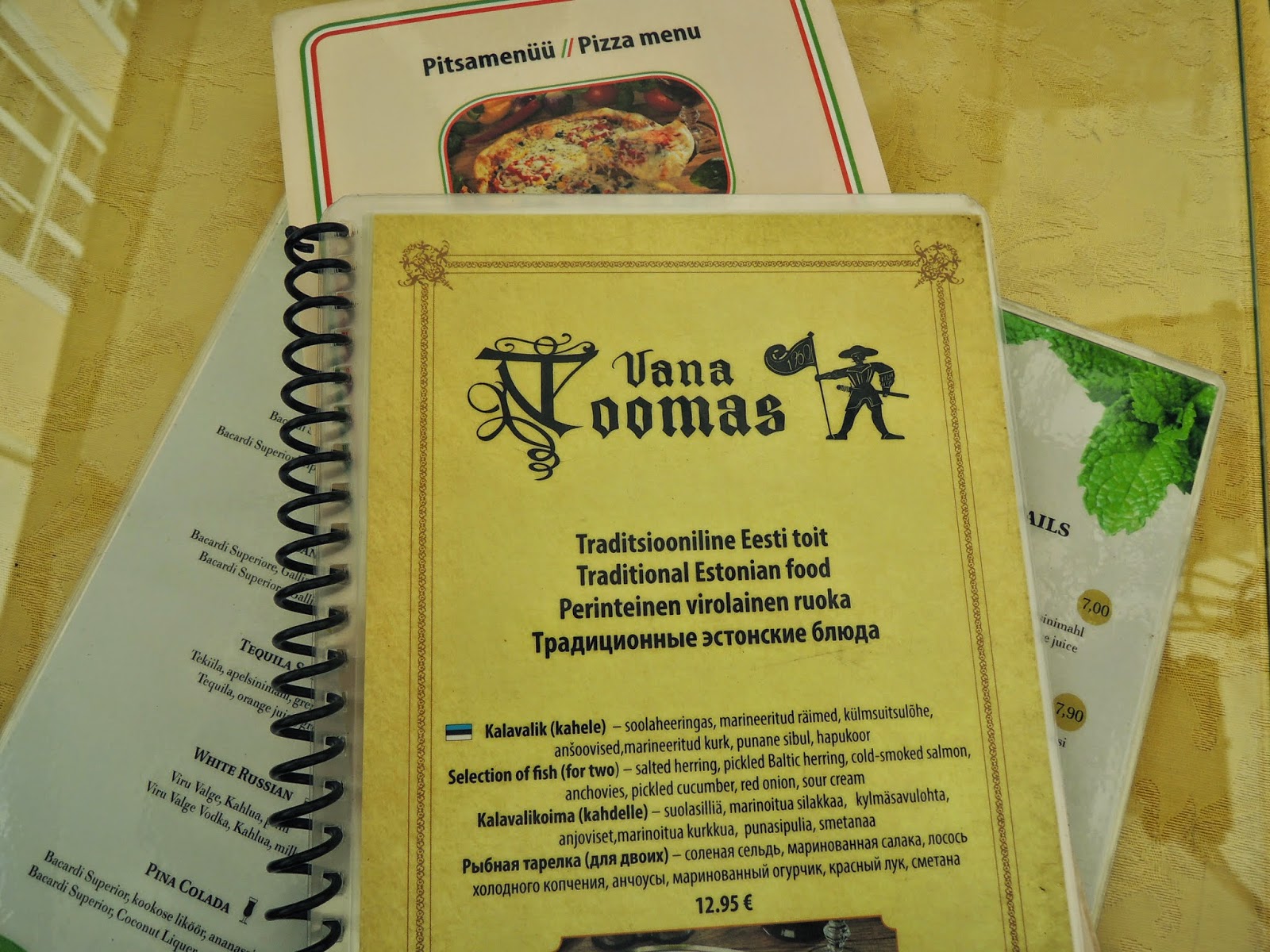 After our walking tour we made our way back to the townsquare and found a Traditional Estonia restaurant Vana Toomas. My wife was quite excited to see pork shank on the menu it was something she was searching high and low for in Warenmunder but the menus there were dominated by fish. In case you go looking for this place it's in the central townsquare facing the church entrance. 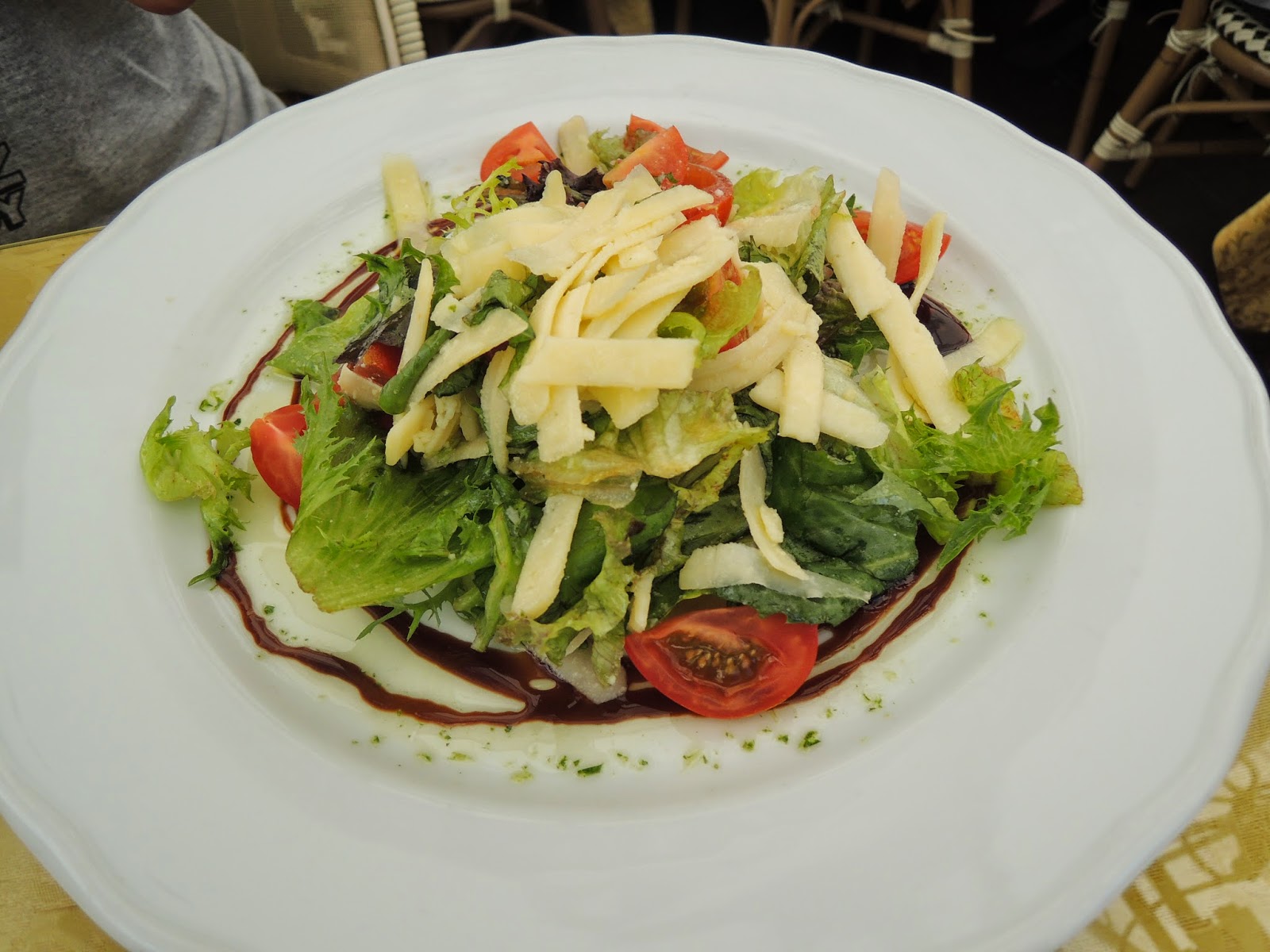 It's been a trip full of heavy foods so we started this meal off with a salad balsamic vinegar and oil. Of course we weren't to be disappointed in this being too "light" as it came with what looked like 1/2 a pound of chiffonaded parmesan on top. 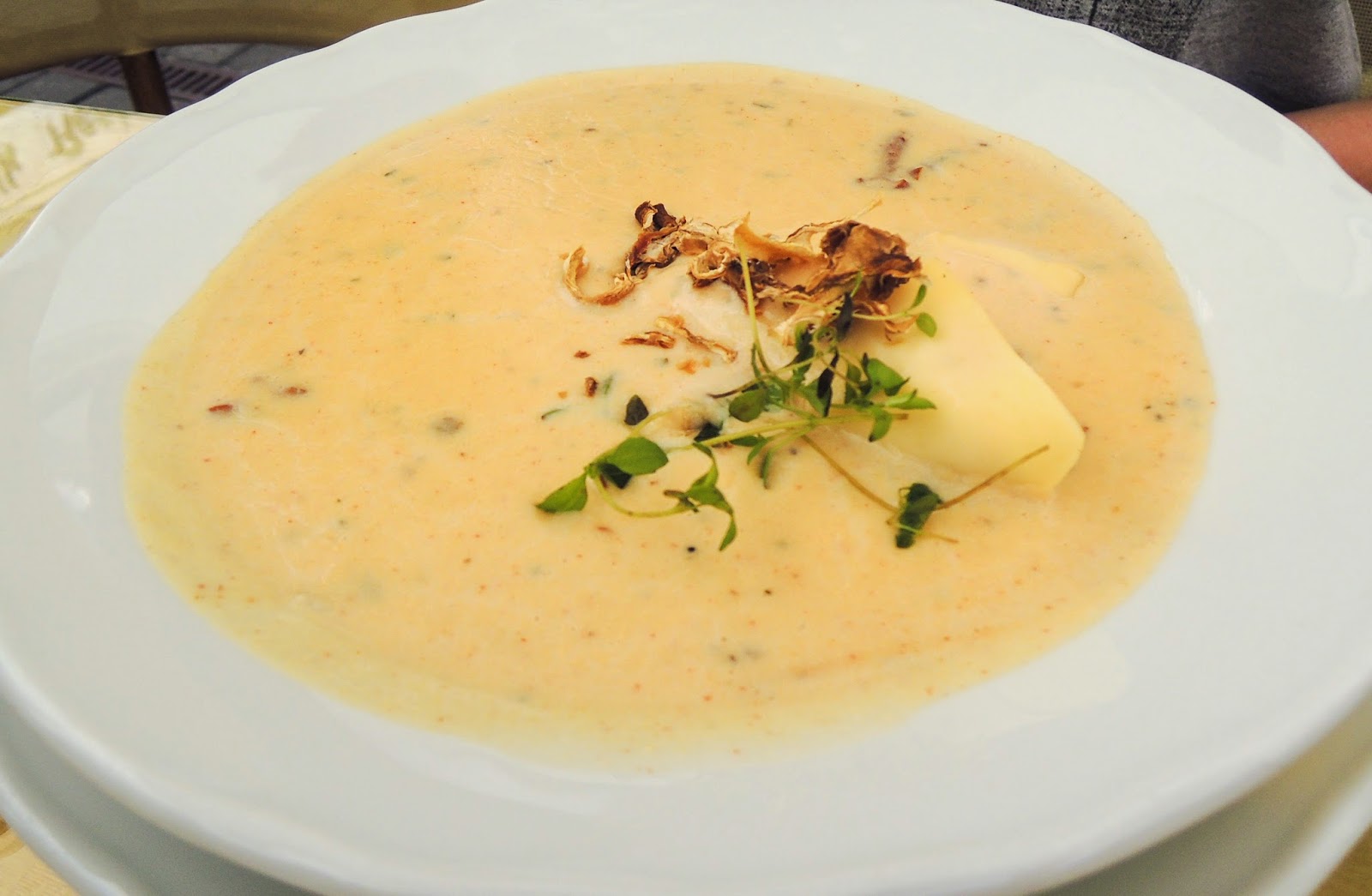 Koorene seene - guitsulohesupp (there's an umlaut over the o) Creamy Mushroom and smoked salmon soup. This was quite good they garnished it with some dried porcini the mushrooms used in the soup were reconstitued porcini, this was a very rich soup, they added what appeared to be two creme fraiche and smoked salmon raviolis and fresh oregano on top. Separately they were good (the soup especially) together they were a bit much. 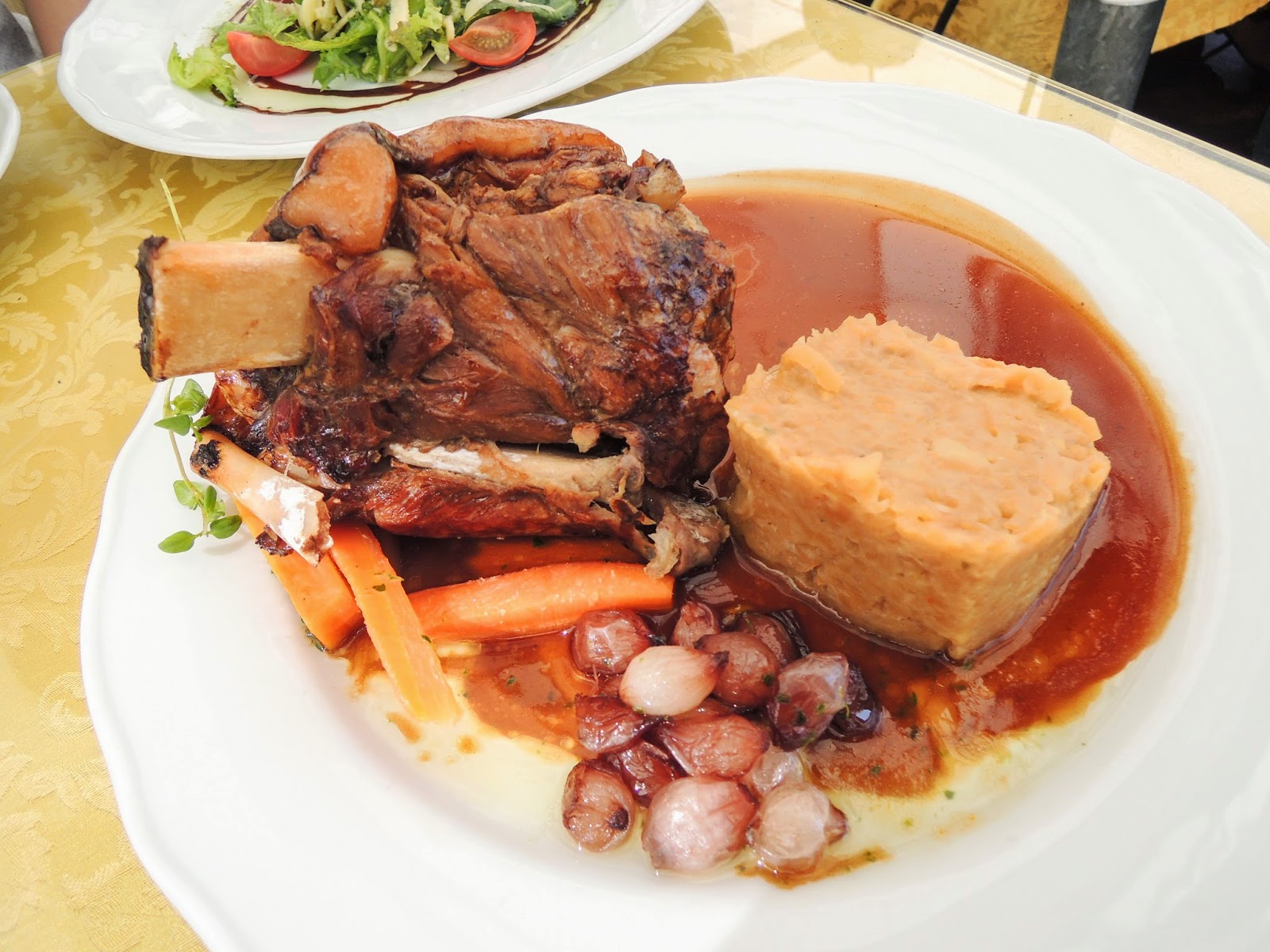 Finally the Suitsoon Seakoot - Smokey pork shank served with a turnip and ginger cake (they called it a puree) and rowanberry sauce. WOW very reminicent of an asian five spice soy braised pork knuckle. The pork fell apart by simply touching it. They left the skin and fat to braise with the shank which (if you did it right) you had a bite of pork with the fat and skin which was heavenly (It might be a bit much for some of those that didn't grow up eating this stuff but trust me, yum!) The ginger and turnip cake was like a steamed turnip cake from dim sum.