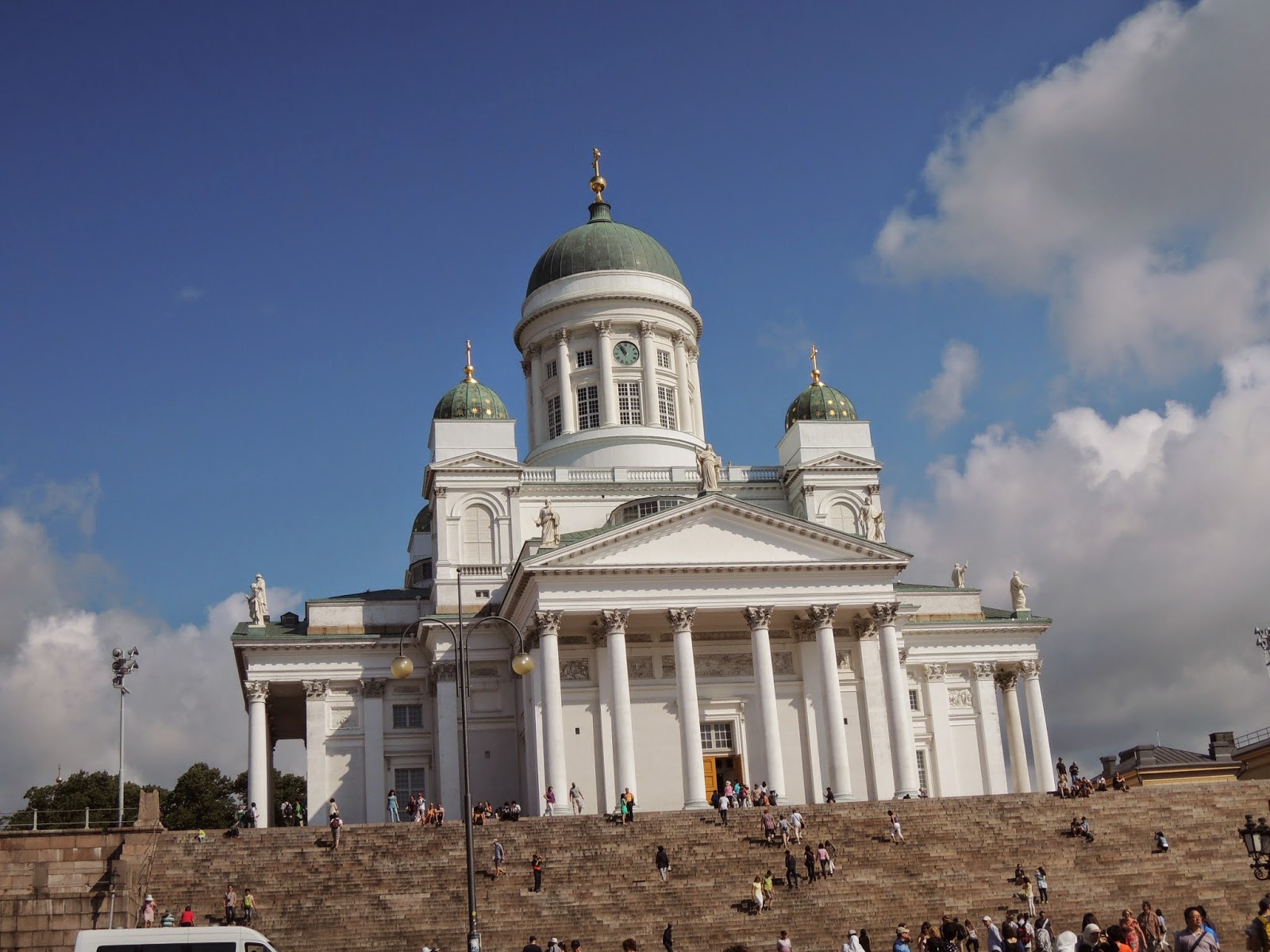 We've passed the half the point quite a few points to hit on the way back and we start with Helsinki, Finland. Helsinki is a nice clean modern city we chose to just walk the city and wandered into the city center. This is St. Luther's cathedral it's situated at right at the town square next to the Parliament building. We did a little shopping here to replenish some clothing, the weather was amazing and the people were very friendly and helpful. I realize this is a rare sunny season for the area so it'd be interesting to see what winter looks like here. 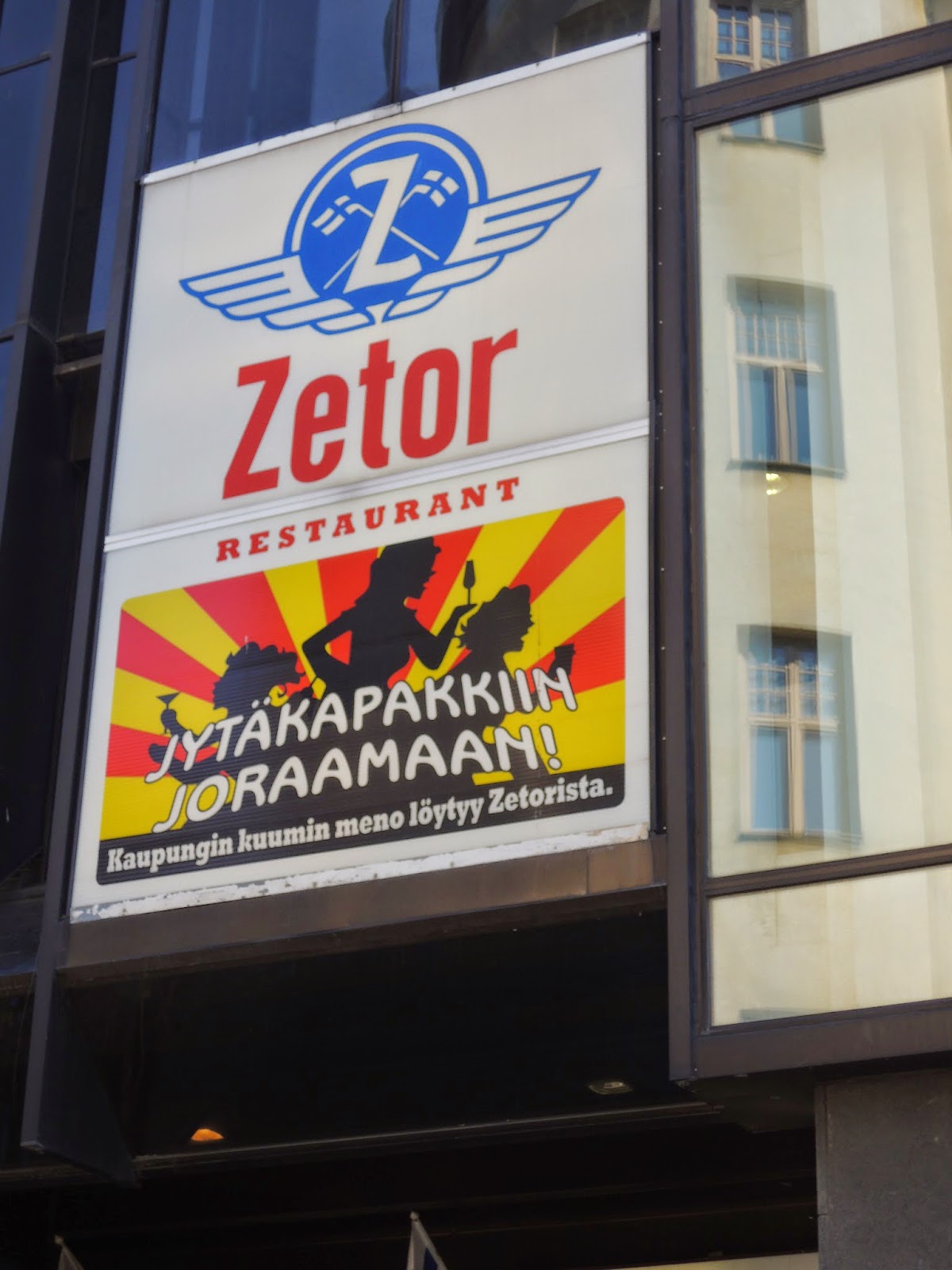 We did swing by the tourist center and they suggested going Zetor for lunch, it featured a "rustic country" cuisine. 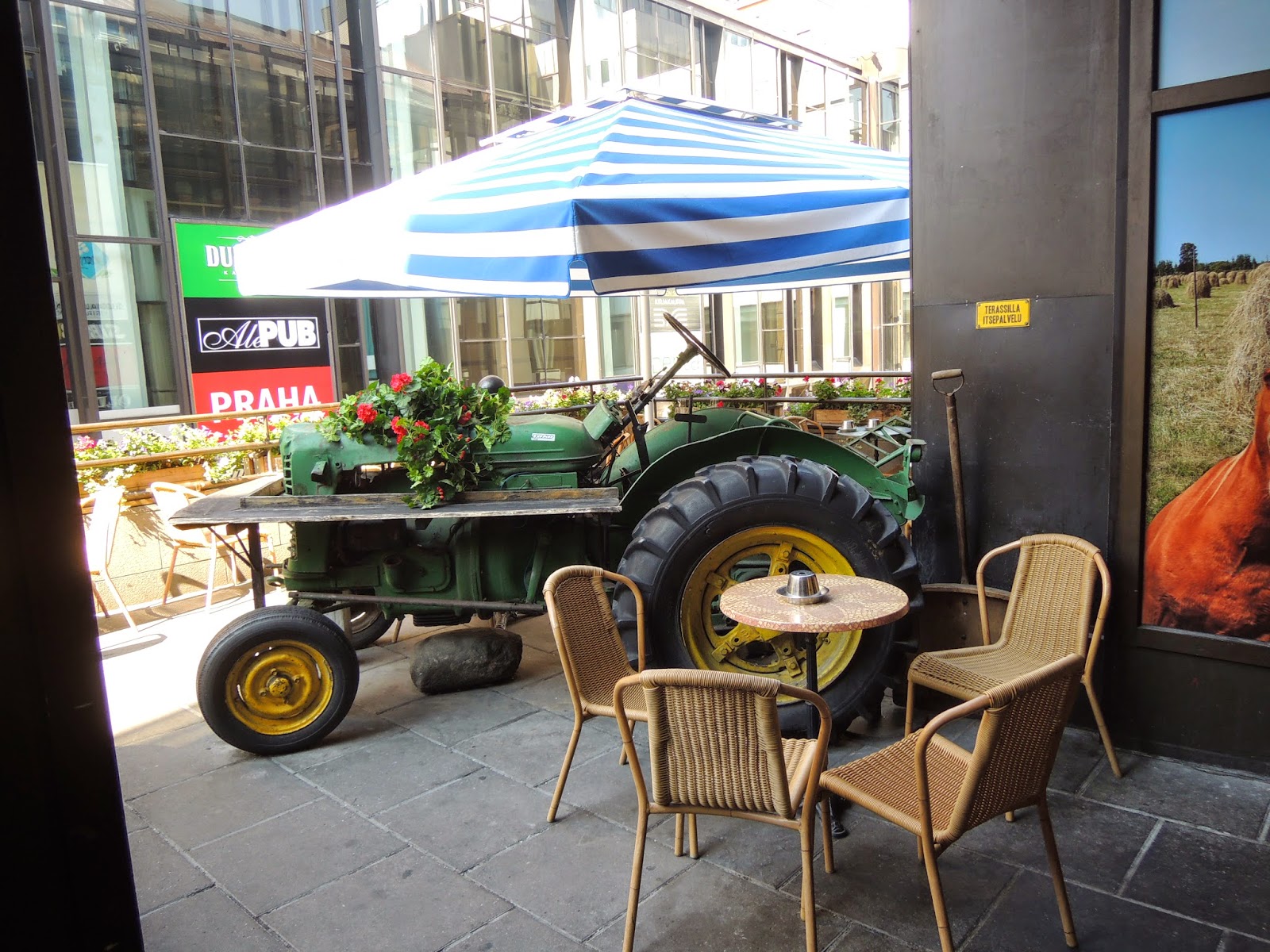 There were tractors, wooden benches and rusted signs everywhere. They really did it up with the ambiance. It would have fit right in back home in Texas. 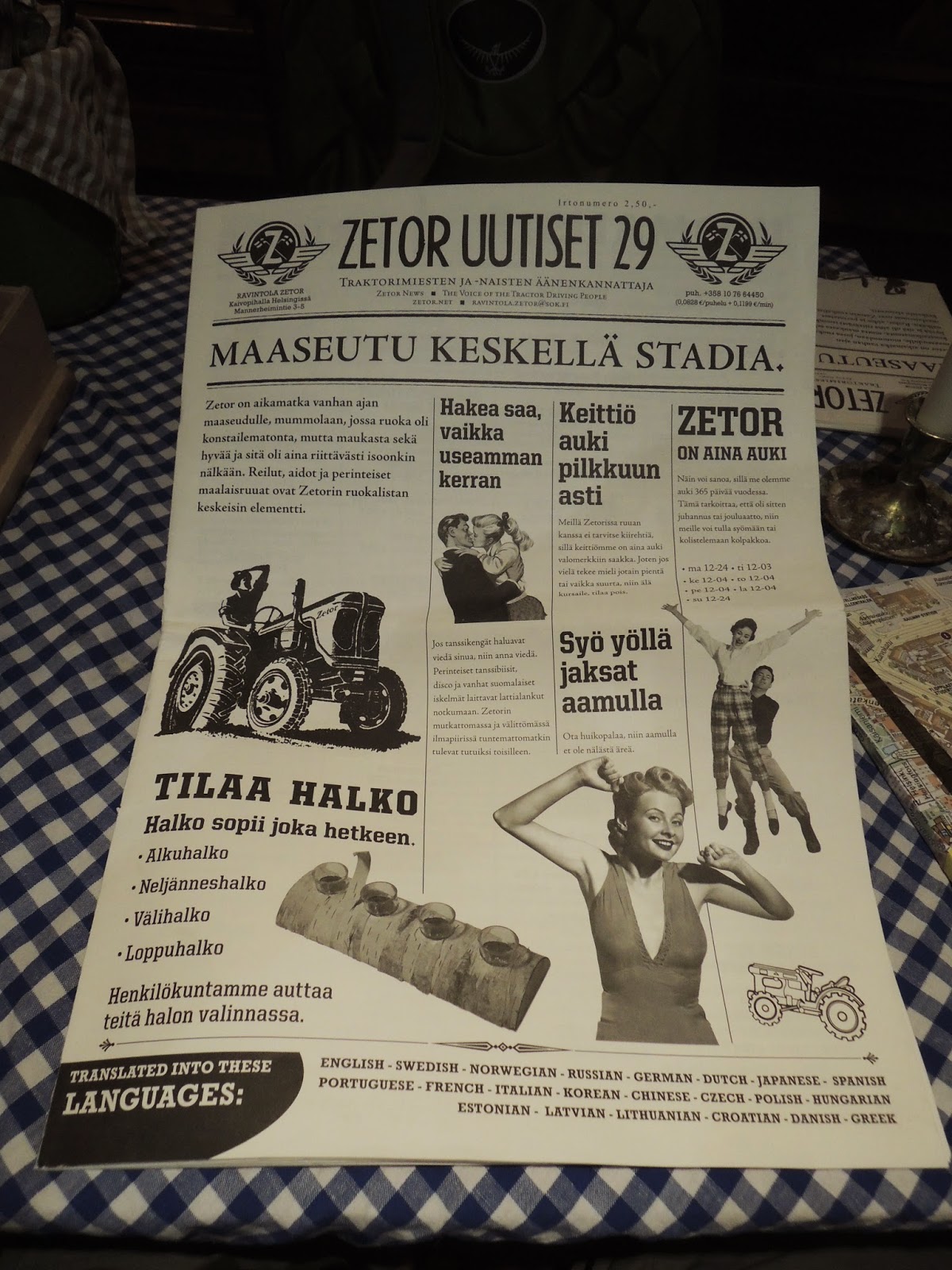 The printed the menu in multiple languages and presented like a newspaper. I saw, Finnish, Russian, Chinese, Korean, Japanese, German, and English just to name a few. I took pictures of the Finnish dish names in the hopes of replicating them. 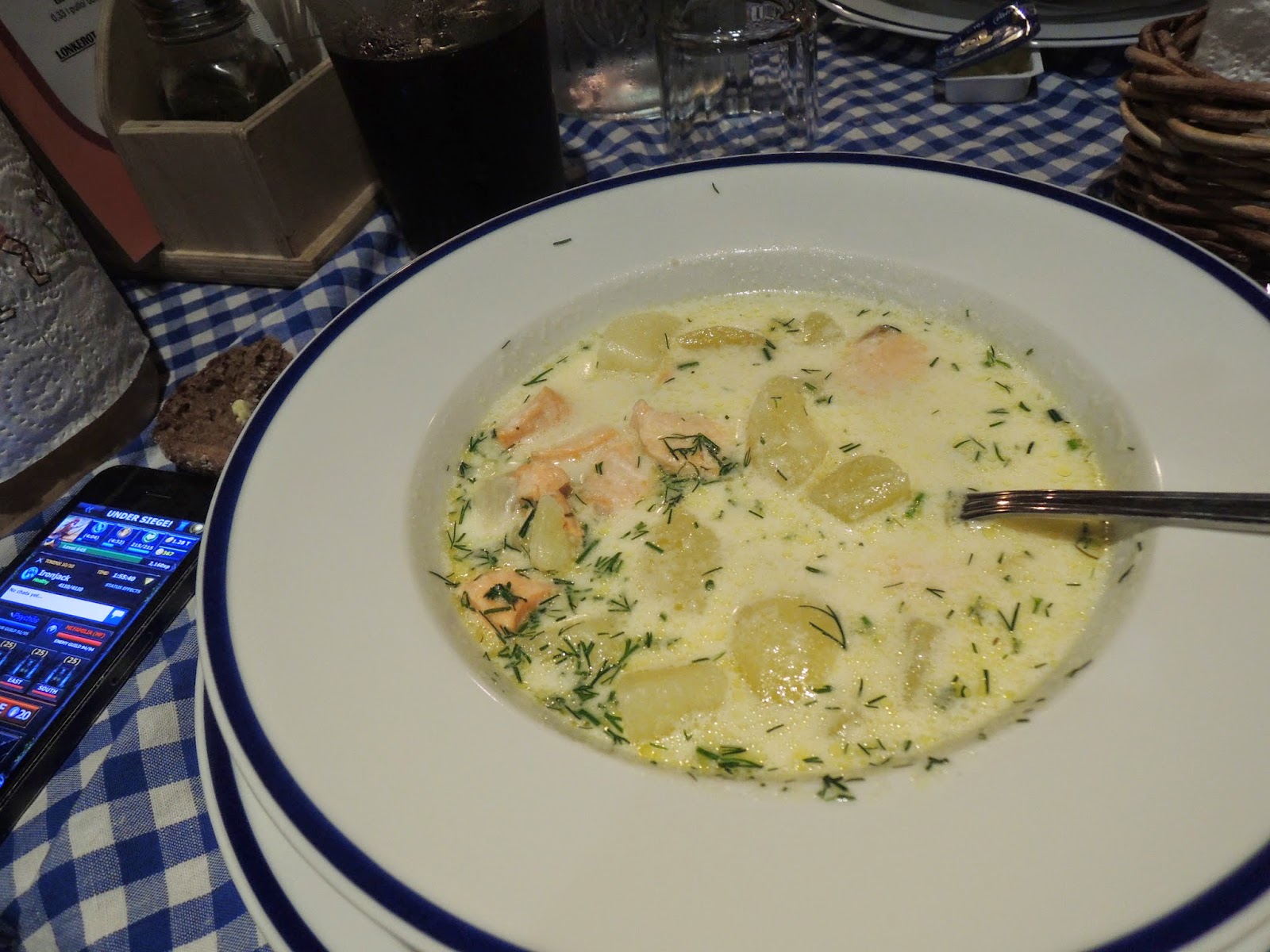 We started with a Salmon soup (Lohikeitto), served with potatoes dill in a cream finished with white wine. So very yummy, the salmon was poached tender and fish broth was simply amazing. We almost ordered a second one. 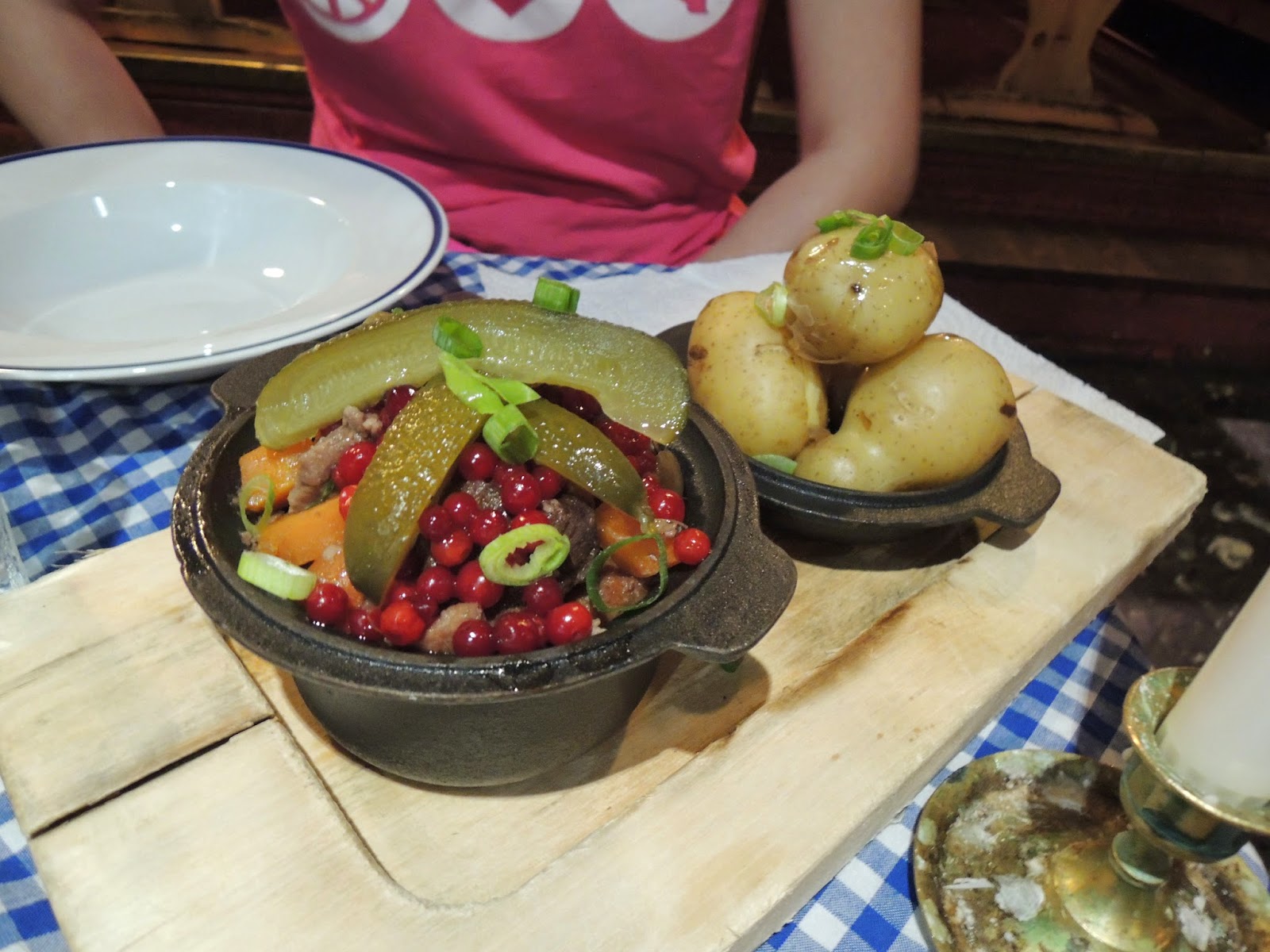 My wife selected the Karjalanpaisti: Karelian Stew - Stewed beef, pork and lamb with boiled potatoes, lingonberries and pickled gherkins. I'm not sure about gherkins since they seemed like full sized pickled cucumbers. It was a nice combination of sweet, sour and meaty. 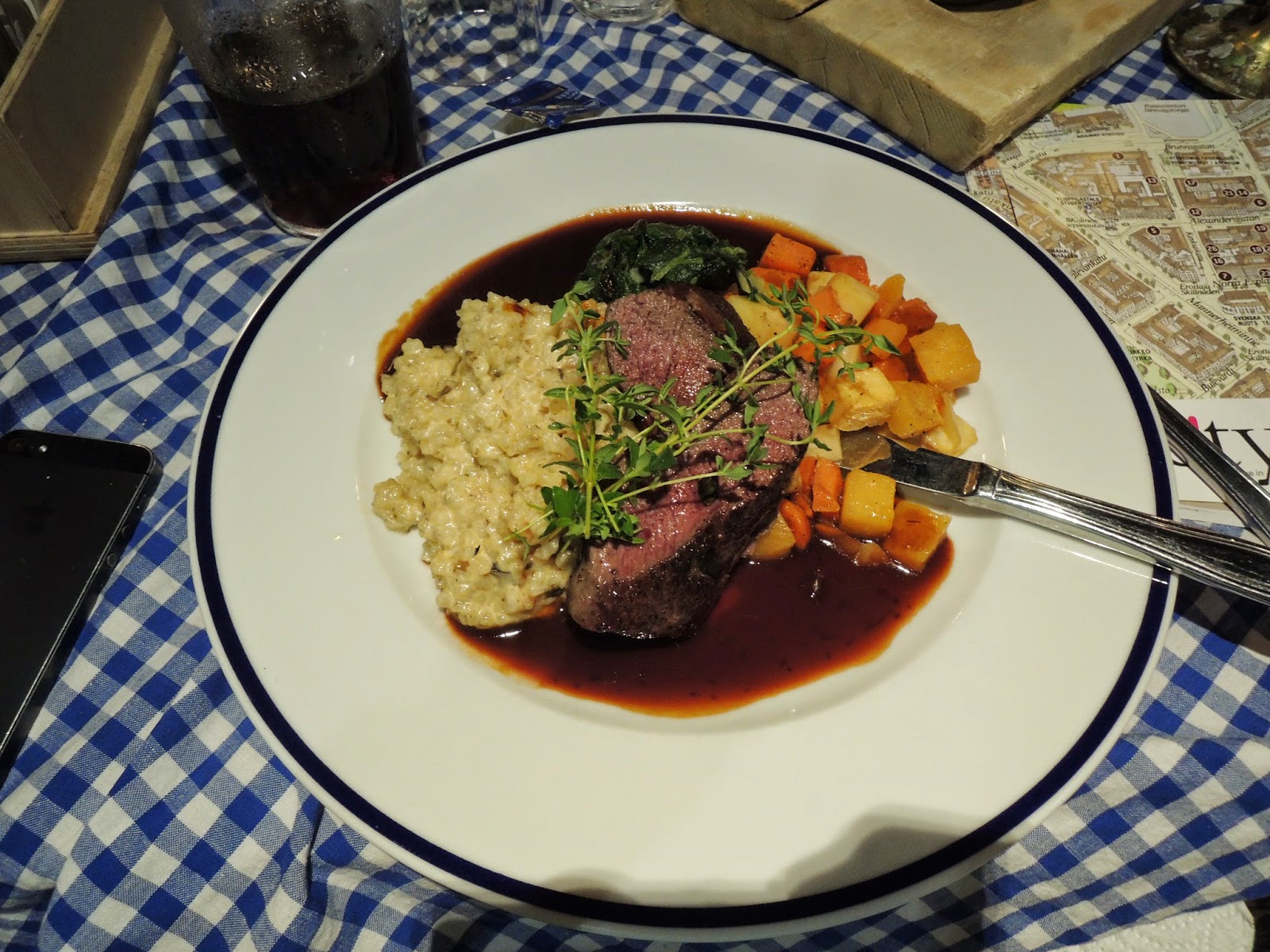 One of the big sells from the tourist center was the quote: "well if you're into rustic/country food you can go to Zetor, you can get stuff like Reindeer steak and meatballs." So, I had the Fillet of reindeer (Levin Hullua Poroa). The fillet was cooked Medium rare served with a barley mushroom 'risotto' (which I couldn't get enough of), honey roasted carrots and parsnips and stewed spinach. The reindeer was very game-y, it had a very livery finish and was pretty lean, it reminded me of a sirloin steak. 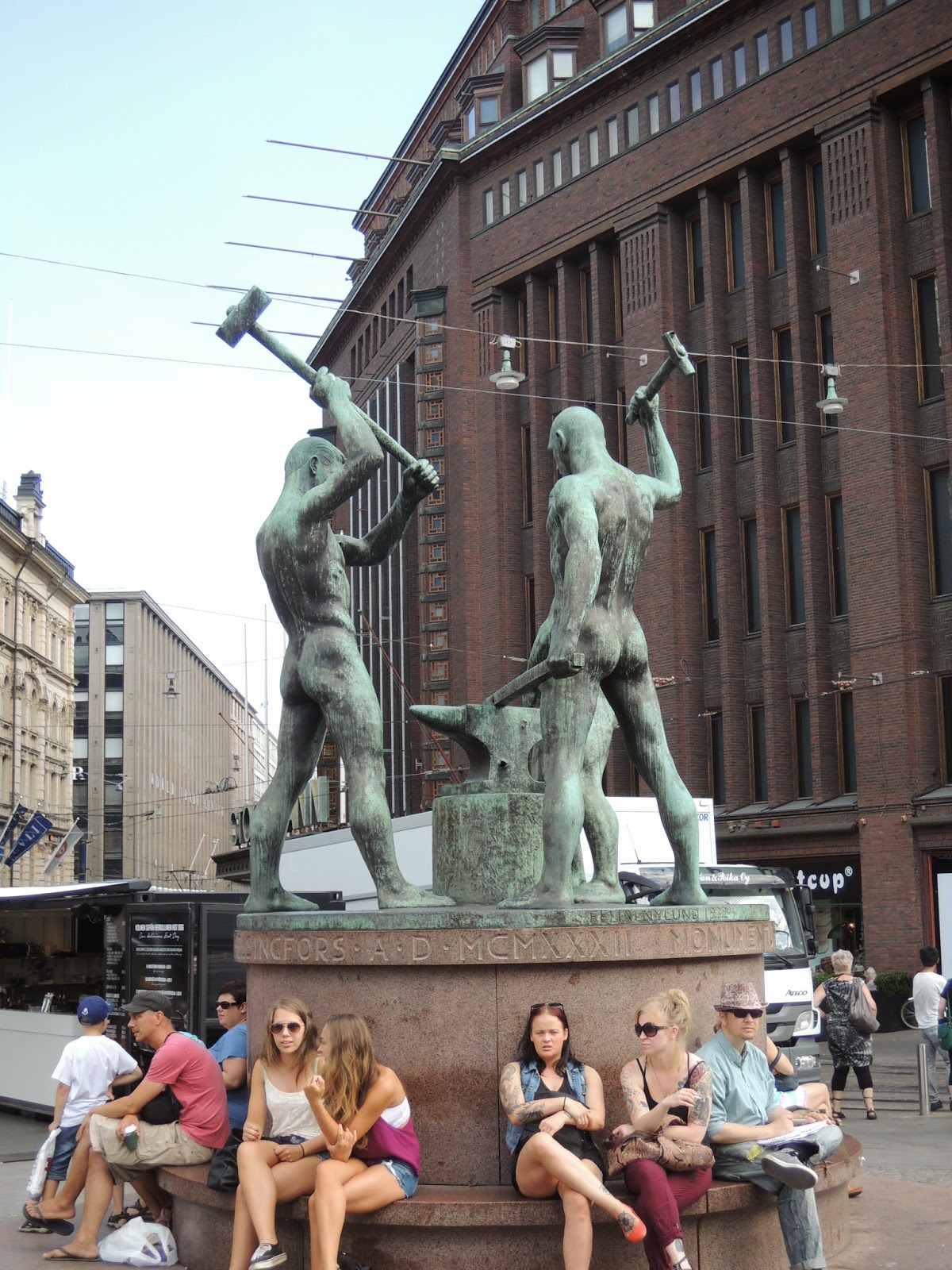 It's amazing how reliant we've become on the internet. My first few trips on a cruise it was simply relaxing knowing that the internet was near impossible to get to. Now however you realize how much you rely on the smartphone for currency, weather, various apps or just knowing where to go in a foreign city. Each wifi hotspot has become an oasis of information to see what's happening at home and just basic information about the city we are visiting. 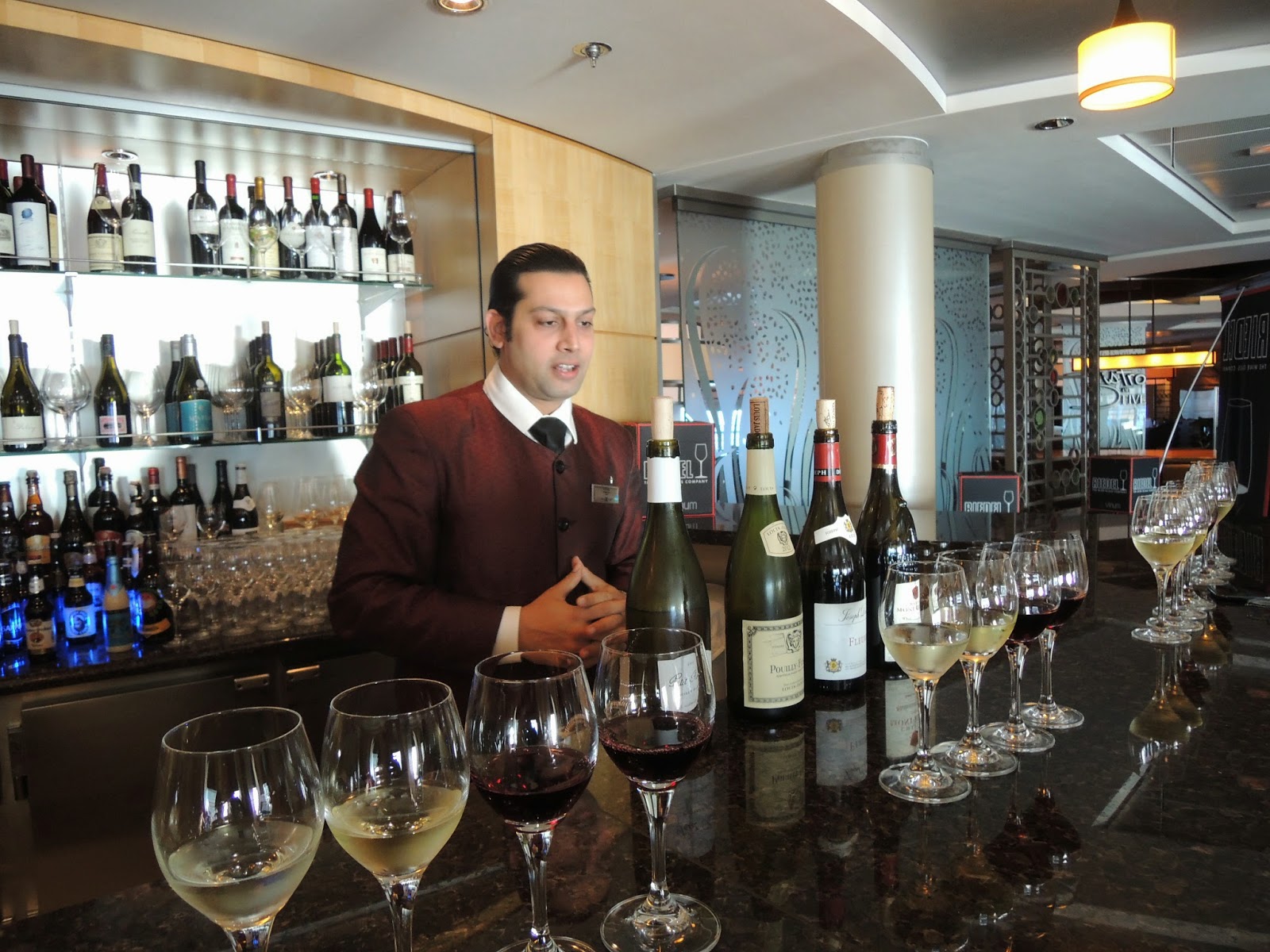 It was a short port visit, we were back on the boat pretty quickly for a 5pm cast off. We went down to the wine bar and took a lesson on french wines.
finland trip vacation yammering