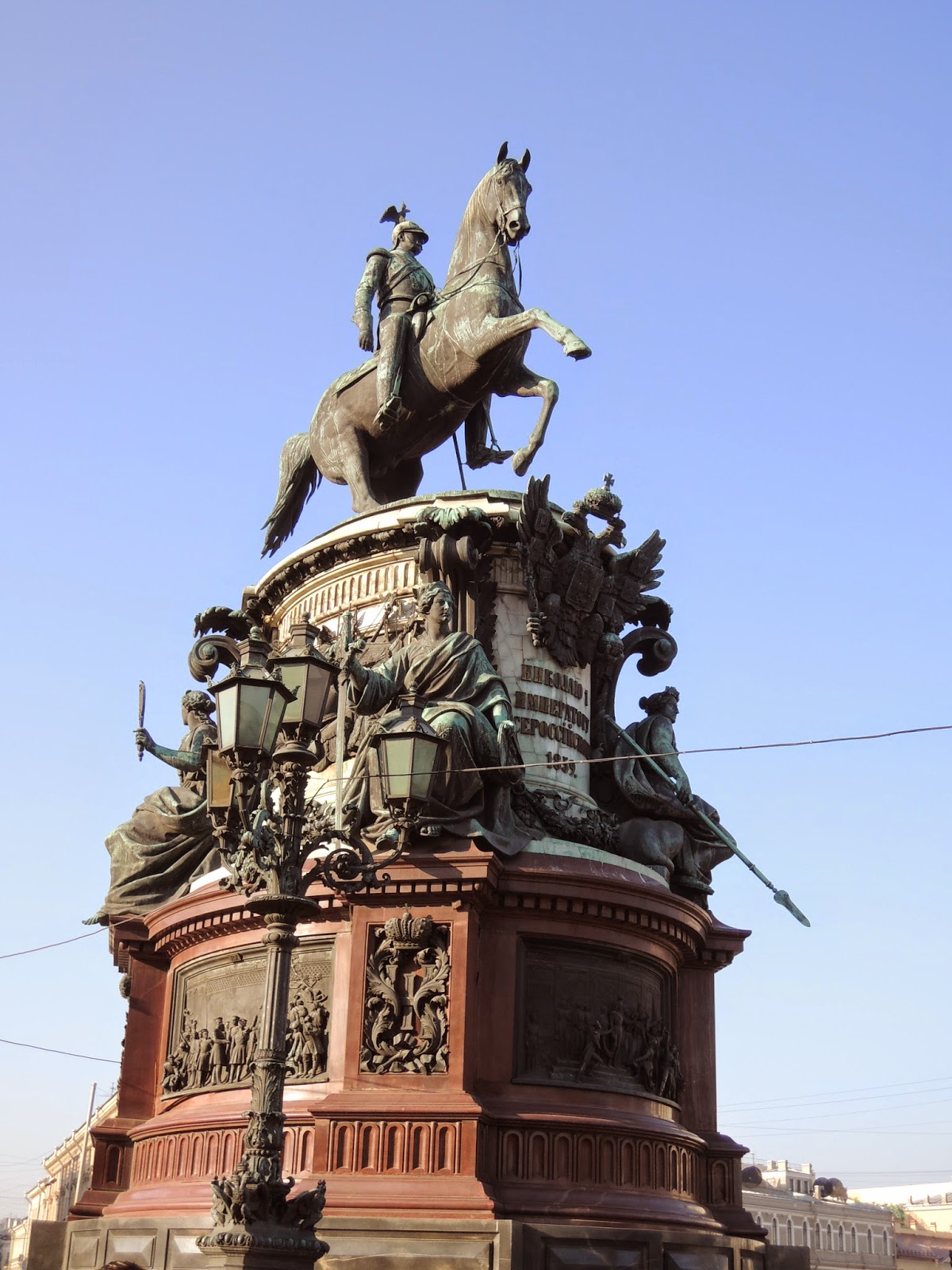 Our third stop was a two day port call in St. Petersburg Russia. This is a new port, the ship terminals were brand new and very clean. They have an internet cafe after the checkpoint in which does have fast wifi (it's how I managed to get the other posts uploaded)

Everyday the Cruise Director (JC) and the Activity Manager (Mark) put on a show (they tape it the night before) basically telling you about the day ahead facts about the destination, stuff happening on the ship and of course they read our letters. It's always entertaining and they've managed to put it up on youtube. Anyhow, this particular day they did warn us about the passport people when you enter the country. Unlike the rest of the trip in Russia in order to go out of the terminal you had to pass through customs and passport checks and you had to be part of a tour in order to do this (no tour = no leave ship). Apparently the tours take responsibility and have a visa deal with the government. The passport people take their jobs very seriously, no chit chat, no smiles just a big cold dose of welcome to mother Russia. So be warned if you take the trip if you intend on seeing Russia book an excursion (or private tour), but do so early as the good tours get filled up fast and there's no "mosey-ing" around the city like the other ports. 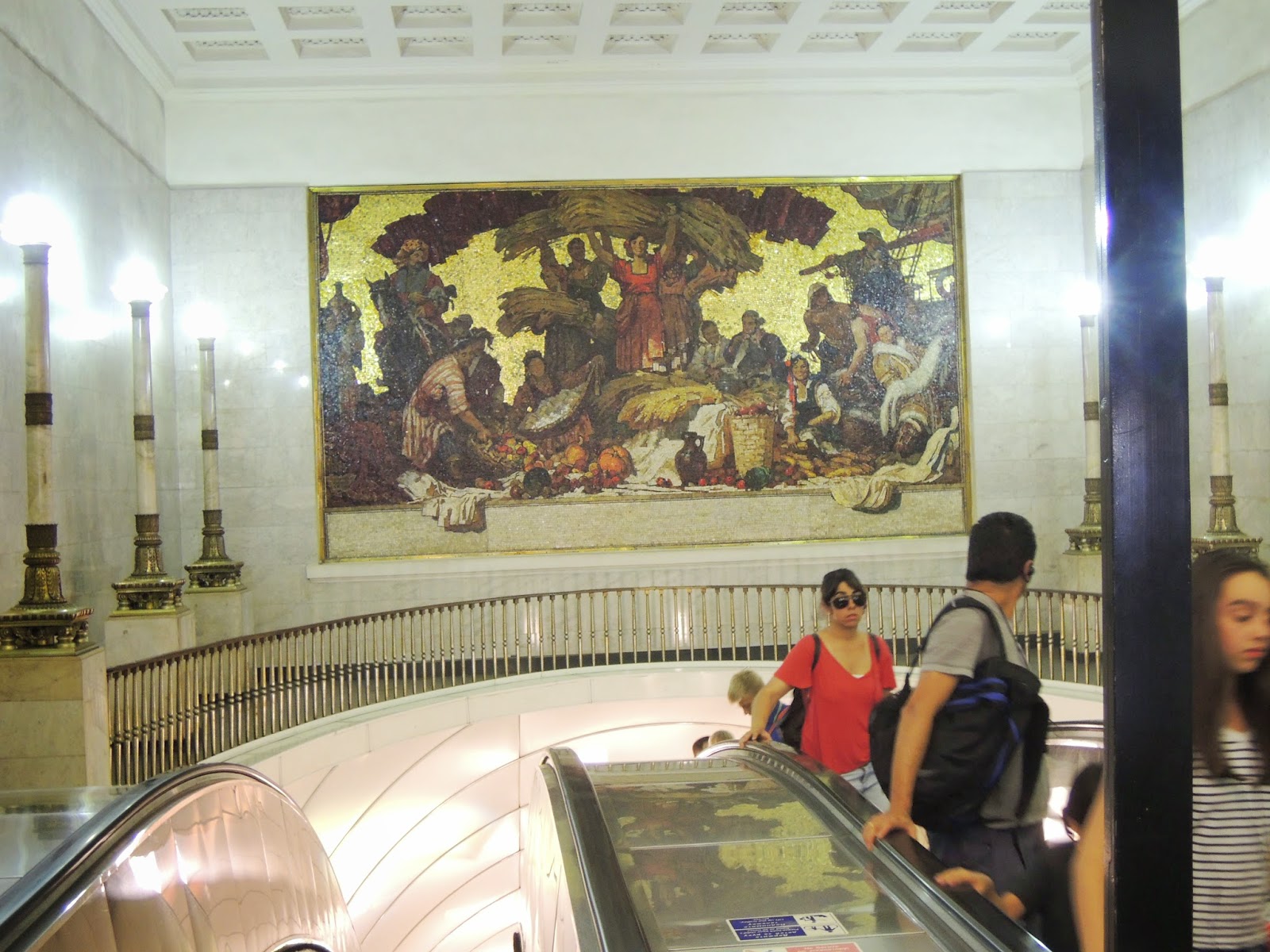 Our first tour was the local market tour. Our guide walked us through the city and took us through the metro/subway system to a local market. (no small feat considering there were 40 of us ducklings to herd around) The subway system was built in 1955 and is among the deepest dug stations in the world (the newest one holds the record for deepest station in the world). Each of the stations were lined with marble sculptures and mosaics decorating the halls. Everything was very straight forward and we managed not to lose anyone along the way. (she didn't opt to roll the dice again on the way back, we hopped on the tour bus  to the ship) 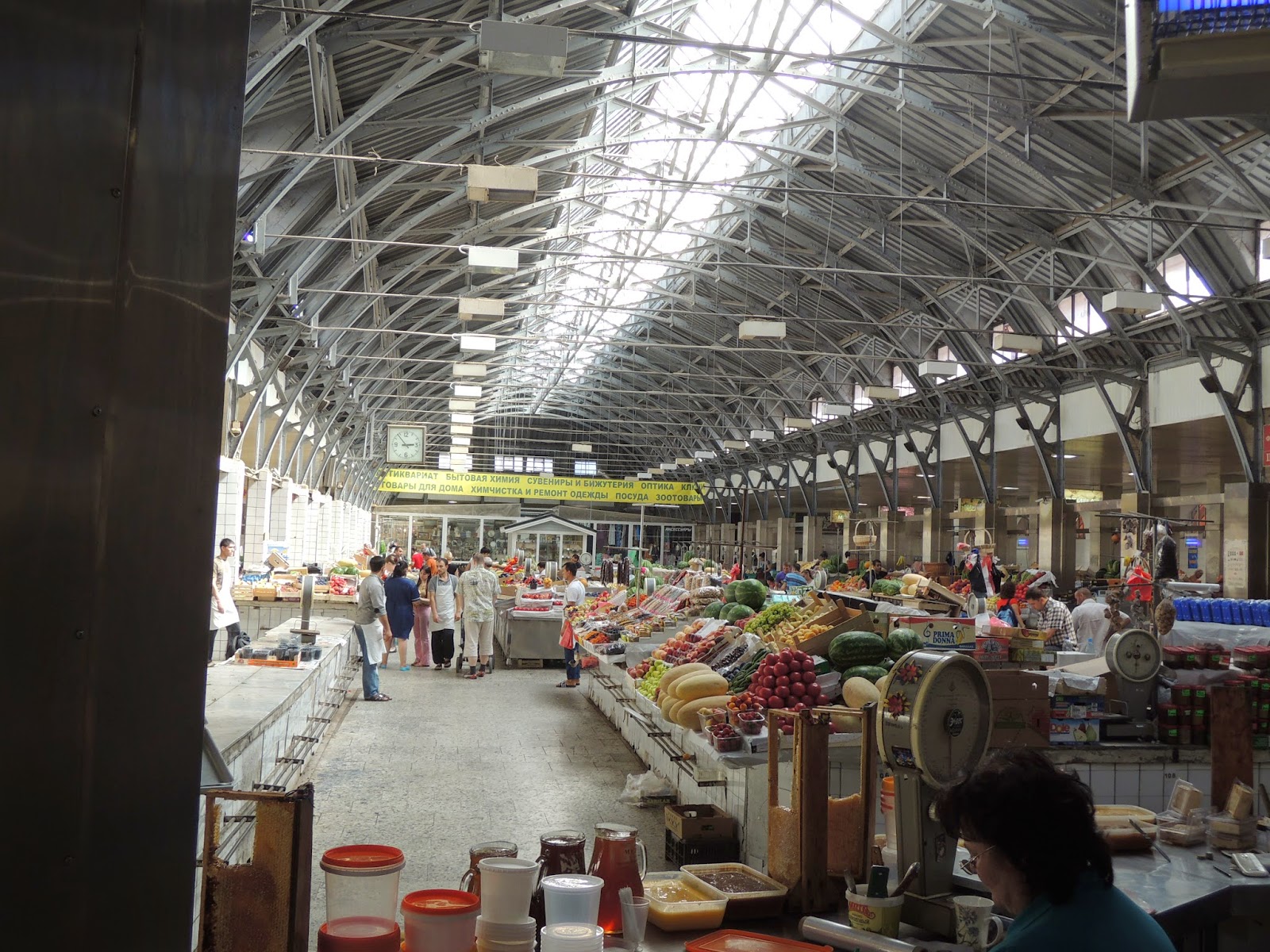 We got to the local market which was built in this large hall. It is indeed a place that local people go to shop for groceries and staples. (one of stalls in the back had petfood) 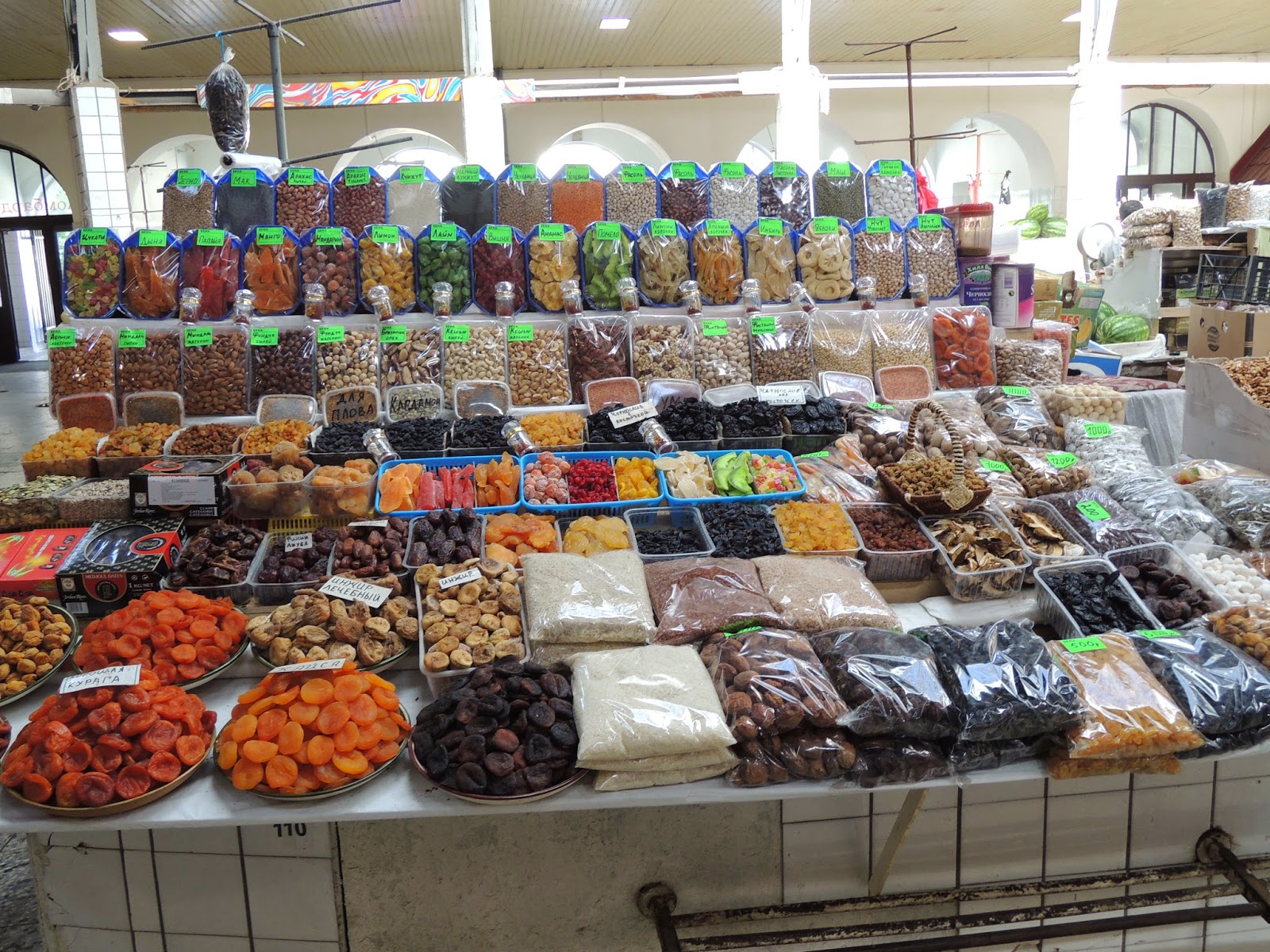 There were many stands of  beautiful fruits, vegetables and herbs and dried goods but we were sternly warned NOT to buy or consume anything (something about having a miserable rest of your trip). 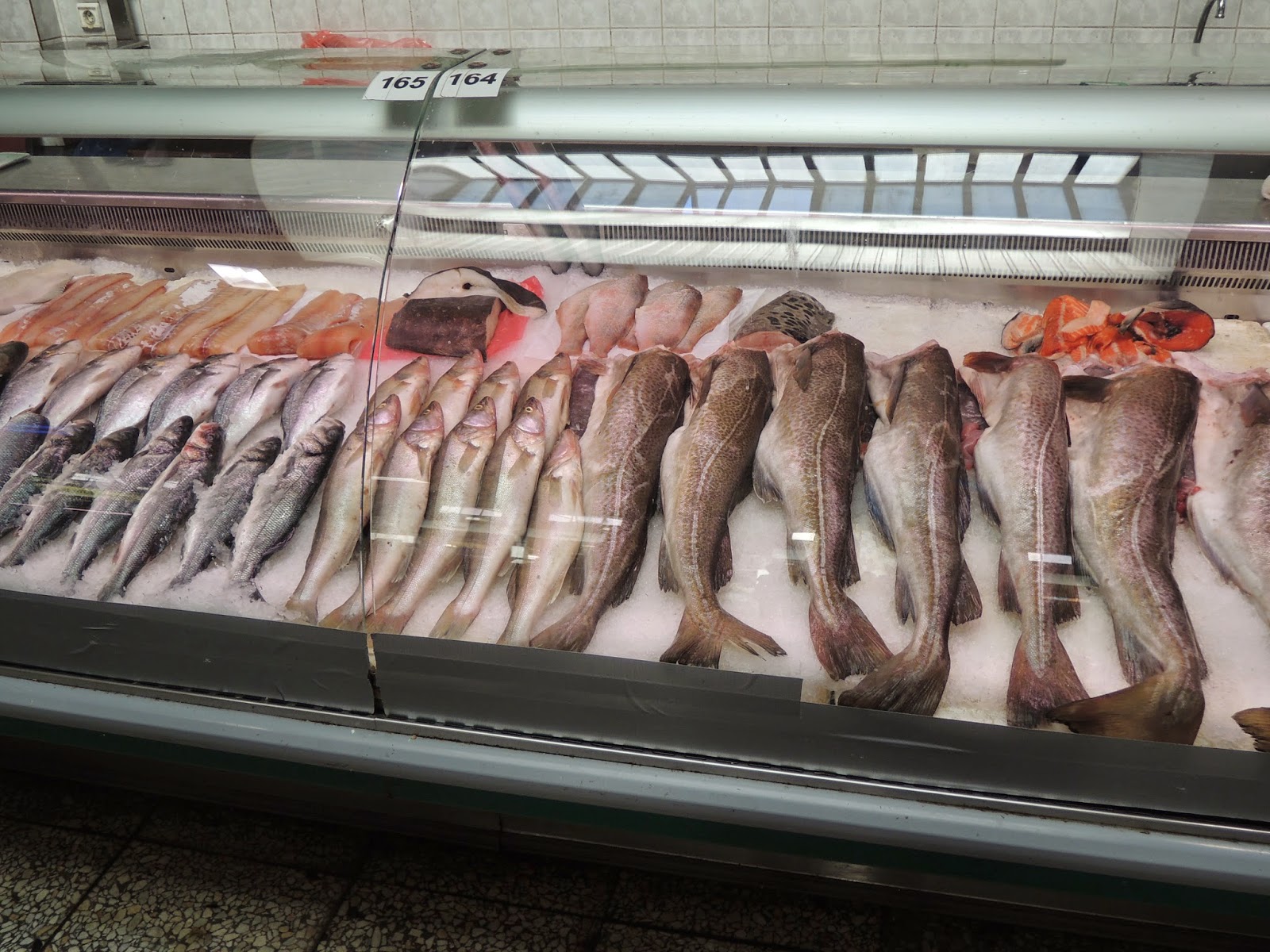 Fish and meats were on in various cooling counters. The fish didn't look as fresh as they could have been, some of the eyes were a bit sunken and cloudy. The meat counter did have quite a few things (I saw a butchered rabbit) even some items I couldn't identify. 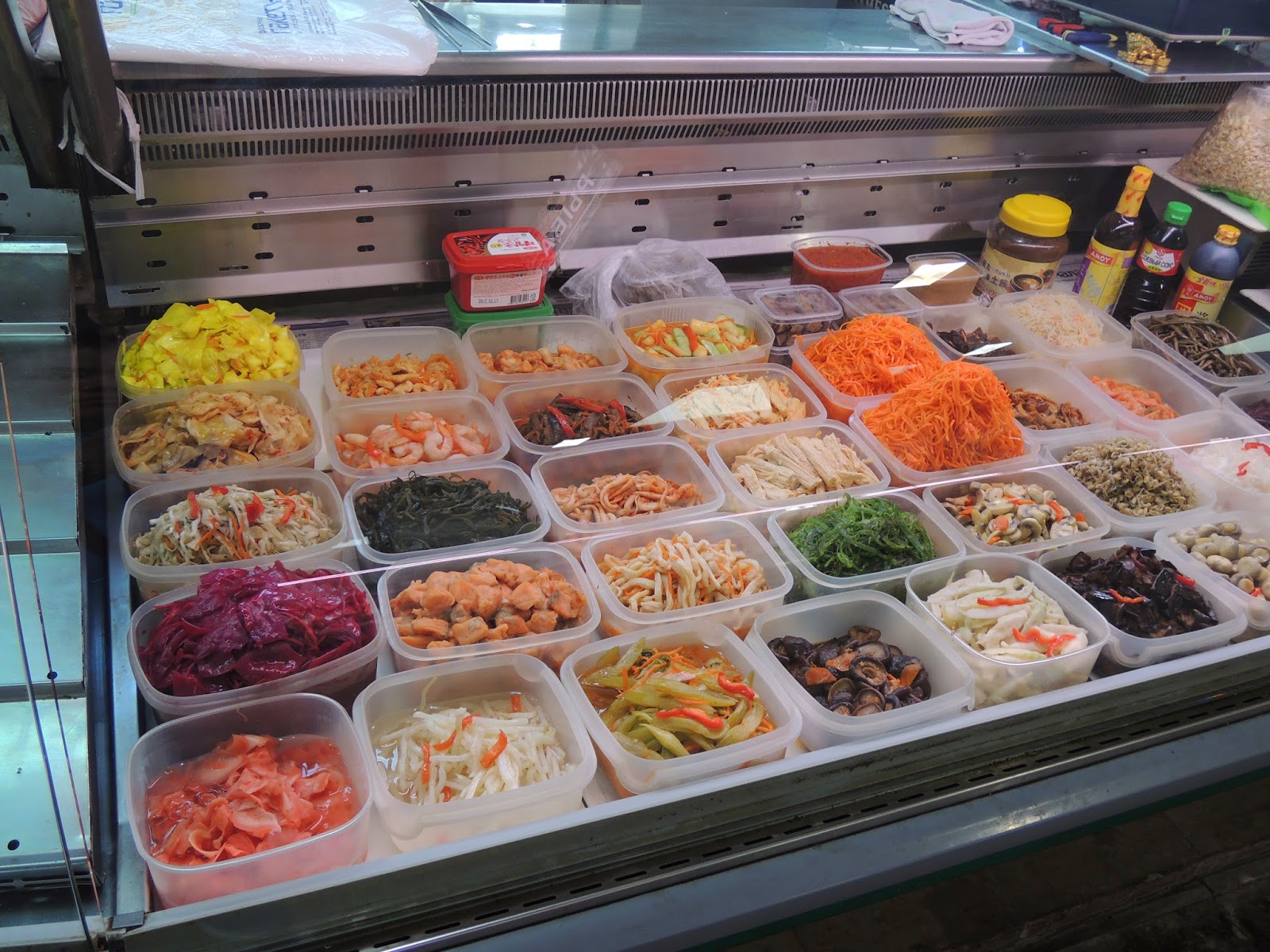 Here's a shot of the pickle counter. 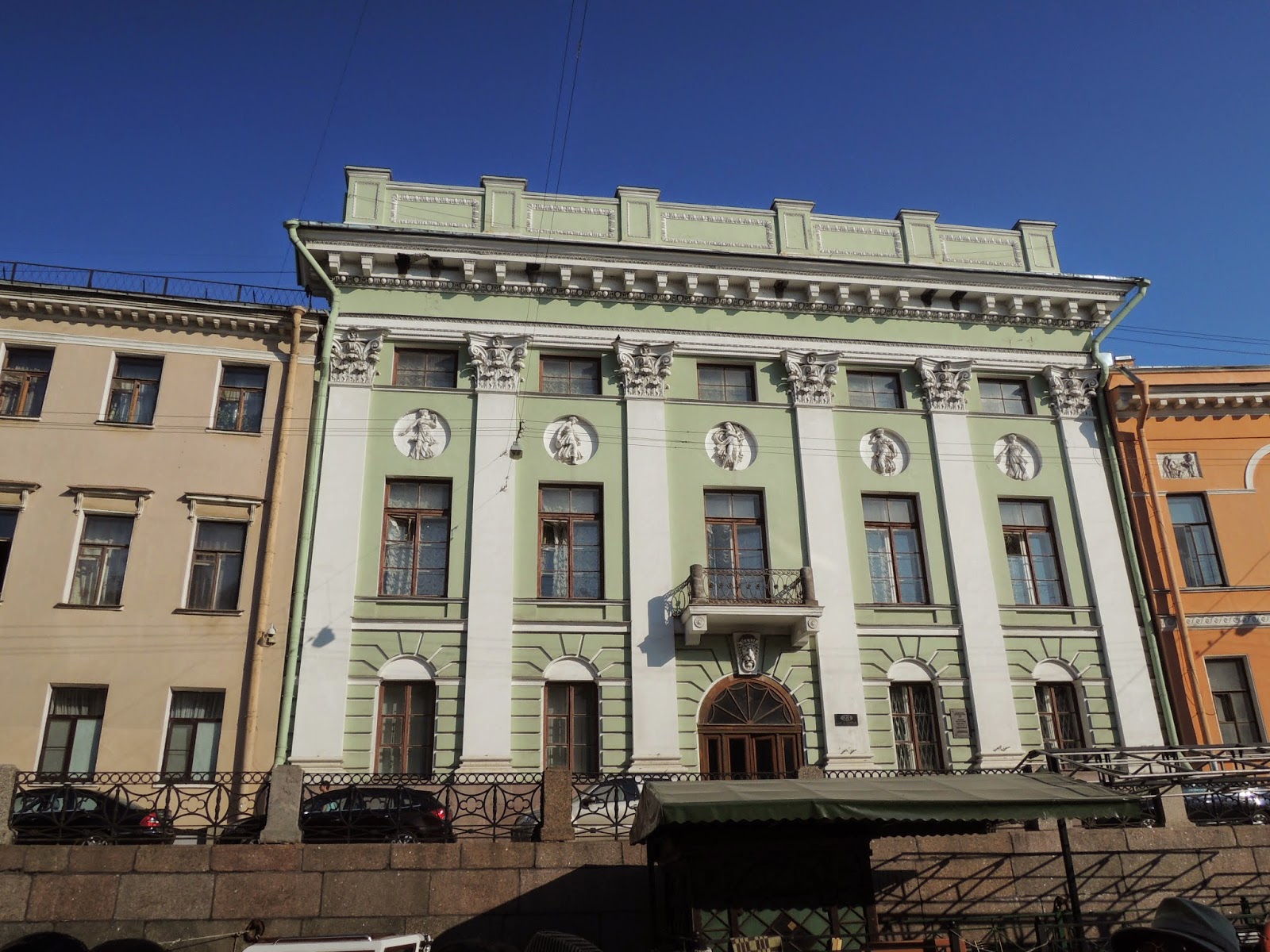 We ended our tour at a Russian tea house. This particular restaurant is called "the Last Palace" it use to belong to the nephew of the last Tsar of Russia. During that time all of the family of the Tsar would have their own palaces constructed. This one was pretty ornate but has suffered a bit over the years. 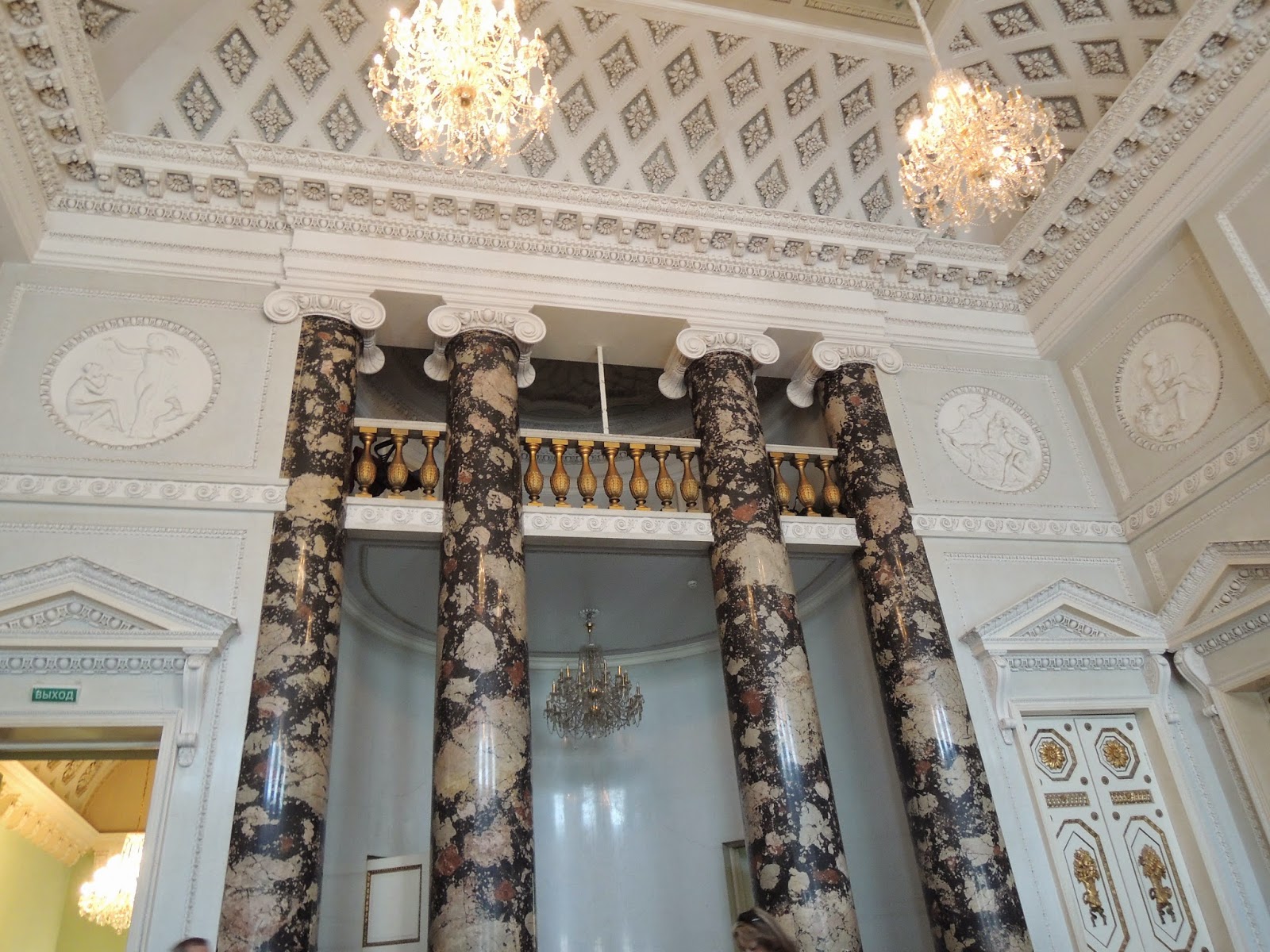 Tea was served in what looked like a dance hall. Beautiful granite columns, ornate ceiling and crown moulding and a large painted portrait (I presume the lady of the house with her child). The name Alexander Petrov was in the gift shop so either that's the current owner or perhaps the nephew. 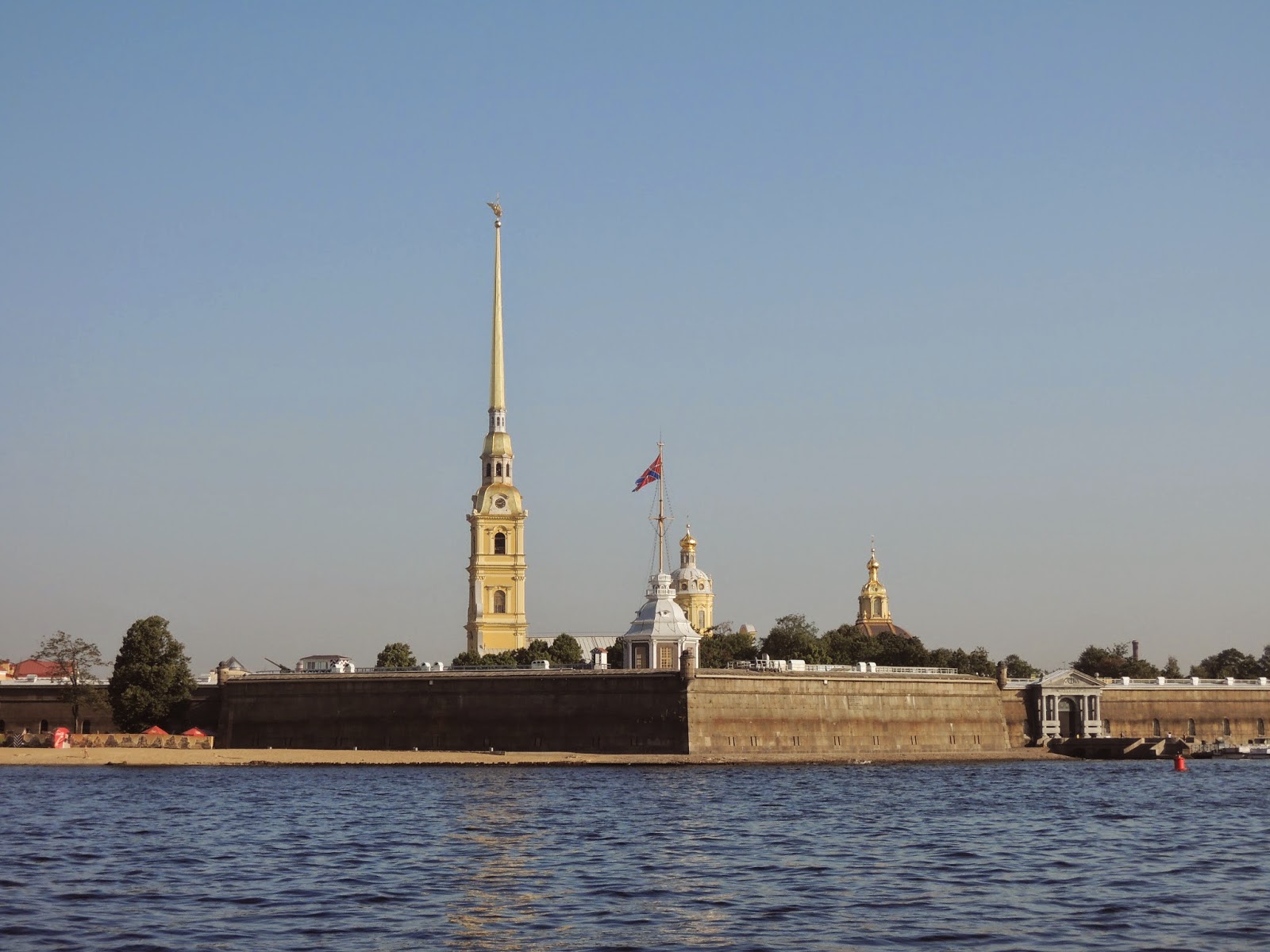 On day two we took a river boat tour (which is how I got the outside shot of the restaurant from the day before) and visited the Peter and Paul cathedral. 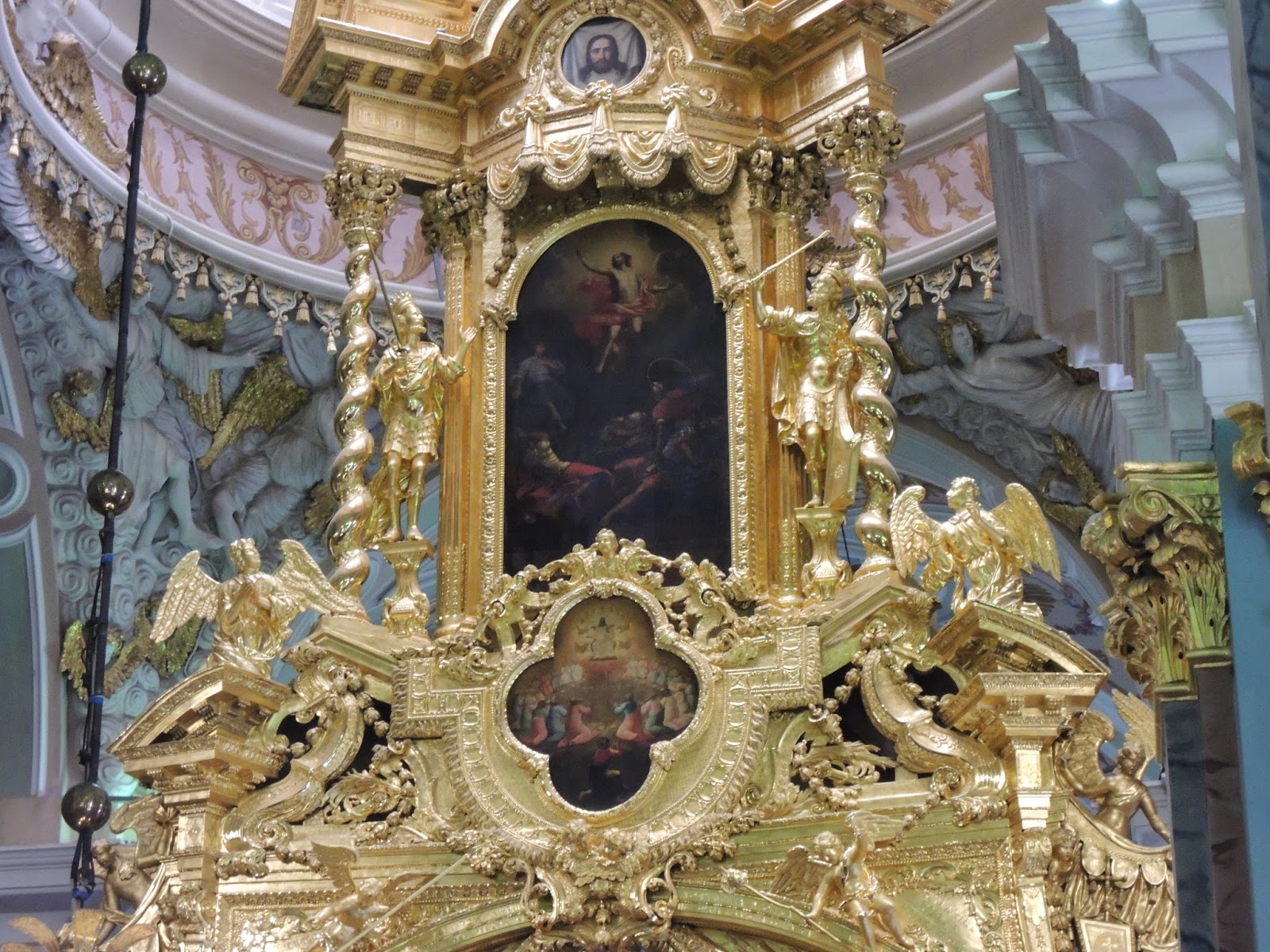 The cathedral was very beautiful with gold leafed works everywhere as well as marble tombs of the Tzar and Tzarinas and family. 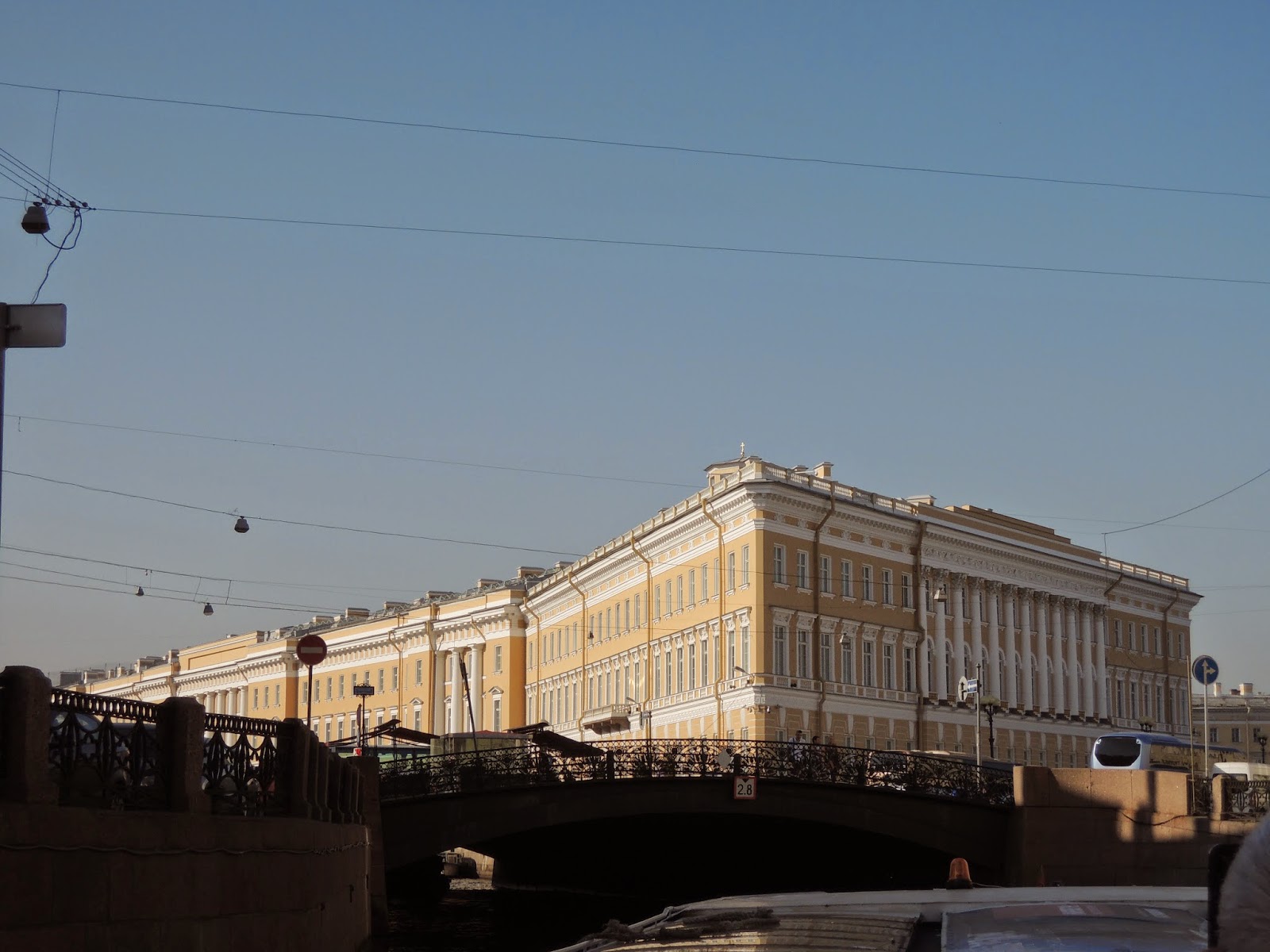 It is clear that St. Petersburg has quite a deep history with some pretty neat sites to see. From talking to our fellow passengers we really missed out on the Hermitage museum (pictured above). It's one of the largest museums in the world, ranked up there with the Louvre and the British Museum. It houses a collection of 3 million pieces across many buildings in St. Petersburg. There's a smaller Hermitage museum in Amsterdam to commemorate the tie the two cities have with one another. 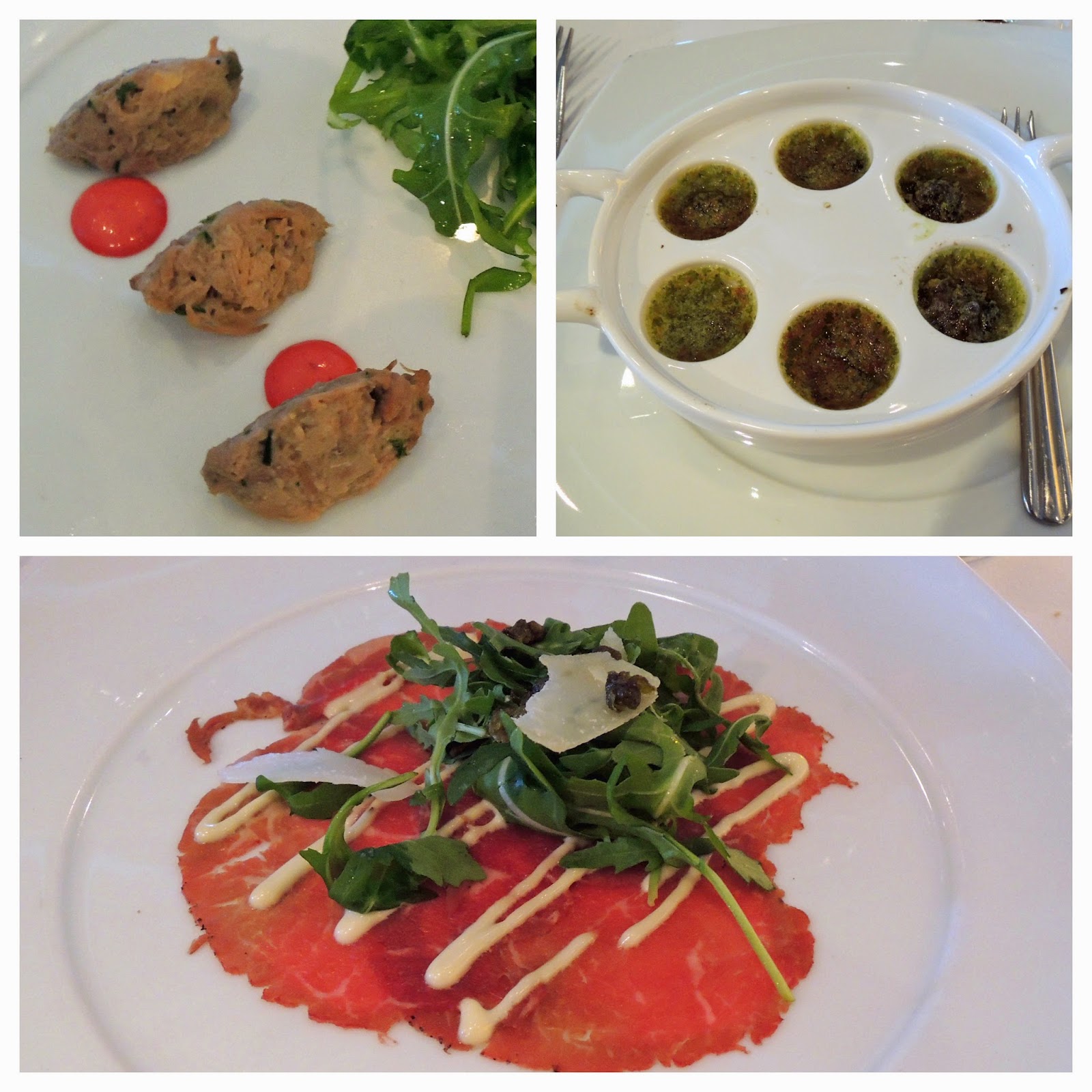 Well after a long two days we did go into the main Restaurant on the boat for a nice dinner. For appetizer I had the duck rillette, escargo and beef carpaccio. 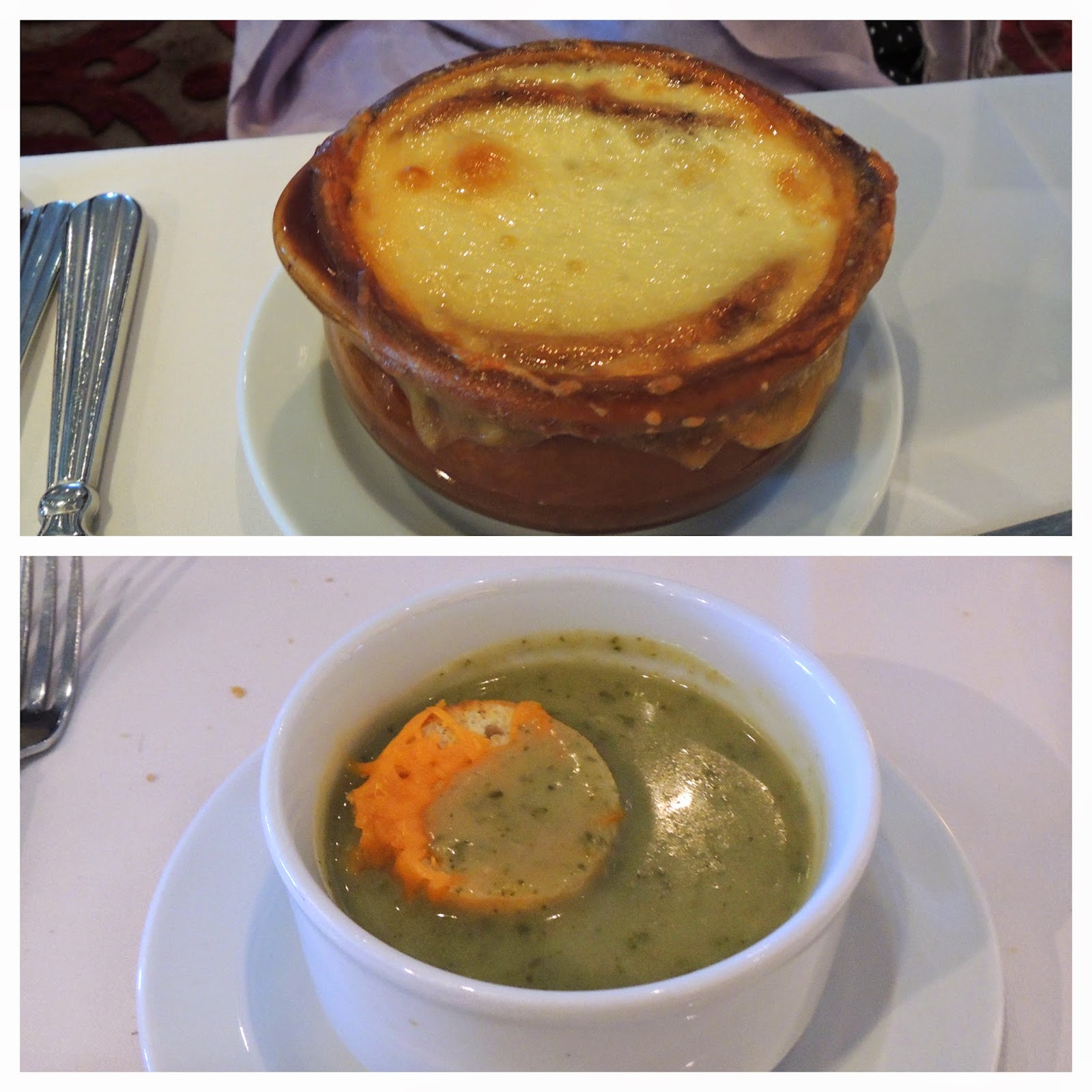 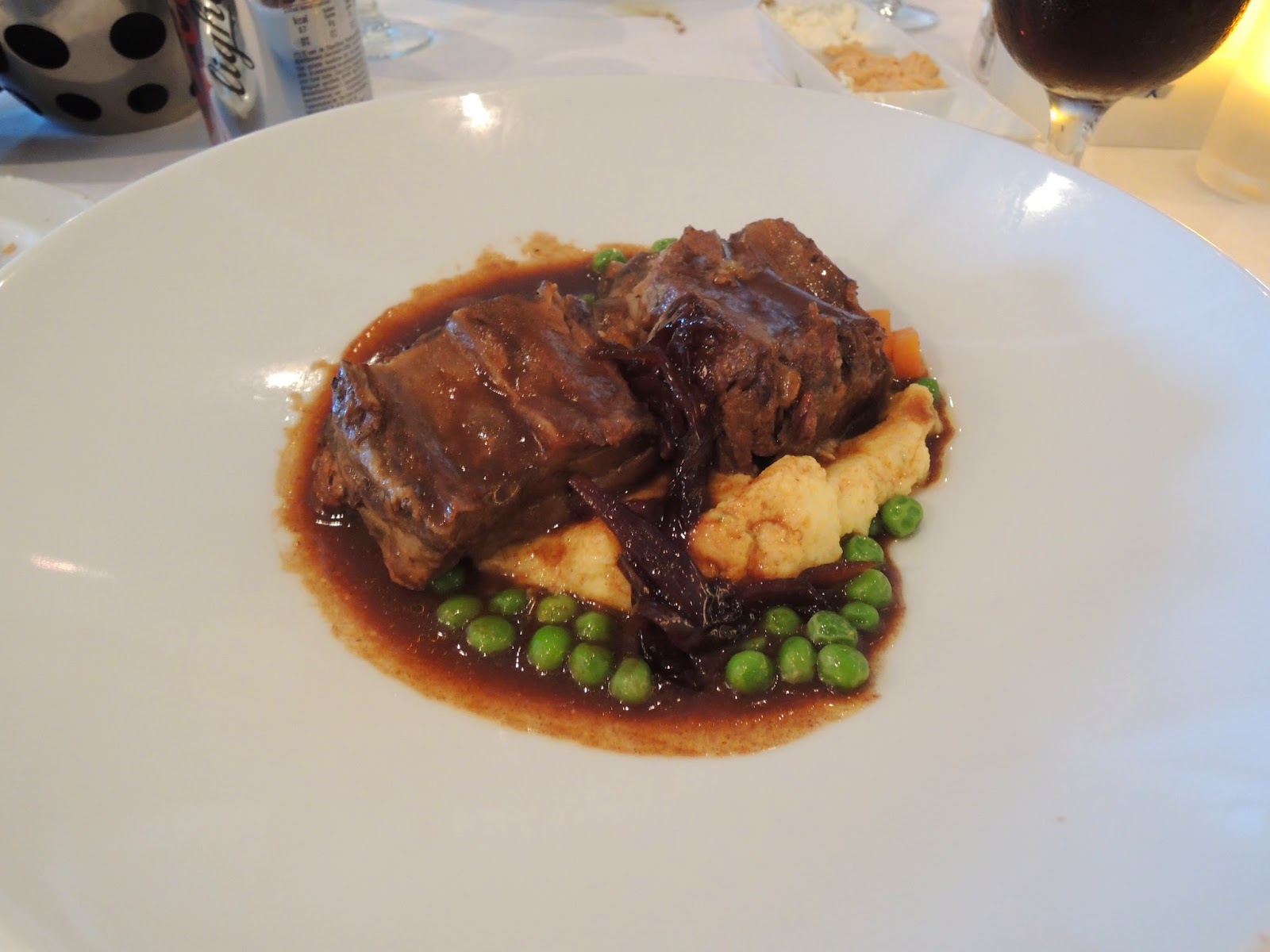 And for our main we had this amazing beef shortrib. I really need to get home to work this stuff off.
Russia short ribs tea vacation