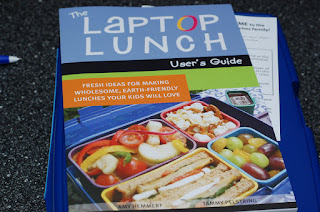 No lunch this week or next so you'll have to suffer to through some of my "yammering" posts. As usual for my off posts you'll be seeing some of the tools that I use to produce lunch.

So with my additional eaters I went ahead an invested in six more obentec boxes. I've been eyeballing the 2.0 system for some time now and am pleasantly surprised at some of the modifications they've made. The new gear seems more robust, "refined" and grown up than their first iteration. I'm glad they've incorporated some of the changes that seemed to answer for some of the minor gripes I had.

Let's start with the containers. They beefed up the outer box and thinned the walls of the inner containers. This has quite a few major benefits. The outer box snaps shut a lot tighter than the original box and initial tests shows it doesn't suffer from the upper lid "warp" from dishwasher wear and tear. Also, the thin segments in side the outer box (to keep the inner boxes from sliding around) have made room for one "super large" inner container (sold separately). It's a fabulous option to allow for a large sandwich or pizza slice. The inner containers have thinner walls and can actually nest inside one another, the old boxes would, at best, sit on top of each other forming a precarious tower of containers. This make storage a lot easier and consumes a lot less space in the cabinets. I think the trade off is that some of the inner containers show a bit of warping from time spent in the dishwasher even from sitting only on the top racks. The slightly larger box and the thinner inner box walls actually provide more space for food which is very noticeable when I fill a 1.0 box versus a 2.0 box.

Next up, some nice to have features got added to this box. First, three out of the five containers now have lids. I confess I have yet to use them as it's easier to use press and seal on everything rather than half seal and half lids. Previously, the two containers that had lids would have a hard time sealing (or staying sealed) after a while due to dishwasher warpage. I still need to do some testing on the new lids to see if they've managed to fix that problem.

Second upgrade was the silverware, it's full metal no more half plastic. Most of my eaters preferred that I left out the cutlery because the plastic handle tended to break off the metal and thus they would feel bad for breaking them (minor peeve as I kept buying silverware for a while). The new upgrade to full metal is pretty nice, I'm sure this will last longer in the hands of grade school students.

Overall I love the new color scheme, no bright yellow or orange to sting the eyes. Very subdued colors which makes for nicer photos on the blogs. I love the improvements they made, it's clear they either listened to feedback from their customers or asked for advice on their redesign of their product. My only possible gripe is now i've got two different sets of boxes so the parts aren't interchangeable, but I think the changes are all for the better, so I'll clam up. As always their support people were really helpful in processing my order and I even got a nice email dialogue with the President, Amy Hemmert. It's always nice that they make time to speak to their customers directly it makes me feel good about buying their product.
gadget review gear obentec tools yammering