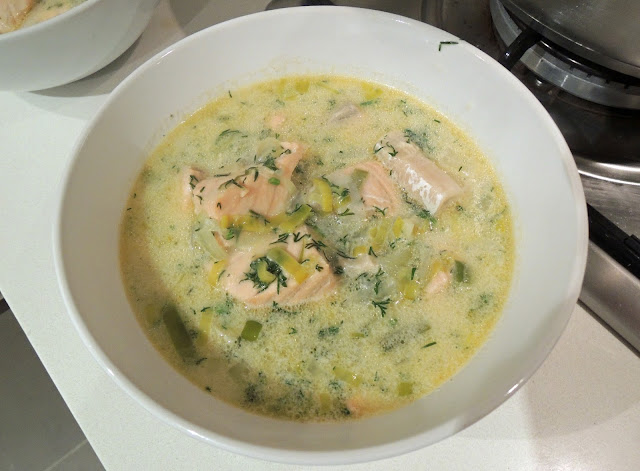 One of the todo's from our northern European cruise was to replicate this delicious salmon dill soup we had while we were in Finland.  Lohikeitto is a hearty chowder with dill, potato, salmon and leeks. It's actually a very simple soup to make. Here's my crack at it: 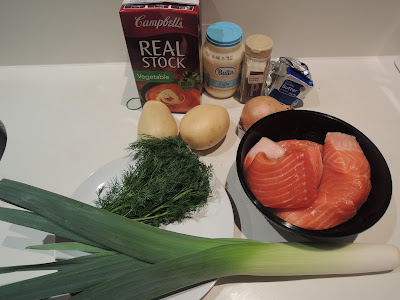 First the ingredients. Small onion, couple of potatoes (I used a white variety, it holds up under a boiling), leek, paprika, butter, dill light cream and some vegetable stock. I opted against fish stock in favor of vegetable stock, I figure that the vegetable stock is a little more neutral and the Salmon was rich enough to provide plenty of fish flavor.  I also went with salmon that had more of the belly attached since it's just fatty, tasty and a little more forgiving to reheating of the soup later. 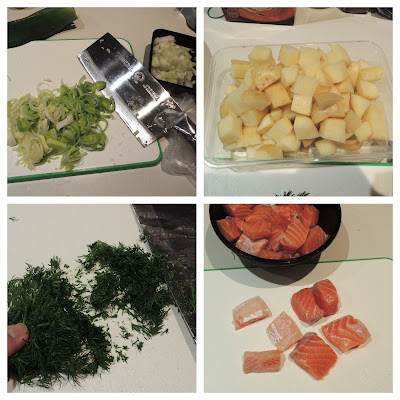 Prep: Sliced the leeks, cube the potatoes, dice the onions, chop the dill. Cut the salmon into chunk about 1.5 inches wide, we're working with fillet slices so they will vary in thickness but since we're being gentle about the cooking (no rolling boil and not too long on the stove) we won't have an issue with over cooked bits and under cooked bits. 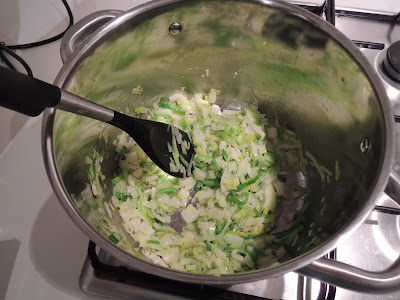 First melt the butter and saute the leeks and onions until soft. 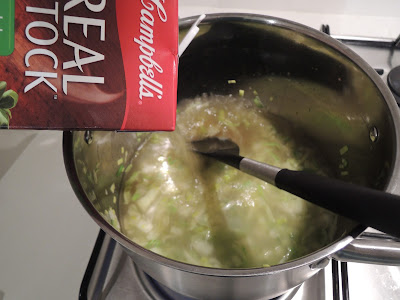 Add in your stock and make sure to scrape any brown bits off the bottom. 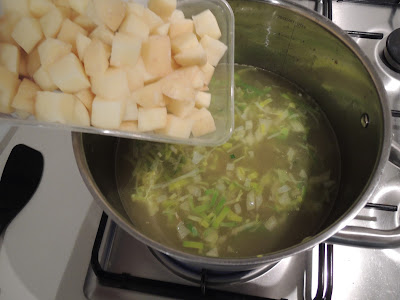 Once the stock is at a boil drop in the potatoes and lower the heat to a simmer and cook for 15 mins or until the potatoes are soft. 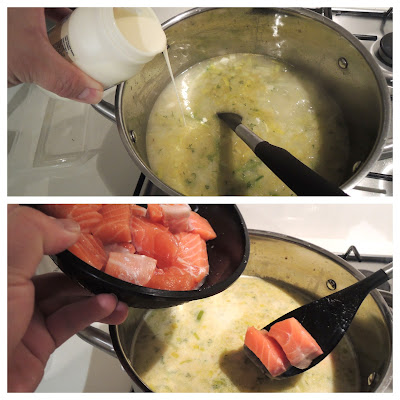 Pour in the cream and then add in the Salmon and cook for an additional 5 mins. Don't let the soup come to a full boil. 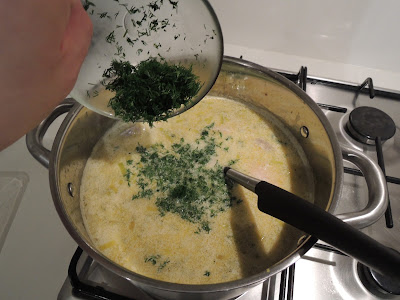 Add all the dill and garnish with a bit of paprika. I made this during our winter months here in Australia and it made for a perfect one bowl dinner. I was surprised how filling it was.

Deglaze pot by adding stock and scraping up any browned bits at the bottom of the pot bring to a boil.

Lower heat to simmer and add potatoes, cook for 15 mins or until soft.

Add cream and salmon and simmer for 5 mins on low heat. (do not let the soup come to a boil)

Add a few dashes of paprika and chopped dill and serve.