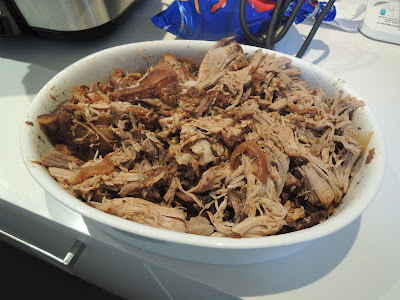 Many people ask what the most important cooking gadget I have in my arsenal. Most of the time I'll reply, my Chinese cleaver, as a universal tool used pretty much every time I work in the kitchen it is in fact my most important tool. But if we're talking about actual cooking device/gadget I have to say my slow cooker. I've talked a lot about it in the past and even labeled my them "Slo-mo bentos". It's a magical device that's great for all sorts of applications and you can't have enough of them (I personally have four back home). 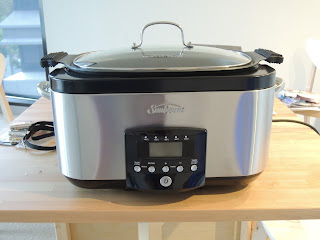 So it's no surprise that the very first thing I purchased when I landed in Australia is a slow cooker. I was torn a bit, I like the simple off-low-high low tech version (great for a sous vide water bath when paired with a pid controller), but I opted for this multi function baby that has a removable non-stick insert that allows you to brown in the pot without taking up stove space. 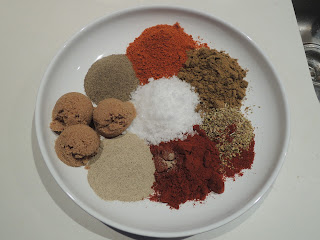 What to make? Pulled pork obviously. I've done it in the past, whether it's a coffee rub, strawberry, or wrapped in a banana leaf. The slow cooker is a perfect portable oven, and although I prefer the smoke and bark produced in a smoker/grill I don't have that luxury in a small condo in the middle of the city. Usually I cheat and use a bit of liquid smoke to get that extra smoke flavor but apparently they don't sell that here (I have since fixed that by bringing in six bottles of the stuff from my last trip home). For the dry rub, I have a combo of brown sugar, black and white pepper, ground cumin, oregano, paprika, chili powder and some salt. 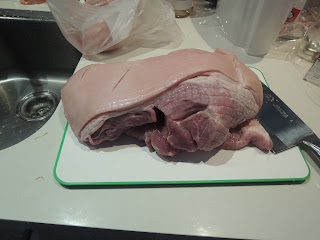 The hard part was actually finding the pork. One of the biggest changes for me since moving down to Australia is the little things that are different. It's kind of like the episode of old Star Trek where they end up in a parallel universe and they had a Spock but he had a goatee and was evil. So it is here, the bacon is "bacon" but not the bacon I love, more of a goatee sporting less good bacon (the bacon hear is made from the pork back). Pork butt and Pork shoulder are not terms that are used here, instead I figured out that  "Scotch Roast" Pork (which is a shoulder cut) is the closest thing but it they keep the skin on. I also swear that pork here tastes different than the stuff we have at home. 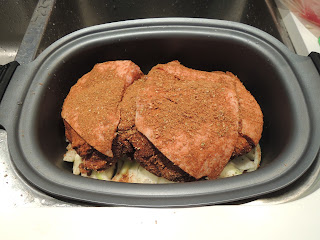 I opted to rest the pork over a bed of onions to elevate the pork from touching the actual walls of the pot. I did remove the skin from the roast, after applying the dry rub I laid the skin (also dry rubbed) on top, I figured the fat still on the skin and the skin itself would help protect the pork from drying. I took it outside to our balcony and let it go for eight hours. (so the apartment wouldn't permanently smelling of pulled pork) 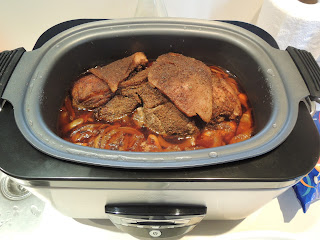 In the end neither really mattered. It's surprising how much liquid rendered out of the pork. basically leaving the meat floating. I'm sure the onion contributed to the liquid for flavor but I could have just tossed the skin. I like the idea of dry roasting the pork, a lot of recipes call for adding a braising liquid. For leaner meats I agree (like brisket from a corned beef) but pork has a ton of fat it'll tolerate a dry roast. The pulled pork was good, a touch spicy for my wife and friends. I still prefer the simplicity of the Kalua pulled pork and now that I have the liquid smoke and found a place that sells banana leaves I might have to do another Hawaiian bento.