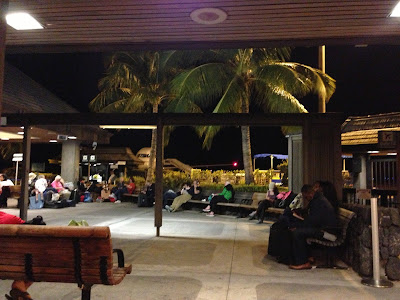 This is how lame I am, I'm just now getting around to post my final day in Hawaii and I feel so lame about it that I'm not even putting Hawaii Trip Day 9 in the title. That and the post basically revolves around the Lemongrass Bistro that we ate at on the last day (we didn't really do anything else). The picture above is the "terminal" at the airport, completely open air and no shops or anything. I'm not sure what they do when it rains.

If you remember from my posts about my Hawaiian trip, there was a little cafe in the food court of the Queen's market  called Lemongrass which my wife absolutely loved. (we hit that food court at least four times during our stay) During our few excursions into the city of Kona Kailua we actually happened upon the original restaurant Lemongrass Bistro.  So when we were scratching for stuff to do before our flight 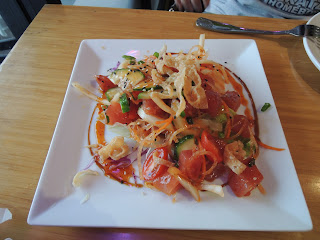 Pictured above is the Ahi Poke. Everyone has their own take on making poke in Hawaii. With access to such fresh fish it's to be expected. They opted for a "sweet heat" sauce/dressing with cucumber and tomatoes. They cut the fish into large cubes which was nice since the sweet sauce would easily be overpowering. 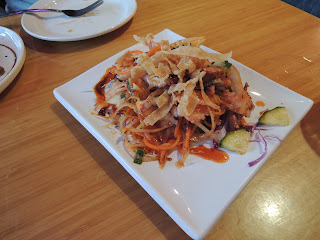 The special was an Octopus Poke which I didn't see much of so I went ahead and ordered it. The octopus was very tender, but they went with the same sauce as they did with the Ahi. 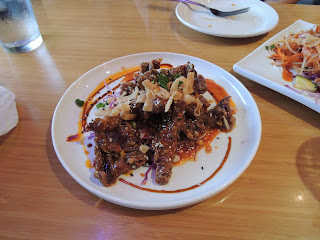 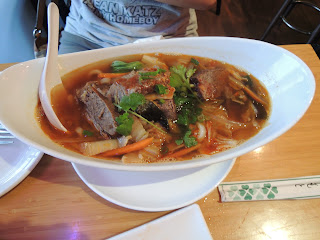 For main entree my wife opted for Braised Short Rib Udon Noodle Soup. The beef broth was delicious. The short rib reminded me of how my dad does the five spice braised beef shank for traditional Chinese beef noodle soup. 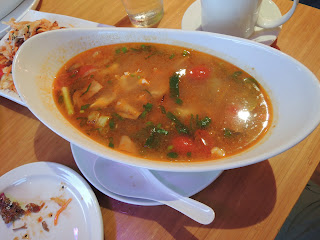 Finally, I went light with the Tom Yum chicken soup. I meant to get the Tom Kha but miss ordered. It was very tasty and filling.

Hopefully life lets up a bit and lets me make a bento soon and hopefully get back to some posting.