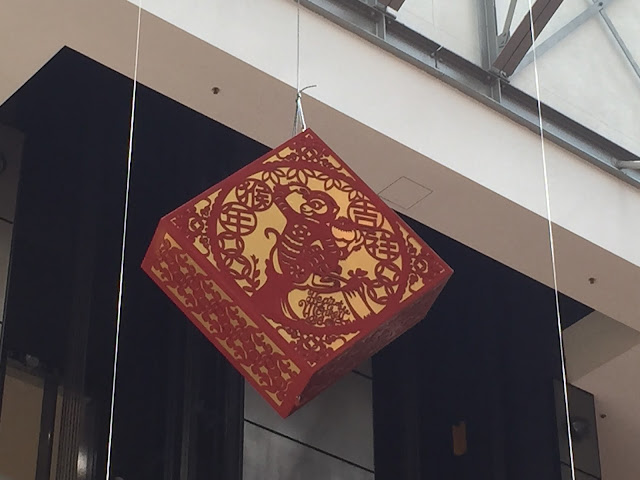 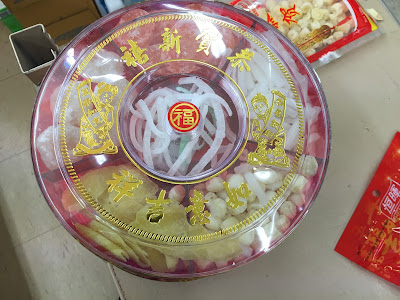 So the story goes: The great Jade Emperor of heaven and earth called on all the animals for a great race to name the years the order would be determined by which place the animal came in. Before the end was a great river which was a major obstacle that each animal had to overcome to finish the race. Rat came in first by hitching a ride with Ox and then jumping off on shore to just beat out his ride. The rest of the animals came in various fashions each displaying their unique characteristics (force, teamwork, cunning, speed etc.) The stories are all a little conflicted on the details but that’s how it goes sometimes. There’s also a side story about how rat and cat were neighbors and either rat screwed over cat and didn’t wake him for the race or when they were riding on ox over the river rat pushed cat into the river and he drowned (thus explaining why cats hate rates, and maybe water). 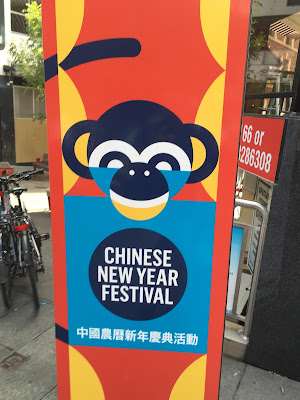 Sydney has a pretty big Chinese New Year celebration (Lunar/Chinese I’m gonna use them interchangeably they refer to it as Chinese New Year CNY here.) full of events, parades and fireworks. They had 12 zodiac animal lanterns all around town that I decided to hunt them down pokemon style. I’m also using it as an opportunity to talk about some of the foods we eat during Chinese new year for good luck and prosperity. We’ll go in order of the animals but the food in no particular order. 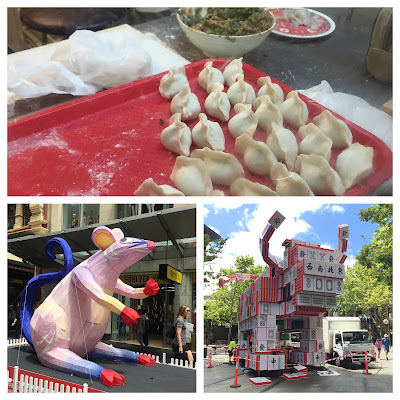 Our first two winners Rat and Ox. Rat won out of intelligence and eagerness (it was the least favored to win and only jumped ahead of ox because it was excited), Ox from strength and charity (some stories naivety )  for taking rat on it’s back to cross the river. (Sorry they were still constructing the Ox statue out of mahjong tiles.)Dumplings: dumplings are shaped like chinese gold ingots during the imperial age and represent weath and prosperity. Growing up, coins were hidden in the dumplings and it represented good luck to have “discovered a coin”. (not sure if it’s good luck if you happen to break your teeth on the coin.) 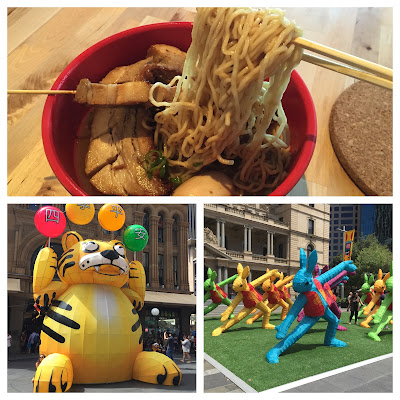 Tiger and Rabbit came in next, Tiger through sheer determination and stubbiness. Rabbit was nimble and quick for hoping stones across the river. Noodles: Noodles represent long life. In fact they serve “long life noodles” which are really really long noodles during new years. But any noodles usually work. 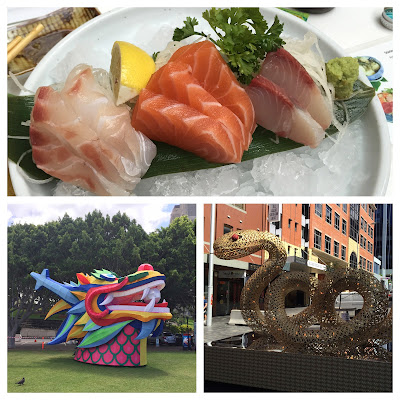 Dragon was held back because it was busy bringing rain and helping the people. Snake won by sneakily riding across with horse and scaring it at the last second the secure it’s 6th place (cunning and unscrupulous). Fish is a must have, fish (Yu) sounds like “excess/surplus” so we eat fish hoping for surplus for the year, it’s also tradition not to eat all of the fish to represent the surplus you will have. Some customs also dictate that the fish must face the guest and you leave the head and tail etc. Yeah, I cheated and had some sashimi, I did leave a piece per custom. 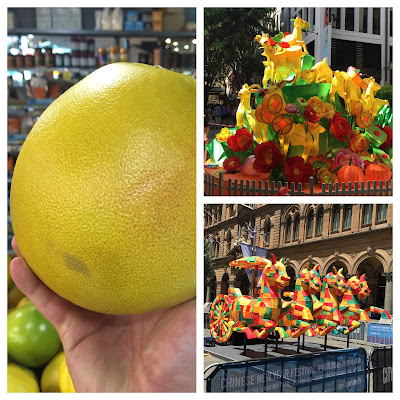 Horse comes in seventh because of snake. Goat and Monkey cooperated with Rooster. Goat chewed up the grass to free the the boat that Rooster showed Monkey and Goat. Fruit shows up a lot during new years specifically Pomelo, Tangerines and oranges. Usually stacked up on the offerings to our ancestor and deities. Again with the homophonic words Pomelo sounds like “to have” and Tangerine/oranges (same word) sound like the word for success. 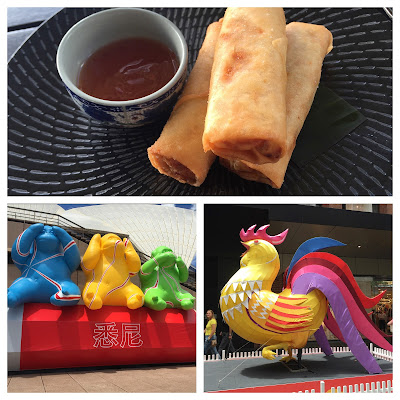 Monkey helped tug the boat to the water that brought Goat, Monkey and Rooster. Rooster found a boat and showed Goat and Monkey to get their help. Spring rolls are also shaped like gold (bars) which is another symbolism for wealth. 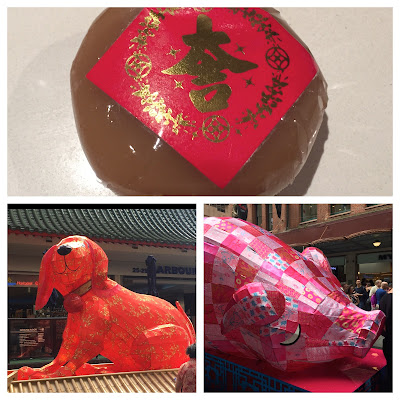 Dog, while a strong swimmer stuck around to playing the water. Pig was famished half way through the race and had a snack and took a nap, but made it none the less. Finally dessert we have “Nian Gao” also called Year cake it more resembles a japansese mocha. Nian Gao sounds like Year higher and we eat it hoping that each year gets better than the last.

There’s other stuff we eat but I didn’t happen to 1) eat them or 2) get in a picture this weekend. Also I understand that each region and family may have their own foods, so this is just some of the things we ate while celebrating the New Year growing up. Fortunately Chinese New Year is a week long celebration so I have some time to hunt down the rest.
Chinese New Year yammering