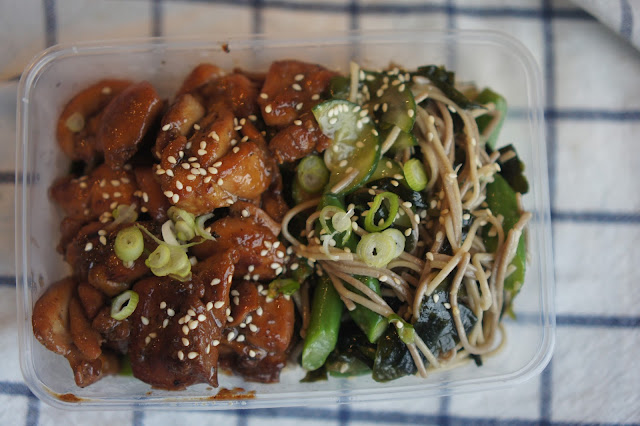 The Missus had a hankering for soba noodles so I did a little search in the backlog and found a cold soba salad that seemed pretty yummy. I paired it with a Japanese ginger chicken recipe to add a bit of protein to round out the bento. 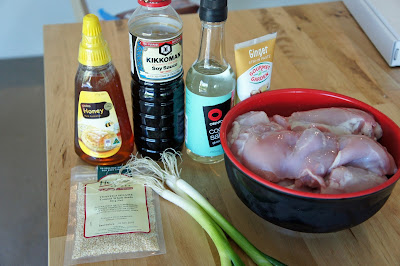 First up the ginger chicken. There are quite a few variations of this recipe and it's been referenced as a "comfort food" with many tales recounting mothers or grandmothers serving this dish over a bowl of rice. They're all about the same recipe wise so I picked this one that I saw featured on pbs.org. The ingredients are pretty straight forward: chicken thigh soy sauce, sake, honey, ginger, vegetable oil, chopped scallions and sesame for garnish. 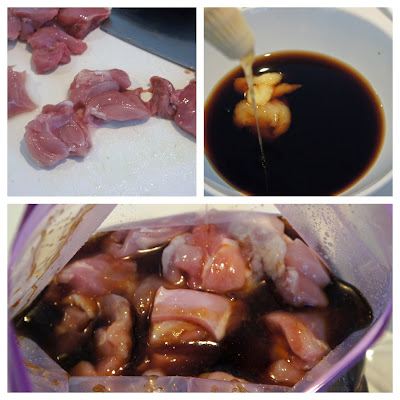 The marinade becomes the sauce, you cut the chicken in bite size pieces and drop it in a marinade. I let it go for a few hours as I ran some errands. 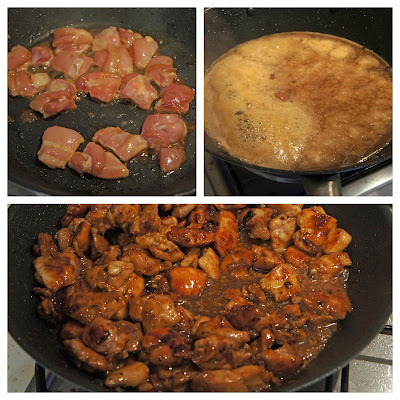 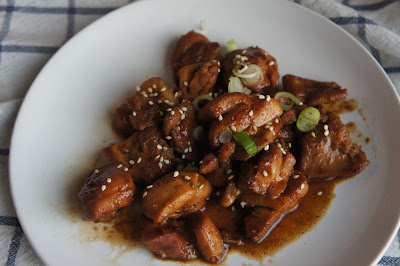 To serve garnish with sesame seeds and scallion. It's usually served over a bowl of rice or in this case I served it with: 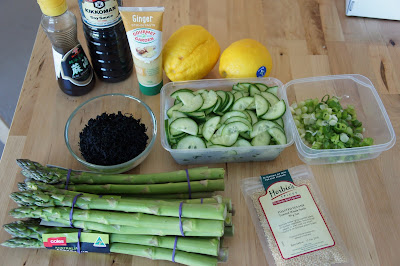 Soba Salad with Seaweed, Cucumbers and Asparagus. This recipe I got from the guys at SeriousEats (I'm a a big fan of the site). 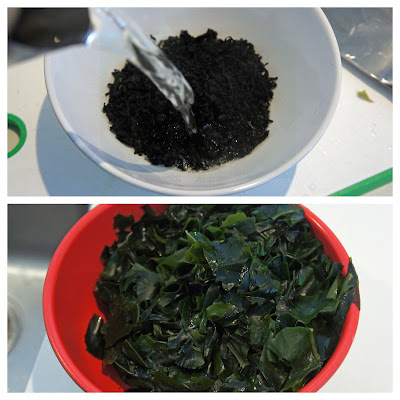 The big surprise was the 1/2 ounce of wakame seaweed. I rehydrated it in a bowlful of boiling water and it started overflowing the bowl and I had to change bowls. 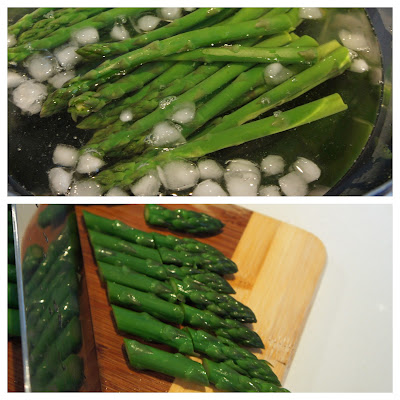 The rest was pretty easy, blanching the asparagus 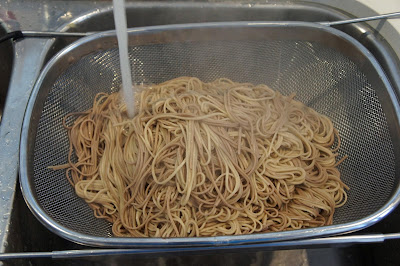 Cooking the soba noodles and chilling them under cold water 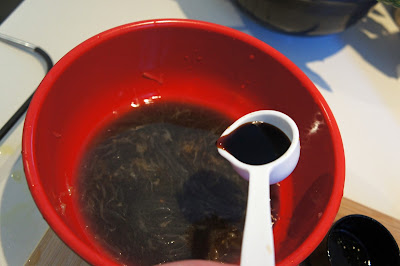 Whisking together the dressing 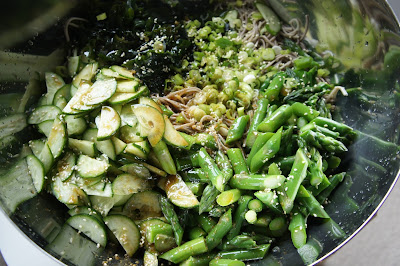 and then putting everything together. 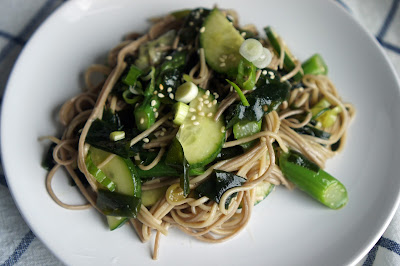 Lessons learned on the soba noodles: I tried to scale the recipe to 2x but it's way too much noodle to easily toss and incorporate the other ingredients. Also, my noodles appear to be thinner than the noodles they used (the picture they had makes it look like they used something with a lo mein noodle thickness). The weaker, thin noodles broke way too easily. I personally think a cold udon noodle would have been a good idea. Also soba noodles don't store very well, again Udon noodles would have faired better. Still it was a very light and zesty dish.

I loved the ginger chicken, It's definitely on the keeper list.