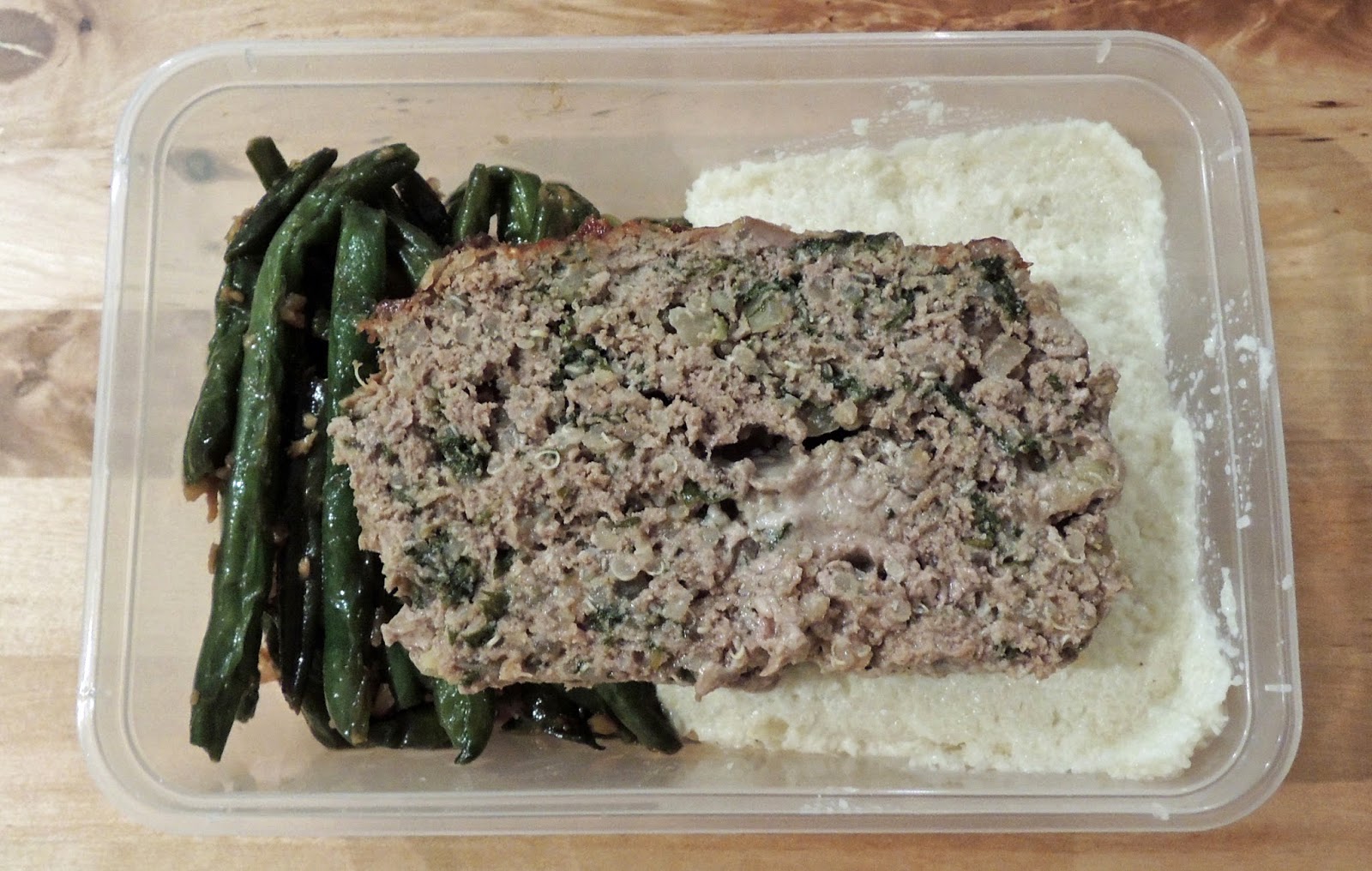 Growing up I didn't have much in the way of traditional "American" food, my parents owned a Chinese restaurant so we had a lot of Kung Pao chicken and Happy Family.  In fact we had so much happy family I started calling it "sad family". The days we got to go to McDonalds (or as they call it here down under "Mackers") or even to the Luby's and Furr's cafeteria were for me a real treat. My Mom would do her best and learn as many of the dishes we'd request (she does a killer lasagna) but I never got burned out on what most of my friends would complain about.

So every once and again I would get a weird craving for what my friends would describe as they're versions of "happy family". Being away from home I've had a double craving for "American food" so I decided to do a little east meets west, healthy meets comfort American bento box. 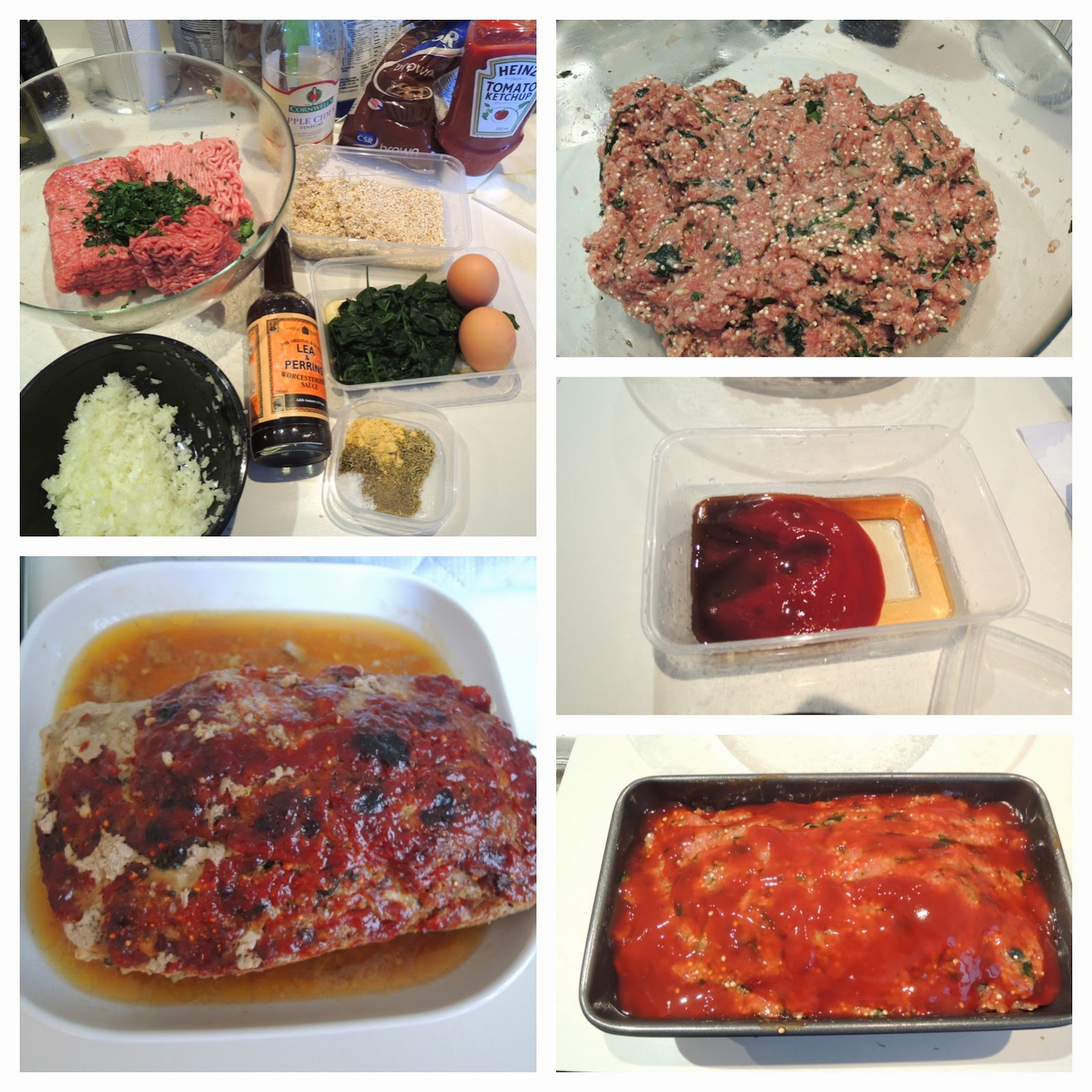 We'll start with the star of the show: Meatloaf. As always I'm trying to be mindful of empty carbs, so I've blended together a few meatloaf variations I've been sitting on to put together a "healthy" meatloaf. I used a combo of lean meats and pork, on the spice front we have thyme, rosemary, mustard, salt and pepper, filler: I went with some soaked quinoa parsley and spinach, the glaze was ketchup, brown sugar and some vinegar (I had some apple cider from... well that's another post) and finally a couple of eggs for binder.

This actually came out great, I've done a quinoa meatloaf in the past but the quinoa ended up seedy and hard on the exterior. The soaking helped a lot and kept the quinoa from burning and absorbing a lot of fat and grease but still produced a moist meatloaf. And I think the quinoa blended in better than large hunks of bread that is the usual binder so it was more "meat loaf-y". The spinach was a good add as well in terms of getting some veggies in, that and it gave it some color. 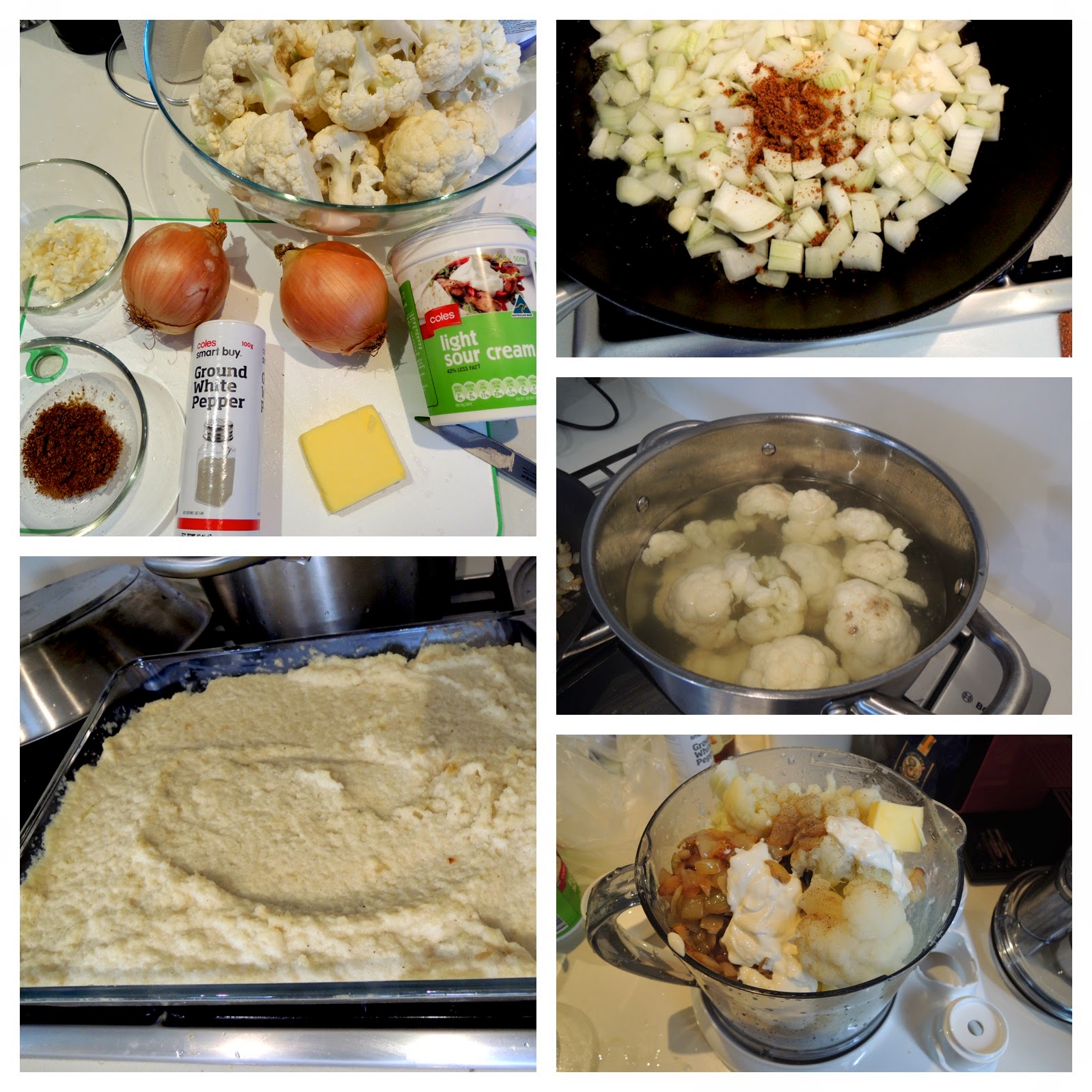 Instead of the standard mashed potatoes, I went with my mashed cauliflower. I posted on this before a while back, but this time around no truffle oil. It's a pretty simple recipe: cauliflower, sour cream, butter, garlic and onion, chicken bullion and Salt and pepper.  Just boil the cauliflower for 15 mins, saute onion garlic with bullion and whizz the rest together in the food processor. I tossed it in the oven and it dried it out a bit and removed some excess moisture. 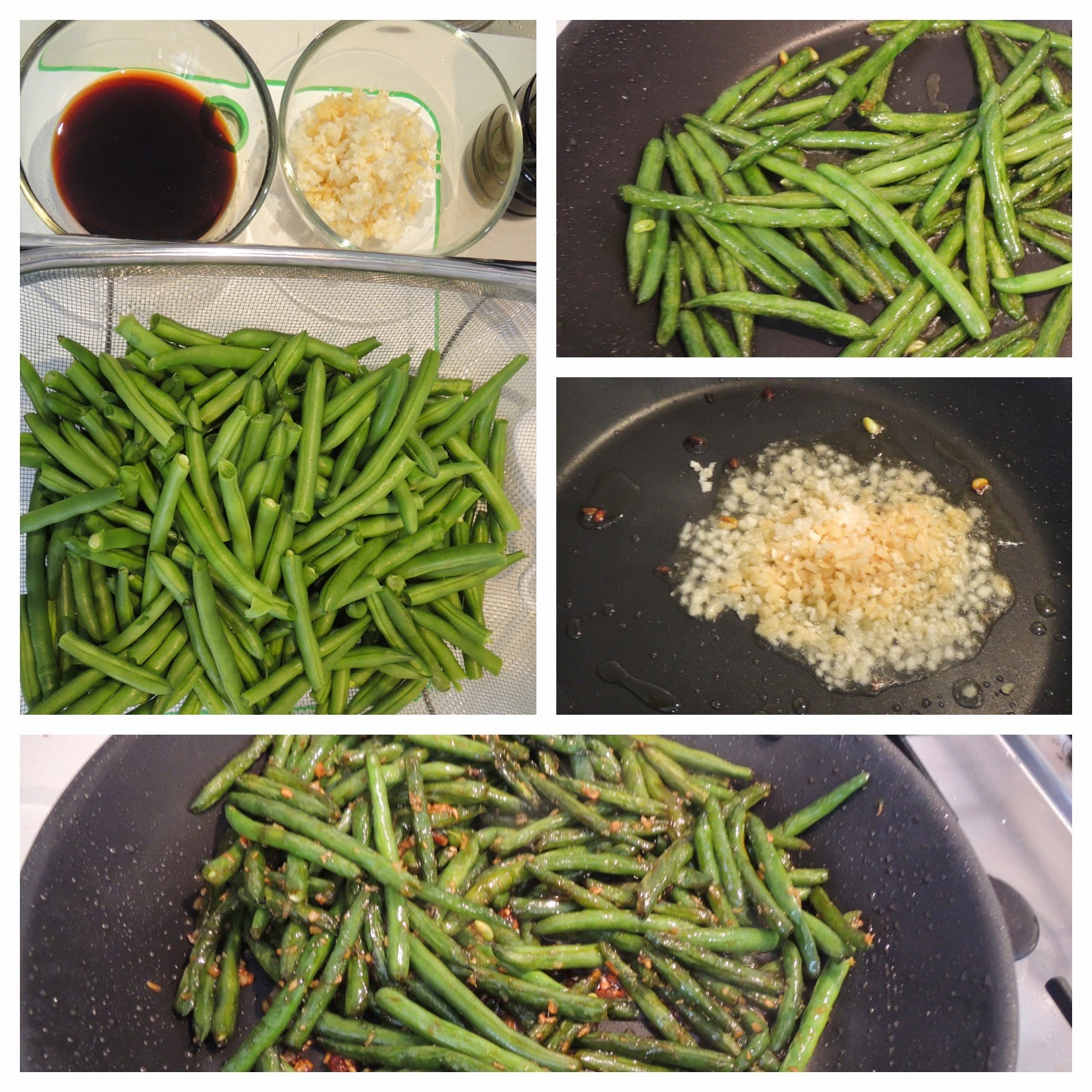 Here's where east meets west, I went with a four season green bean (四季豆). It's a simple green been dish sautéed with garlic and ginger with a soy sauce with a bit of sugar and sesame oil. The trick is sautéing the green beans in a bit of oil until they soften, alternatively I blanch the beans in water to retain some crunch. Then infuse some oil with the garlic and ginger and toss in the beans, soy sauce and sugar. As you plate finish with sesame oil.

Preheat oven to 450F
Heat a non stick skillet and saute spinach with a bit of water until the spinach has just wilted. Set aside and let cool.

Combine ketchup brown sugar and vinegar and brush on to the top of the meatloaf.

Bake in the oven for 15 mins then turn the heat down to 350 and cook for 1 hour or until internal temperature has reached 155F then remove from oven.

Allow meatloaf to cool at least 10 mins then remove from pan and slice into 1" cuts.

Preheat oven to 350F.
Bring the salted water to a boil. Cut off the outside leaves of the cauliflower, use knife to cut out the core with a large V. Cut into large florets. Drop into boiling water, cooking until soft, about 13 minutes. Drain well in a colander.

Heat olive oil on medium heat in a skillet. Add the onion, garlic and bouillon cook until onions are soft, keep stirring do not let the onions brown or burn.

Combine Cauliflower, onions, 1/2 sour cream, butter, salt and pepper into a food processor and blend and add sour cream until you get your desired consistency.

Put cauliflower in a casserole dish and bake for 15 mins until the top is set.

Mix together soy sauce and sugar.
In a non stick skillet  heat oil to medium high heat. Saute green beans until they are soft, the skins will darken and appear "wrinkled" make sure to stir continuously or the beans will burn. Drain oil into skillet and remove the beans.

Reduce heat to medium. Saute garlic and ginger until garlic is soft again keep the skillet moving do not burn the garlic and ginger. Add back the green beans, soy sauce mixture, salt and pepper. Toss to combine. Turn off heat and plate. Drizzle a bit of sesame oil prior to serving.
(Serves 4)
beef cauliflower green beans healthy pork quinoa