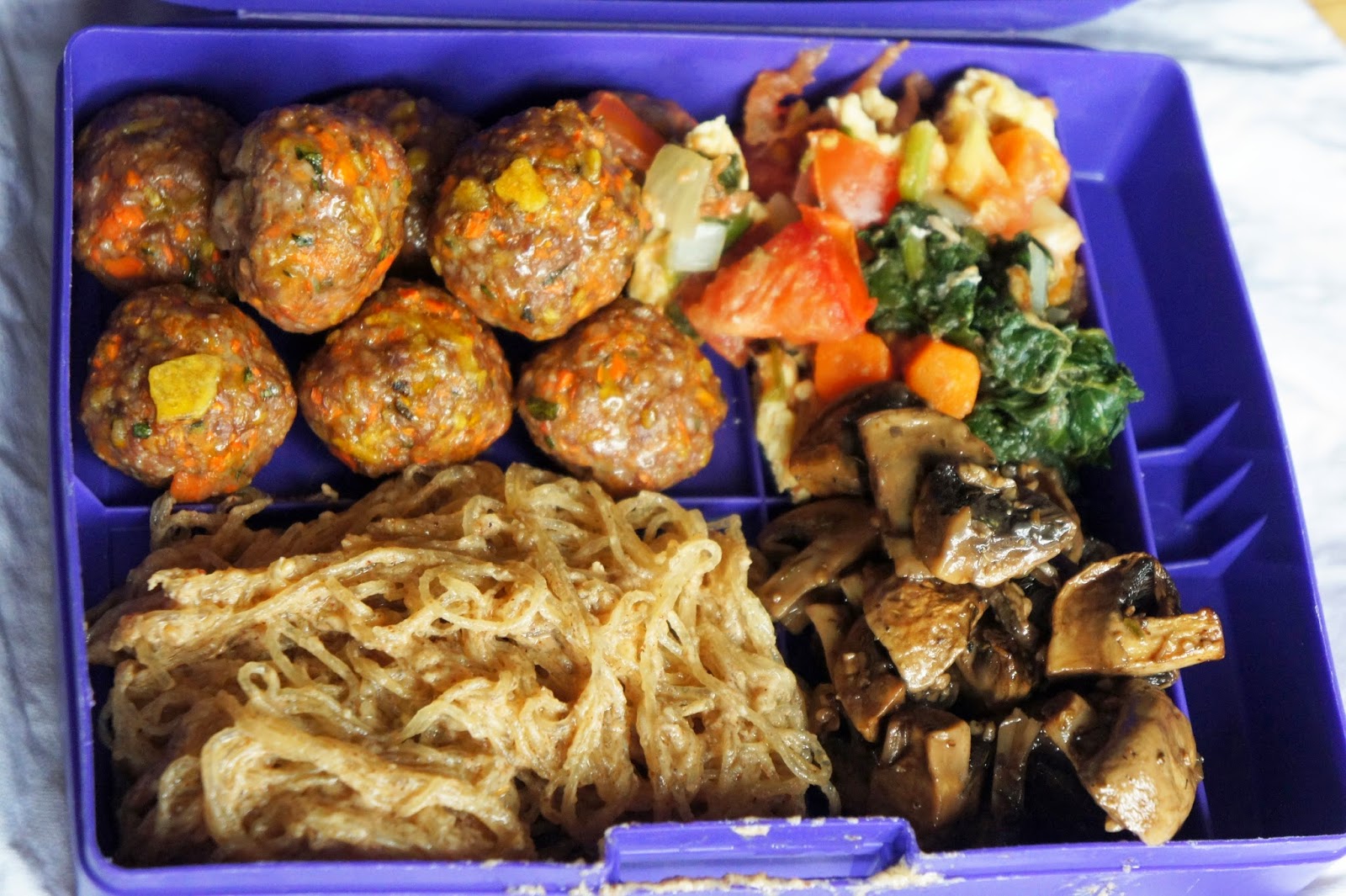 Time really has gotten away from me so I've been trying to get my cooking in where I can. I have been seeing quite a few recipes calling for "kelp noodles" recently in my news reader so it's really this weird ingredient that managed to get me off my butt to cook. 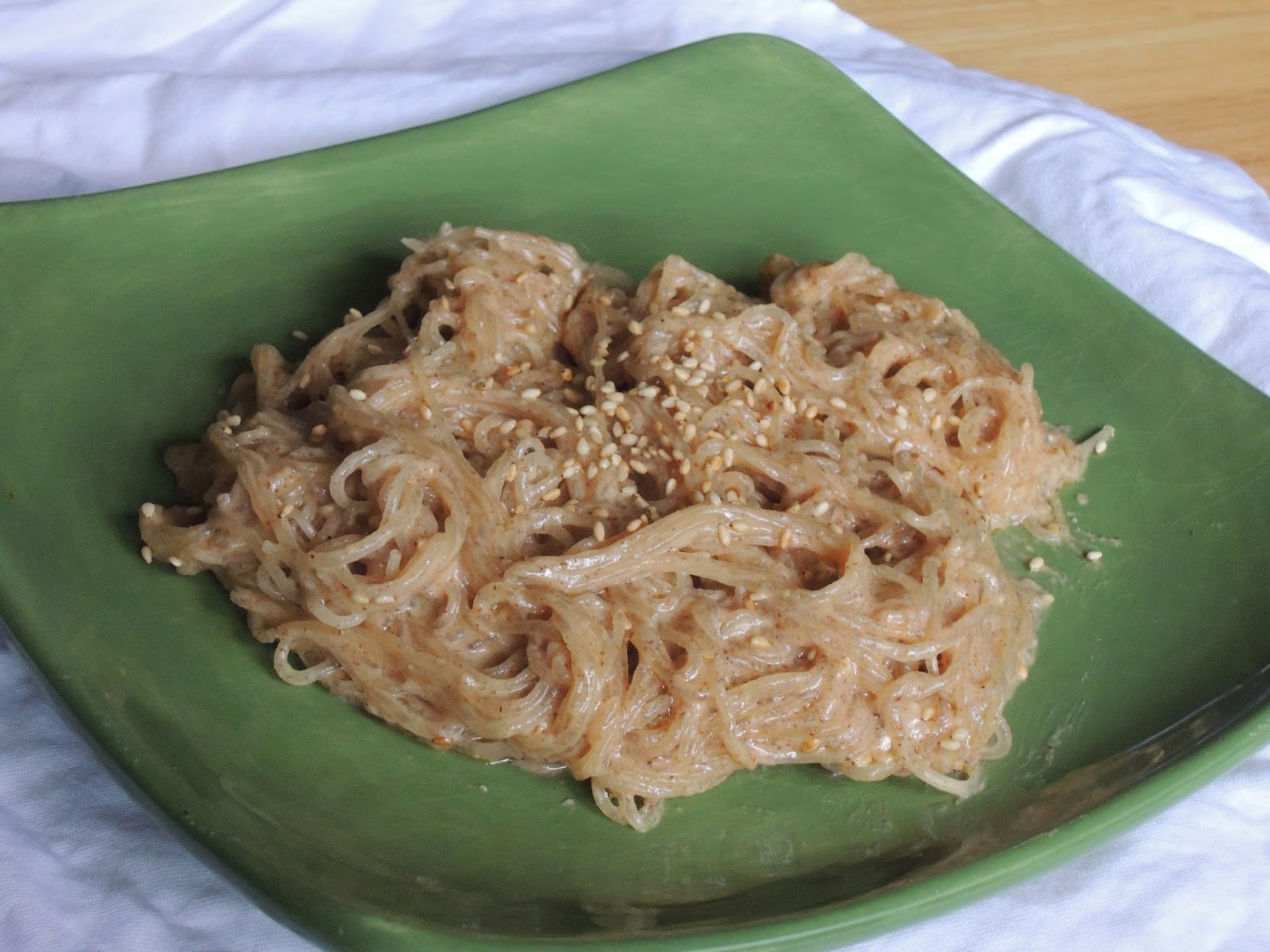 I landed on this sesame almond butter kelp noodle. It's very similar to the thai peanut soba noodles I prepared in the past except for the use of kelp noodles. Kelp noodles are a very curious ingredient, they are made of (surprise!) kelp or seaweed and containing about 10 calories for 12 ounces. The noodles are clear and look somewhat like glass noodles used in Chap Che except not nearly as elastic, when eating them they have a distinct "snap" and crunch to them (like a rubber band at breaking point). There is no flavor so they take on the flavors of whatever dish you might prepare. They can be used right out of the package without any sort of cooking (I do rinse them just in case) but I do recommend cutting them into manageable segments as they come in a giant "tangle" making them very hard to toss. For this recipe I cooked the almond sauce and then tossed the noodles into the sauce.  I felt the sesame almond sauce was a bit too overwhelming, but my wife seemed to really like them. These noodles might be better in a noodle soup form like a vietnamese pho, I still have two more packages left so I might have to give it a shot but just from this experiment I prefer the shiratake noodles better. 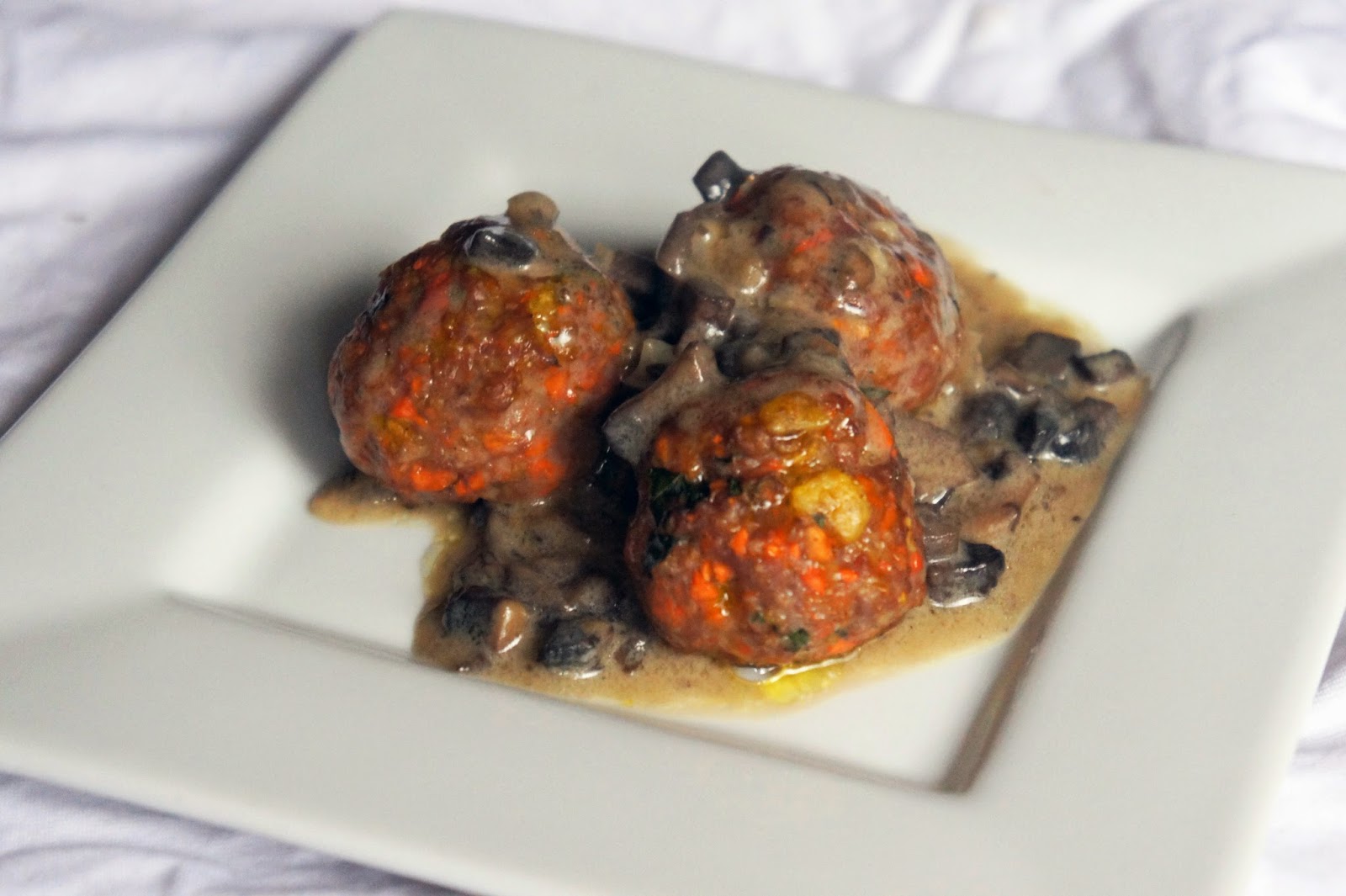 I've had these "paleo lamb meatballs" on my list of "must try" for quite some time. Instead of using bread/breadcrumbs as a binder the recipe called for the use of plantain chips which was very interesting. I went with a course chop in the food processor but I think it would have been better if I had blitzed them into powder. The meatballs were served with a mushroom sauce thickened with coconut milk and tapioca starch. I think this one is a keeper, we gobbled up the whole batch over the week. 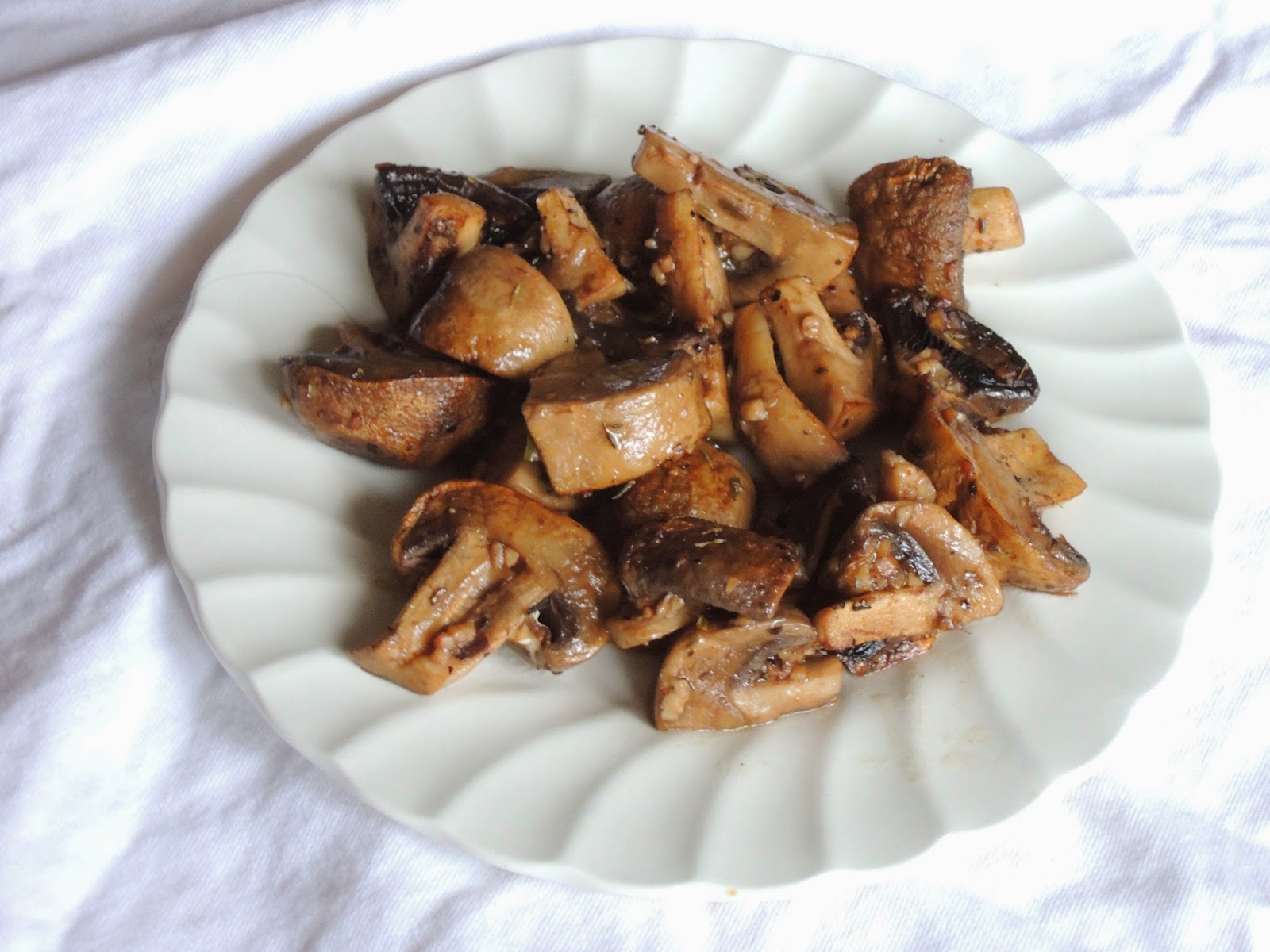 Roasted Mushrooms: The mushrooms were roasted with thyme garlic and oregano and finished with a bit of balsamic vinegar.

To round things out, I took a less successful attempt at a vegetable omelet and turned it into a vegetable egg scramble. Adding a lot more vegetables made this less of a breakfast item and more of a vegetable side dish. I have no real name for this other than rescue scramble.

I'm thankful for finally being able to post some cooking. We've been so busy recently we've opted to try out Snap Kitchen's 21 day challenge. It's prevented me from doing any cooking (since it's all done for us). I'll put up a post about my experience and results but I'm already thinking about how to adapt my cooking and create something sustainable.

Ok that's it for now!