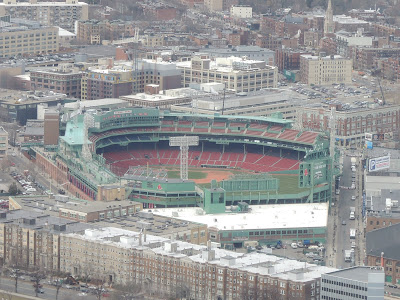 Day 2 of our trip to Boston, above is the famous Fenway Park home to the Boston Red Sox. I caught this shot during our first day viewing the panoramic scene on top of the Prudential building. 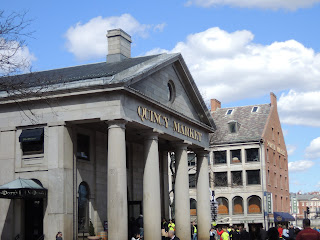 That morning we were preparing for our segway tour and took a walk thru Quincy Market. Quincy market houses a huge "food court" (much like you would find in any mall just lots bigger) with every type of food you could imagine. Next to it was an open air farmers market. We didn't get a lot of time to linger here since we were heading out to lunch. There were lots of street performances and I could see this being a nice "make a day of" shopping eating and entertainment. 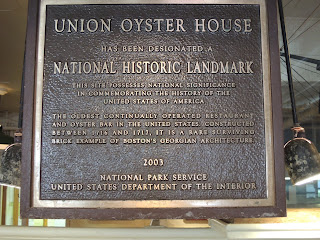 We made our way to lunch at the Union Oyster house. It makes the claim to be "The oldest restaurant in America" and the plaque from the national park service (pictured above) confirms it.  As expected they had fresh oysters as well as littlenecks and cherrystone clams. Sitting in the wooden boothes one can get a real sense of history. The menu is fairly simple and straight forward raw, steamed or fried seafood and prices seemed reasonable. 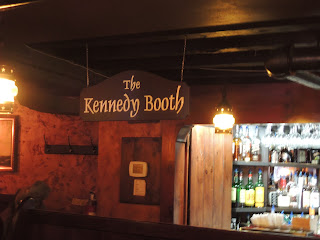 If you have a party of six you can reserve the JFK table. Apparently the Union Oyster House was a favorite of the late president. The secluded booth is near the upstairs bar.The whole place was really dark so there's no real point in showing any pictures of food. 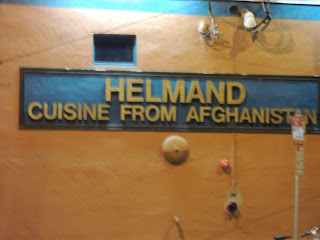 After an eventful segway tour and a "duck tour" where we took a tour of Boston on an amphibious decommissioned military vehicle. We made our way to Helmand, a delightful Afganistan restaurant. An interesting fact: the owner Mahmoud Karzai is brother to the President of Afganistan Hamid Karzai. 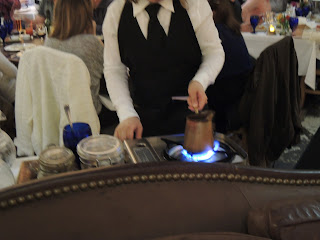 While we wait for our table we watched them prepare a Turkish coffee for some customers. Over the stove is a traditional coffee brewing pot where various spices (cardamom and clove are the only two I saw clearly). We had some for dessert, very strong, sweet and aromatic.  (sorry about the pics, the restaurant was pretty dark and my camera did it's best to compensate but some pictures were blurry) 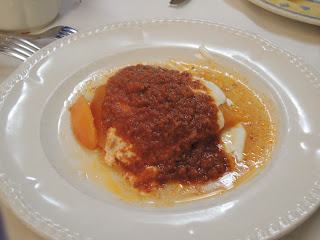 We ordered a couple of appetizers this first one is called Kaddo, pan fried baby pumpkin served on a yogurt sauce. It reminded me a bit of a sweet potato. 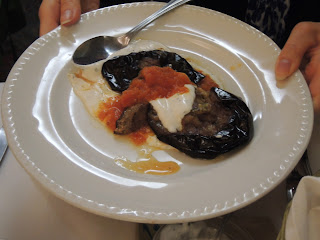 Similar to the Kaddo was the Banjan which had panfried Eggplant instead of the pumpkin. I personally liked this one better because I happen to enjoy eggplant and for no other reason. 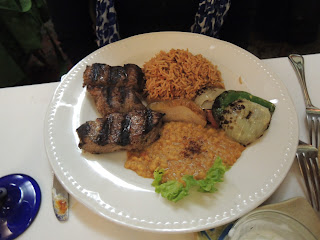 For dinner our friends ordered the Theeka Kebab with lentils and rice pilaf. The Prime Rib  was marinated and grilled. The beef was exceptionally tender and well flavored. 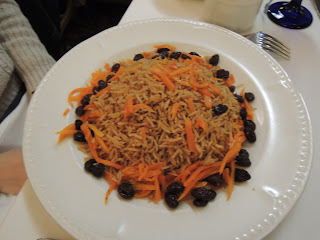 My wife ordered Qabalee a rice dish with carrots raisons and lamb. This reminded me a lot of an Indian Biryani. I liked the plating/styling. The lamb is hiding in the center of the pile of rice. My wife described it as, a sweet dish with a lot of flavor, the lamb was very tender and well seasoned. The carrots were steamed and there was slivered almonds. 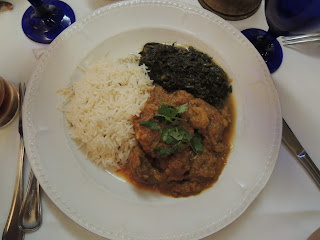 I ordered the Lamb Lawand, which was a leg of lamb "curry" very reminscient of many curries of the area. Our friends commented that they usually stay away from lamb because of the strong flavors but this didn't have any trace of that "gaminess" the meet was fork tender. I really enjoyed the spinach, it was cross between an Indian saag dish and a simple sauteed spinach in that it was spiced like a saag but had more substantial (not mushy) texture closer to a sauteed spinach (but a little more broken down). 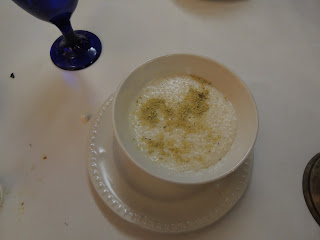 For dessert we ordered Sheerberaing (rice pudding with pistachio and cardamom). This was pretty interesting since a lot of Middle Eastern cuisines have a variant of rice pudding that's fairly similar. In this version the rice was cooked down quite a bit more and the pudding was very thick. I was able take a spoonful and turn it upside down without any falling off (well it did after 30 seconds as I tried to fumble for a picture.) Since I was fairly full I didn't order dessert but I did find myself nibbling on this more than I should have. 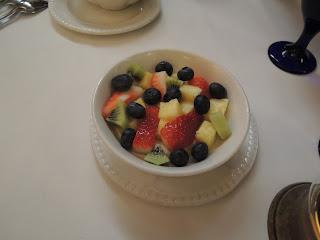 Second dessert we ordered was the Feereney which was a simliar pudding to the rice pudding (without the rice but definitely milk based) topped with fresh fruit. The pudding again was very sticky and thick a perfect dish to consume with some strong Turkish coffee. 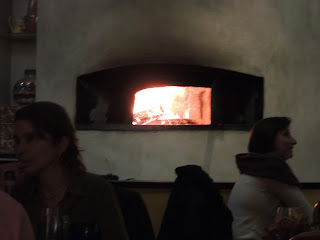 The restaurant was quite busy, we were a little peeved that even with a reservation we had to wait 30 mins to be seated. The wait staff patently avoiding the host area because of all the upset customers (not a great way to handle things IMHO). But once we got seated they were fast to take our order and the food came out very quickly. They had a neat wood fire oven where you could watch a bread maker large squares of flatbread.  We had a good time and the food quickly brushed away our annoyance at waiting.

It was definitely an action packed second day in Boston but still a good balance of seeing as much as we can without burning ourselves out. The segway was a lot of fun, yes you look like a dork on the contraption but it's a lot of fun to drive just make sure to pay attention to the "emergency" stop procedure in the training at the beginning.