I had to rename the post to things I'll miss about Australia especially since this title picture is a panorama of Newcastle beach.  We actually visited Newcastle quite a bit. First about the beaches, so most beaches have have a shallow protected area for children and usually a concrete lap pool that is fed by the ocean waters. The water is very blue and beautiful. We really enjoyed Newcastle since it's a smaller city that has upgraded itself from the industrial coal harbor to be a bit more tourist friendly. You can walk from the Harbor side to the ocean beach side within five blocks. It reminds me of Austin in the late 90s, meaning small and slower paced. 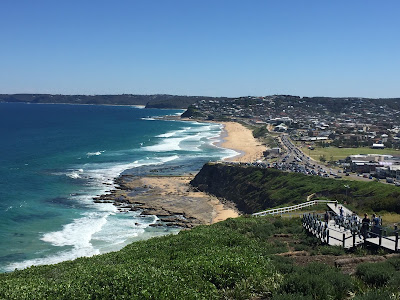 While in Newcastle take a walk on the ANZAC memorial walk. 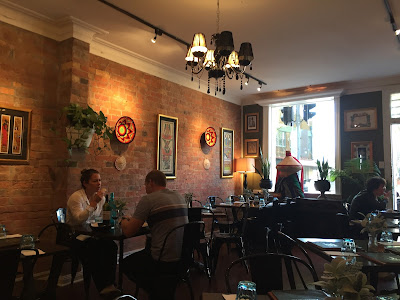 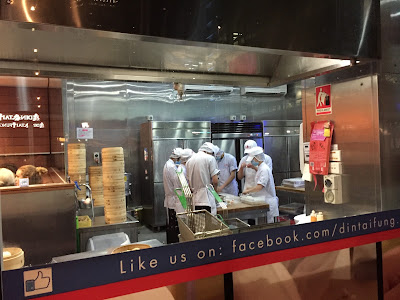 Back to Sydney. World Square off Liverpool is an area we spent a lot of time especially because they had a Din Tai Fung there. The BEST soup dumplings, I was first introduced to this place in Taiwan. I was excited to find out there were like five of these places in close proximity here in Sydney. My first two weeks visiting here, I had soup dumplings for lunch or dinner seven times. No doubt I will miss this place the most. In the city they have a Din Tai Fung in the Westfield tower, Broadway shopping center, Star Casino and World Square. 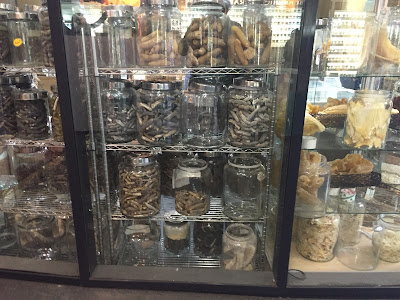 Not for everyone, but Chinatown (Haymarket) had a lot of Chinese apothecaries that feature a wide variety of dried seafood delicacies. 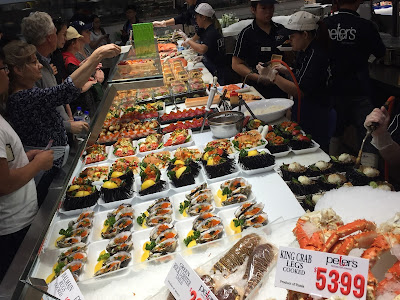 I talked about the seafood at the fishmarket this is a shot of the sashimi/sushi you can get there. 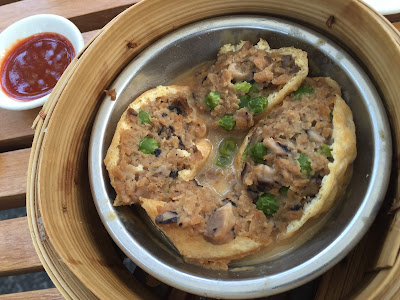 Near St Mary's Cathedral off College street is Bodhi Restaurant. This place features vegetarian fare and in particular a vegetarian Dim Sum menu. 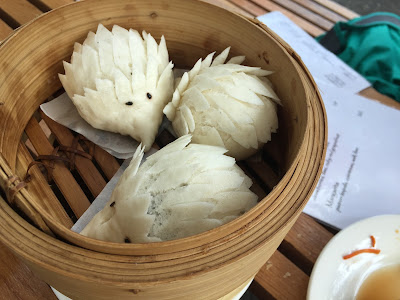 The dishes were very creative and if someone didn't tell me it was a vegetarian place, I wouldn't have questioned it. 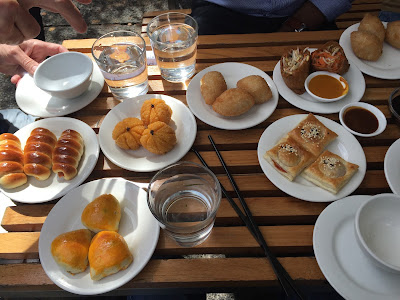 It was really close to work and we visited a few times. I was really impressed with this place hence the extra pictures. 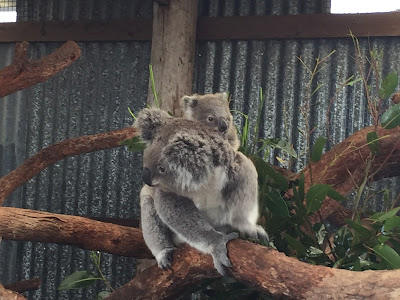 Hunter valley is one of the Australian wine regions just about three hours out of Sydney. They have a hidden treasure: Hunter Valley Zoo. Originally an animal refuge/sanctuary it expanded to let the public in. You can actually feed the animals and interact with them. Uh and koalas. 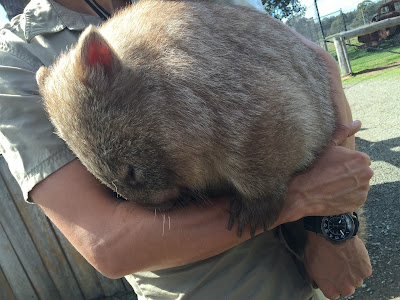 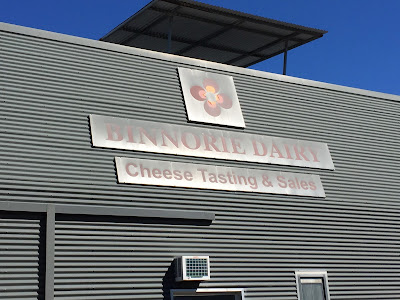 Visit Binnorie Dairy they have some wonderful Goat cheese Feta. 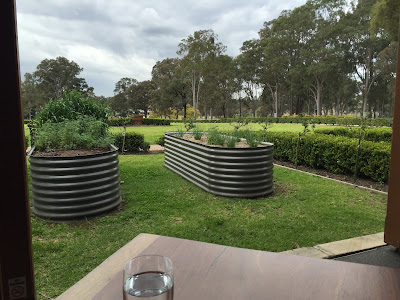 And of course do the winery thing. 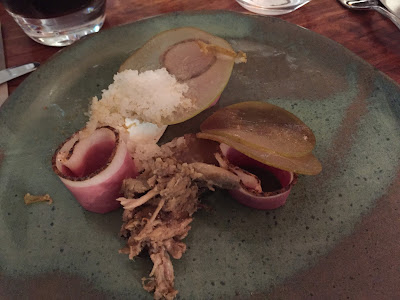 Exp. Restaurant is one of the restaurants that we really enjoyed. 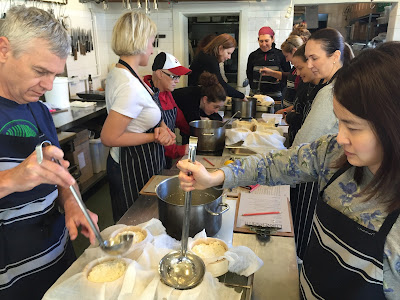 Check out Cornersmith, we took a miso and tofu making class there (they had other classes that we wished we had time for). They also feature a lot of locally made goods (jams, kombucha etc). We saw that folks bartered with their garden grown produce and fruits. 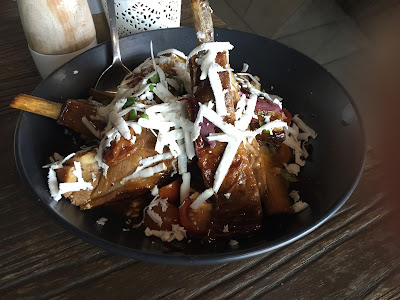 At Dawes point we dined at Seawall Bar and Restaurant. They had a nice Tapas menu and I really enjoyed the lamb ribs. 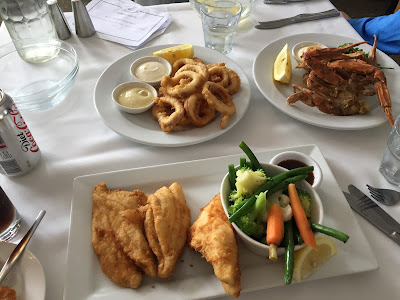 There really isn't a bad picture of the harbor. 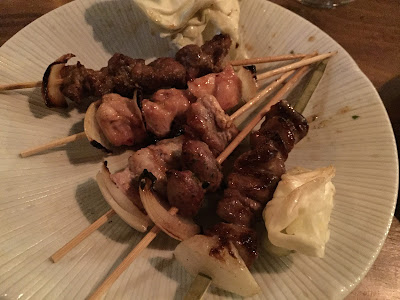 Chaco Bar off Crown street and Yurong is another tucked away izakaya (only at night) that had a great decor and atmosphere. During the day they only serve Ramen. 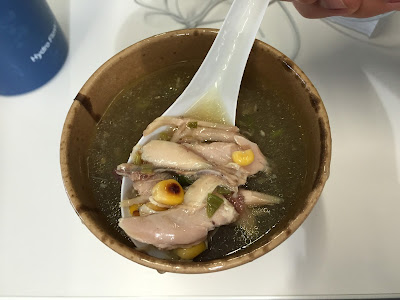 Unfortunately this one is closed now, but the coffee bar downstairs at work had this chicken soup which was awesome on a winter day. I managed to get the loose recipe from the chef before they closed. 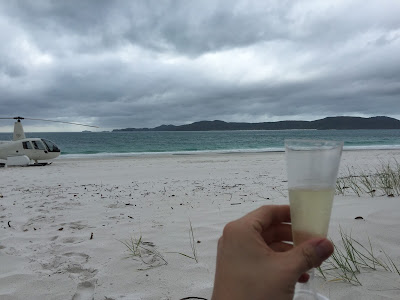 This is a picture of Whitsunday beach where we had a picnic lunch (after a helicopter ride) the sand is so fine it's like flour. Again, I'm so behind on posts but If you get a chance go visit the Great Barrier Reef. It's amazing!

Hamilton Island is where we stayed when we visited the Great Barrier Reef. It's a resort island that had you drive around on a golf cart. Great place to stay and we were told a lot less touristy than Cairns. You can charter boats to take you out to scuba/snorkel the reef. 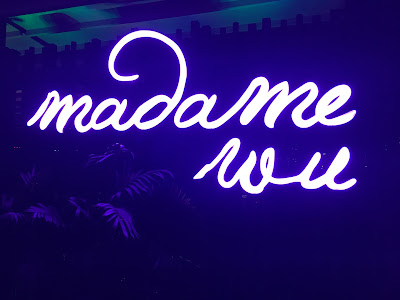 We only spent a couple of nights in Brisbane, it seemed a lot more laid back. We went to Madam Wu's for dinner and it's worth a check out. 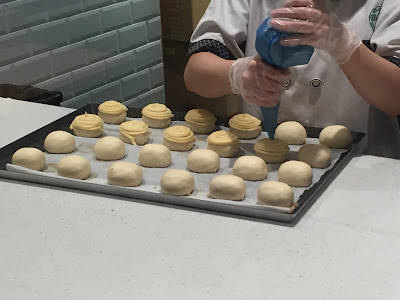 Tim Ho Wan is probably the most affordable michelin star restaurant they are famous for their bbq buns which is not usually the bready fluffy bbq pork bun. The bun has a crispy sweet outer shell and a stew of bbq beef in the center. They opened two in the CBD area one in the Westfield tower and one by George street off the Townhall train station between bathurst and liverpool. 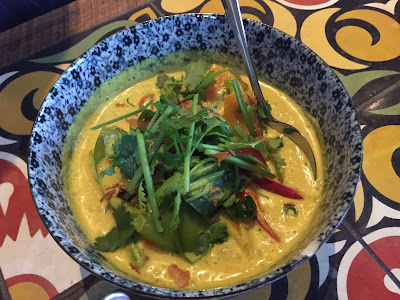 Mama Buoi in Surry Hills. They had this delicious Coconut Tamarind curry. Pumpkin, eggplant, sweet potato and mushroom. So very delicious. I really need to figure out this dish. 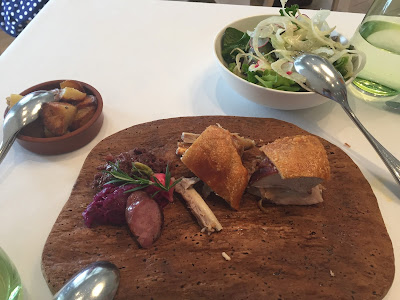 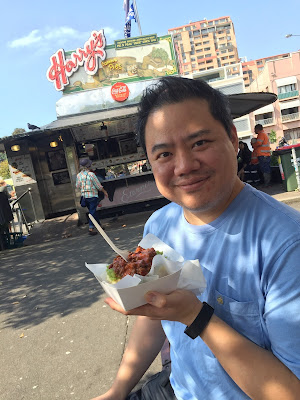 This is more of a tourist one, but Harry's Cafe de Wheels. They are famous for their pies. So I had a pie, with mushy peas, gravy and chili on top. 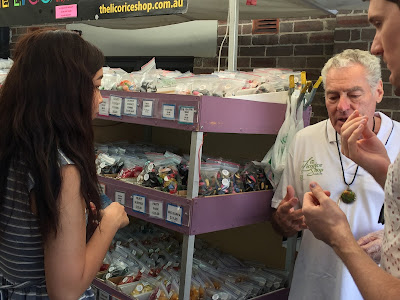 If you get out to "The Rocks" markets during the weekend there is a licorice shop, the guy is super passionate about licorice and all the unique flavors he makes. It's awesome. 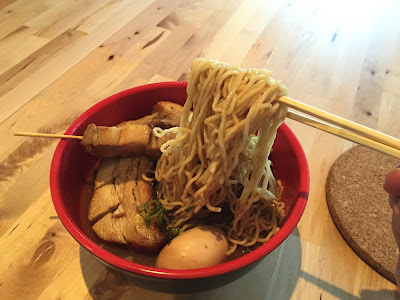 Gumshara is another famous Ramen shop located in Haymarket off Dixon street. It's my second favorite only because it's farther out.


Wow Pt 2 only took me one year back on my camera roll.