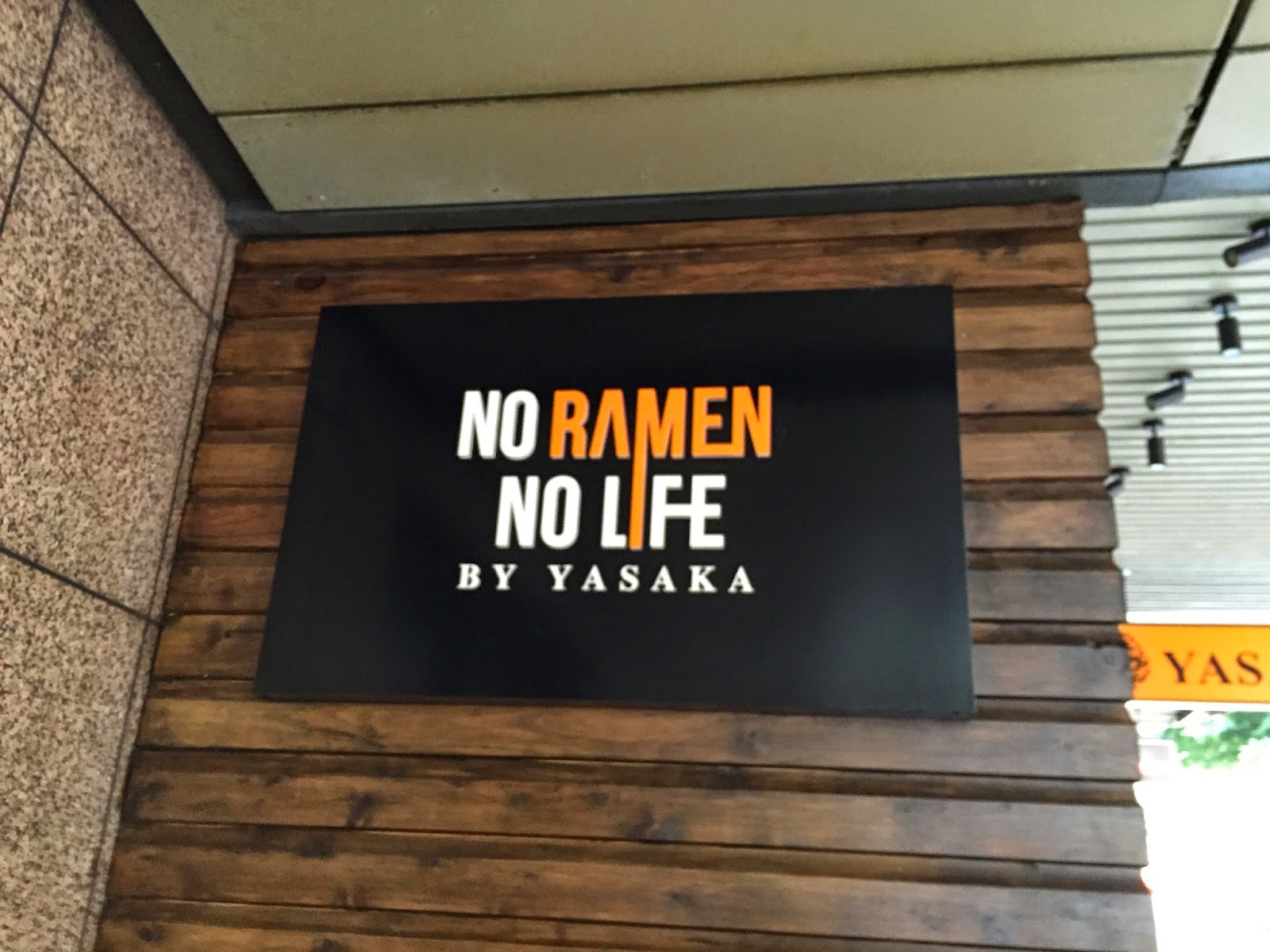 So in Austin we have two dedicated Ramen shops. To most of us growing up ramen was a 10 - 50 cent (depending if you go with the good stuff or not) package of fried noodles with a delicious hypertension inducing soup base. It's the mainstay of surviving on a budget in college so you can still have fun on the weekends. I hadn't had "real" ramen before trying it at Freddy's truck Michi (now a restaurant). It was a life changing event. I recommend the meat lovers in stout broth, on a cold winter day (heck even in the heat of summer) it'll do you good.

To my delight Australia is apparently full of ramen shops, granted quantity doesn't mean quality but just like most things I've encountered "down under" things are just a little bit different. One of the things I learned is that a lot of the shops here serve "thick" style broth. Now, being a fan of Michi's stout I figured "ok thick that's the stuff I want". Thick doesn't quite cover the description, I'd venture to say any thicker this stuff would be very close to the consistency of gravy. That was a more extreme example of thick, but in general the thick broth here is another level thicker than I'm use to. 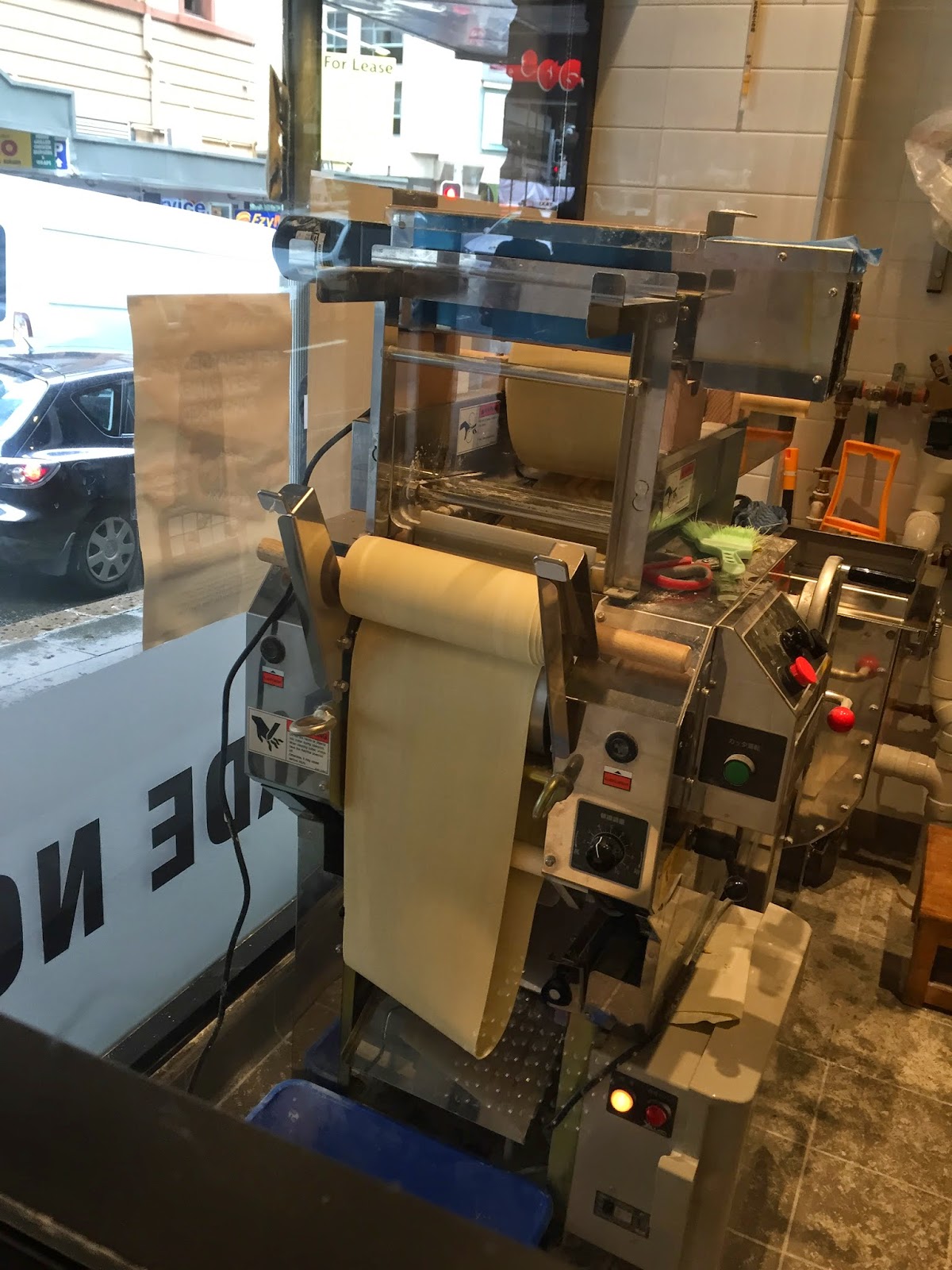 We did find this great shop down the street from our flat, Yasaka Ramen.  Honestly the fact that they had a ramen noodle maker in the front window really drew me into the store (that and their mantra "no ramen no life"). I didn't get to see the machine in full action, but it looks to be a multi step machine that takes flour and other ingredients and ultimately cuts them into noodles. They were in the "flattening and rolling sheets into large spools" stage when this picture was taken. 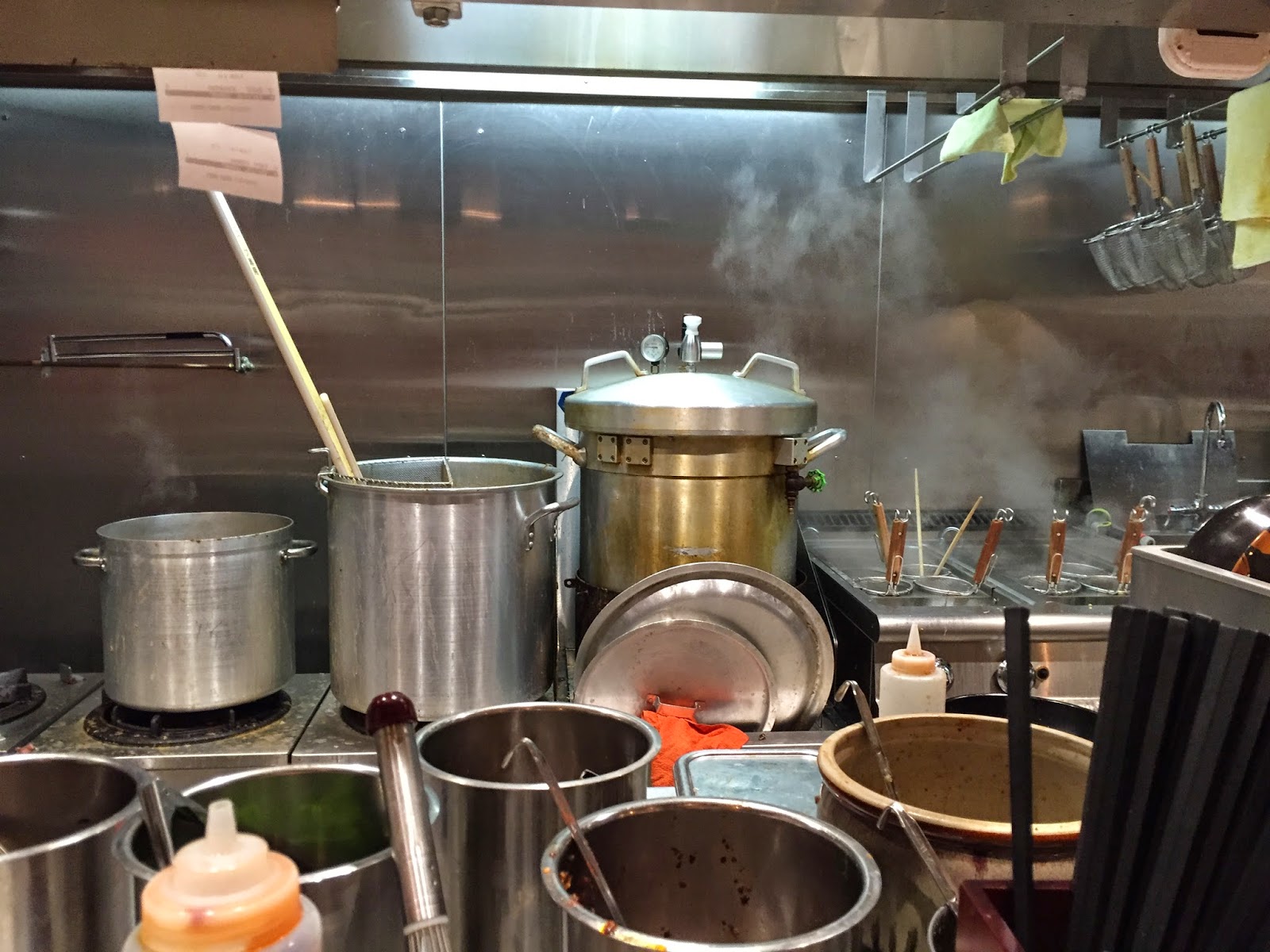 All of the broth selections were tonkotsu (pork) broth, you could select the black garlic, soy sauce, or miso with a variety of toppings. The broth was made in what looked to be the largest pressure cooker ever made. They had Charsiu braising in another pot. The operation was pretty impressive, two guys on ramen one person operating frying type stuff for Karraga and Katsu. 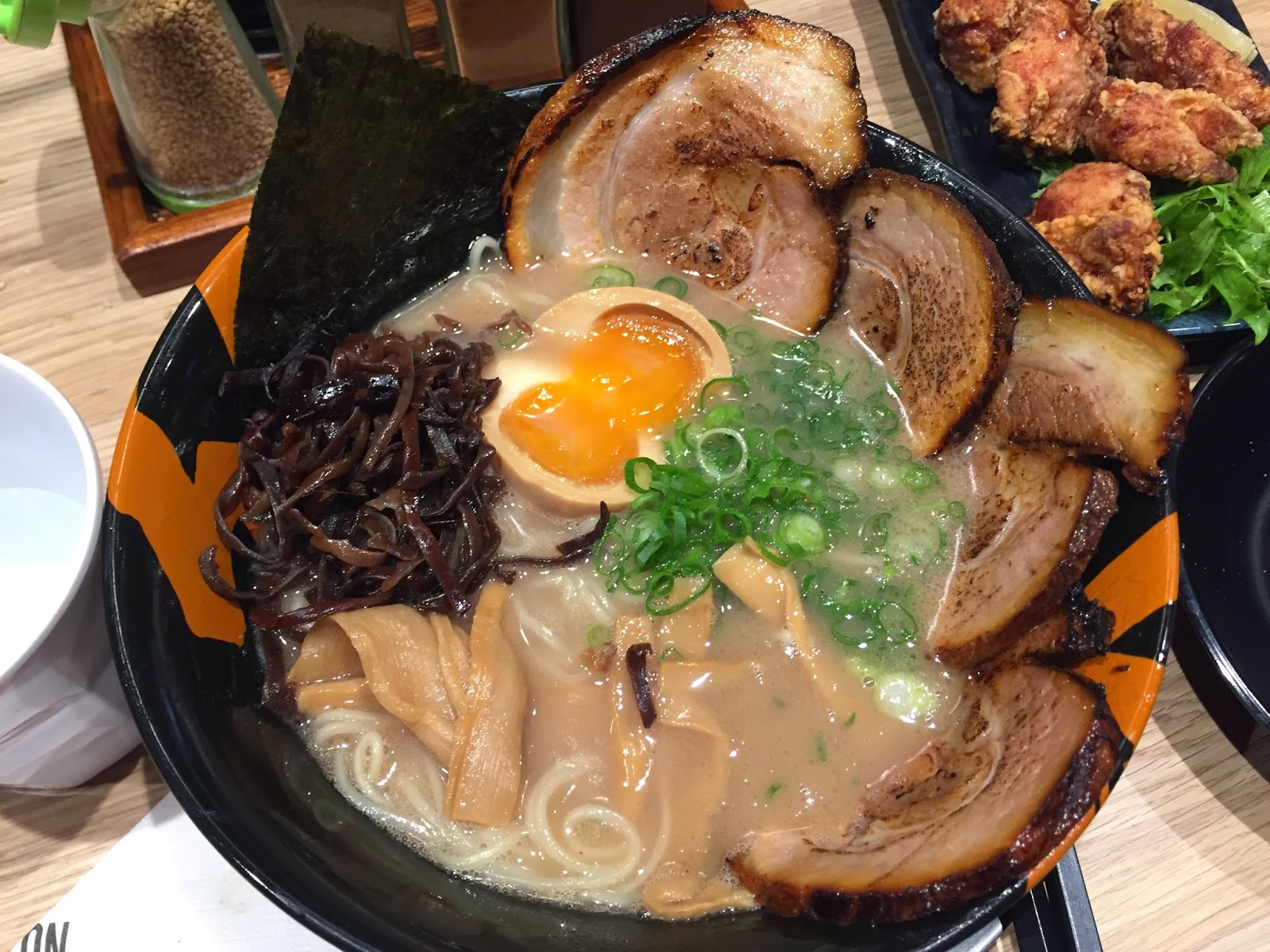 And the ramen? Delicious! Definitely go visit if you're in Sydney. We still have a small list of must try Ramen shops, so much ramen so little time!
australia noodles ramen restaurants sydney yammering