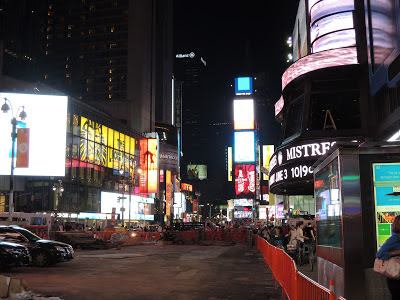 Day 2 was a bit uneventful food wise, but I'm writing it up none the less since I need to get back on the blogging habit.

We went and saw the Spiderman Broadway show (the picture is Time Square at night, we stayed right off Broadway). The show was quite good, the wire work to swing Spiderman thru the audience was pretty spectacular. Our seats were within 20 yards of the stage and we managed to get them at half price. I could have stayed a few more days just to catch a few more of the shows, they have a "day of" ticket counter where they sell excess tickets at half price and if you're willing to "get what you can get" it's a great value. 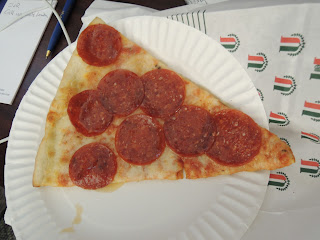 I got my obligatory slice of NY pizza. I have since cruised past several pizzerias and I regret taking the first slice I got. The pizza was still pretty good, but not anywhere near some legendary step beyond what I've had. I blame the fact that we didn't have many days in NY and there were a lot of food choices to pick from so i had to squeeze in what I could. 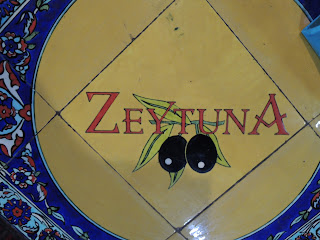 For lunch we went to ZeyTuna (we were still in the financial district) ZeyTuna was a market in the middle of the area, they featured a food bar/counter similar to the Wholefoods flagship we have in Austin. There was quite a variety of food and all of it was quite delicious (considering it was a buffet  priced by the pound). I've had plenty of disappointments where the food looked good in the case/bar and then the meat was dry or just didn't live up to expectations, this was not the case today lots of flavor and plenty of choices both healthy and otherwise. 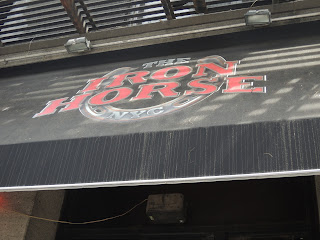 Finally we stopped by my friend's bar the Iron Horse. If you want a rowdy hootin hollering good time this is the place to be. There was a swing over the bar (actively being used by the bartender and patrons alike), shots of whiskey poured directly down someone's throat and a big cup of ice being thrown down someone's pants and all this was happening around 3:30pm. I can only imagine what happens prime time on a weekend evening. If you want authentic NY attitude and a place where the drinks don't stop flowing I've got the place for you.

Ok one day left then I head out to Boulder.